Dead Cats At the Check Out 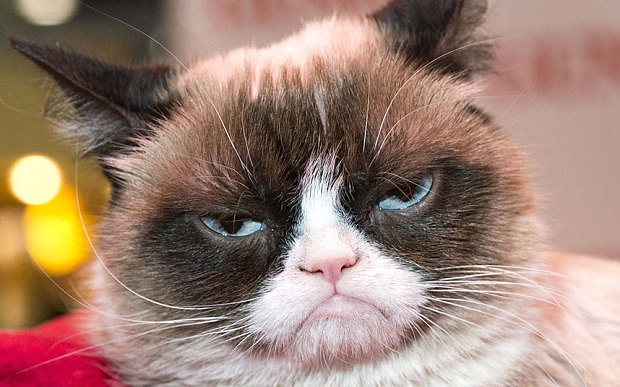 She was peppy and happy and I thought to ask why she was so happy while working.

The word "actually" told me that she was comparing it to something in her life; a former job or someone else who works, but I thought to specifically ask:

Subject.  "There's no drama here.  Most of the people here  are really nice!  I really like it here!  "

It is the absence of something that makes it enjoyable for her to work here.  This is a strong signal that she is likely still new and came from a job where there was too much interpersonal drama to make work professional while still being able to talk about private lives.  These types of jobs are known for drama and this is a signal that the recent drama likely did not turn out her way, so she got a new job...all my guess work from the introduction of 'drama' in the absence, or negative.  Instead, however, I decided to, like her, find out what was negative.


Subject : "Yeah, well, yeah, most of the customers are nice but some come in and say mean things but you don't know, they could have had a bad day.  They have a bad day but you have to accept that.  Something could be wrong and they snap at you, but they might have had something really go wrong in their day, you know? Someone could have, you know, had a bad day or maybe even something like, you know, lost their cat or it died and they are snappy because of it."

She introduced 'dead cat' to our 'interview.'  It had to come from somewhere.  It does not just magically appear in the brain. This was from 'left field' and I immediately thought of all those 'dead cat jokes' I have heard over the years but knew not to make a joke:  she is up, and suddenly she is down and a dead cat entered her language while at her job.

Since it was so unusual, and because she introduced it, I asked.  Most people love being interviewed, even if it is just a customer.  We love to talk about ourselves.

There it is.  It was on her mind, and it entered her language to a stranger.


Subject:  "Yeah, but you get attached to them, you know.  It is not that easy."

I heard "you" and wondered about the distancing language.  It made sense now, that she is close to her friend, her friend lost the cat, but I don't think she currently has one.  My guess was that she did not have one but wanted one.

Subject:  (calling after me pushing cart out the door)

"Hey, it was really nice talking to you! Thank you!!"

Peter Hyatt as Statement Analysis Blog at 10:14 AM

Haha. Having fun using SA in everyday life. Thanks for sharing!

I came THISCLOSE to making a 101 Dead Cats joke but refrained myself.

Cats have bored me.
I was spoiled many years ago when I wrestled a cougar cub. After that, I lost interest in house cats.

"Yeah, well, yeah, most of the customers are nice but some come in and say mean things but you don't know, they could have had a bad day. They have a bad day but you have to accept that. Something could be wrong and they snap at you, but they might have had something really go wrong in their day, you know? Someone could have, you know, had a bad day or maybe even something like, you know, lost their cat or it died and they are snappy because of it."

She uses "you" alot.
Is she having a hard time accepting people have bad days and snap at her? Is that why she doesn't commit to it by using "you" instead of "I"?

By the way, did you record thid conversation or do you have a very good memory? ;-)

Yesterday, I spent the first half of the morning explaining SA to my husband and oldest daughter. My oldest ("The Firecracker") has tried to lie to me in the past, so I REALLY ENJOYED explaining this to her. <3 After a summary, I said, "Lie to me."
She thought for a minute. "I only ate one Cosmic Brownie yesterday."
"When?"
"Oh, I ate them around 2 or something." She stopped, and burst out laughing. "OH MY GOSH, I said 'I ate THEM' and gave MYSELF away!" :D :D :D

I explained the free-editing process to her, and she said, "I wonder if God designed our brains to tell the truth, and then sin made us lie."

Peter, you've been wrestling a narcissistic sexually charged cat all week. You needed a little levity.

What in her statement signaled to you that the friend had run the cat over instead of it just dying naturally?

Will you be doing analysis on Timmy Madden's jail interview? I'd love to read what you think about it.

Surprised you don't like cats. I LOVE cats! They don't run in packs, don't bark, or nip at your heels. They are very gentle, sweet, almost angelic; just want to be petted and loved. All they do mostly is lie around and sleep, waiting to be fed and petted a little. Our big barking dog, sweetest brute dog that ever lived, dearly loved our kitty and protected her. I miss them both dearly. ABB

I would too! I can't believe people believe his protestations of innocence and are defending him.

Peter, I posted the link and transcript in the sexual molestation post. I find it textbook for the number of statement analysis red flags.

This is why i always chat to the bus driver/taxi driver/ shop staff/pretty much anyone.
They could be having the worst day where nothing goes right, they could be feeling poorly, alone, sad and i could be the only one who talks to them asking how they are and trying to make them smile even to giving them a hug, paying them a compliment.
A simple smile, or hello or hug, even to holding the door open and saying c'mon on through i am practicing for my door holding exam, can be the one thing that brightens their day.

Plus, it makes for great practice on the fly,shhh :)

Get a cat Peter and train it like you would a dog, they are real smart :)

Clever!
How did you know she ran it over??

Peter, I have been off looking at pretty little cat photos and I just can't imagine that you don't like cats! That was a mean looking one you posted on this article but really, cats aren't like this. It takes something or someone to provoke a cat to this kind of anger. I just hate it when I see photos of someone agitating their cat and thinking this is funny. It isn't. They are very gentle and sweet spirited animals. ABB

I get the sense the girl at the checkout was/is lonely. She thanked Peter for talking to her. Also, her "upbeat" demeanor comes across a little too much like she's trying to convince herself? In any event, it was kind of Peter to take time out of his day to talk with her. I hope she got a cat. :-) It is disappointing to hear cats bore Peter. However, he didn't say "I hate cats" so I won't hold his statement against him. ;-)
-Mary

There are cat people and there are dog people. Peter is just a dog people :) it makes sense. Dogs are more open and easy to read. Cats are mysterious.