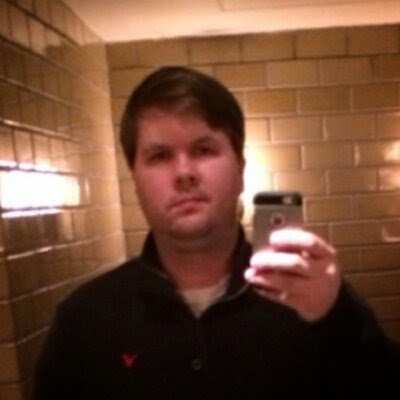 He killed his son, just before his son's second birthday and here he argues against abortion.  The statement should produce some interesting comments...

This comment only shows your own ignorance. I know plenty about abortion, and just because my opinion differs from yours, you feel the need to say such a comment? I feel very strongly about this issue and I will not keep it to myself. If people kept their opinions to themselves, there would still be slavery, suffrage, abolitionism, etc...

Don't have the means to support the child

Having an abortion because of #1 only validates my argument. Because abortion in my mind is killing a child, you're going to do it just because you can't support it? Yeah that sounds pretty terrible to me. Sex is scientifically designed for one thing and that's to reproduce. Does it feel good? Yes but it's just a side effect. If you can't support children, don't have sex, don't have abortions.

Health of the mother

This is actually a grey area for me. And there are other circumstances that I have some very mixed opinions about when it comes to abortion and life threatening illness during pregnancy.

Sure, some people don't give a shit, walk in and out and go on with their lives, but with most people it's a very difficult decision.

These are the people I'm talking about. They go in, get one, don't care about the life they just ended, and live with a heavy conscience most of the time.
Again, I base all my opinions on the idea that abortion is ending the life of a child. I'm not saying it's murder because our laws say it isn't, and I'm find with that. That's why we have a free government to get laws changed if we feel strongly enough about them. But I do firmly believe that abortion is the killing of a unborn child. Although I am religious, it has nothing to do with religion for me.

You're kidding right? Killing a person (in the sense of abortion) is selfish and malicious with the intent of only satisfying you're own personal agenda. The killing of animals is intended for purposes of food distribution. Which, even from a biblical standpoint, is why they are here. Granted I know that it is a for profit business, but it's where I get my protein. Killing an unborn child is only for the purpose of convenience.

The reason most religious people believe abortion is wrong is because they fall on the side that it's the killing of a child. Personally and scientifically to me this would be the case. But religion aside, I think taking the life of an unborn child is wrong. So if I personally believe, without any religious influence, that abortion of the killing of a child, why shouldn't I fight it tooth and nail?
Peter Hyatt as Statement Analysis Blog at 2:39 PM

This reminds me of a conversation I had with a young lady that felt abortion was wrong based on the 10 commandments. She had her sister's toddler and was alone because her "husband" had been deported though they paid thousands up front, the lawyer was too late in filing paperwork. She wanted 10 children and had her sister's child because she was bi-polar and unfit.

She gave me her phone number which neither matched the state she said she was from nor the state in which she currently lived. However, she'd been given strict orders to see that an accused got all he had coming to him because of child abuse claims.

Later I looked for people who may have lost a child and found a woman that looked as though she may have been related. She'd been murdered and only one child taken.

I decided to let it slide because there's way too much accusations flying in this cruel world and the odds of it being her would be slim and none.

Abortion is a complicated issue. I am curious about when his comment was made and about what the heck happened to him. Eager to read analysis by someone with more experience.

O'tay! Now who says what in this dialogue obviously hunted down on the 'net?

When were these comments made? Recent enough to have been planted intentionally to persuade against him being able to kill his son.

It's sort of a rambling thought-stream with the recurring theme: 'killing a child'. With his spelling mistakes and logical fallacies he does not come across as a highly intelligent individual. That explains the sloppy executed crime.

JRH thinks abortion is killing yet he doesn't see it as murder.


He says: Having an abortion because of #1 only validates my argument. Because abortion in my mind is killing a child

He goes on to say: I'm not saying it's murder

Then he says: But I do firmly believe that abortion is the killing of a unborn child.


My mind took me along the path of he doesn't regard this as murder because abortion is in his mind killing a child and it is legal.


Health of the mother

If abortion is killing a child, what did he do?

Is this to be considered a very late term abortion?

it reminds me of a sketch from not the nine o'clock news when the mom wants an abortion and the dr asks how far along she is and she asks her grown son how old he is?

His previuos comment about no malicious intent leads me to think an altruistic killing, the parent (often the mom) believes their child is doomed to hell if they are allowed to live and thus by killing them , she ensures they go to heaven.
is this why he was killed?
it fits in with the mom's words about him not having to live in a broken world (although it would seem ok for any other children)

So far for motives we have altruism, we have financial (insurance on the son and a lot of debt by the father) we have infidelity on the part of the father ( divorce means no child support)
We have the mom referring to the dad as leader.
We have indications of shared guilty knowledge if not guilt.

I thought JRH thought he was going to get away with murdering Cooper because LE would see it as a 'no malicious intent' death of a toddler and JRH didn't think he'd be going to jail.

I think he was surprised at LE finding the evidence he murdered Cooper they found, or indeed even looking for it.

I found the detective used lots of statement analysis along with his other evidence; he seems smart and confident.

I read these opinions as just talking to be heard, to have attention focused on him.
Whether any of this is a permanent belief is anyone's guess, I just think he liked being "the leader", the in charge person.

This will be controversial for me to say, but, Ross Harris's opinions about abortion are interesting for this reason: I would guess a small percentage of pro-life advocates are sociopathic (not because they are pro-life!!!) as it is a good avenue for someone to try to exert control over another person by forbidding them and condemning them for having an abortion.
To explain further, Ted Bundy once volunteered at a suicide prevention hotline as a suicide prevention counselor. His coworker spoke highly of him. When asked later on why he had volunteered to be a suicide counselor when he clearly was a person who rampantly killed others, Ted Bundy replied that he wanted to be the one who decided when someone died (!)
I am not saying I believe abortion is murder, because I don't. However, the desire to control women (women who a person does not even know or know anything of their circumstance, for example, were the raped, are they living in poverty or violence) who seek one can oftentimes be indicative of someone who has severe control issues that will also manifest in other ways. This is not to say that anyone who is pro-life is controlling but the people who are so quick to condemn, insult and control others seeking an abortion are showing a side of them that speaks to a very controlling and domineering disposition.

Killing a person[...] is selfish and malicious with the intent of only satisfying you're own personal agenda. ... Killing [...] is only for the purpose of convenience.

So based on what Ross Harris says about killing a "child" (he frames it around abortion (of a fetus), however, killing a "child" is killing, right?) So at the end of the day, can we define Ross Harris', the person, as selfish and malicious and self-satisfying? Could we also say that he considered having Cooper/being responsible for him inconvenient? That Cooper was too demanding/displacing when it came to personal schedules/wants/needs and that he interfered with what was on the (personal) 'agenda'?

He uses the word child in reference to who is being killed. Was Cooper abused?

Where did his statement on this come from and when was it written?

Ross Harris wrote about the health of the mother being endangered by pregnancy "This is actually a grey area for me. And there are other circumstances that I have some very mixed opinions about when it comes to abortion and life threatening illness during pregnancy."

My opinion is that when you have extremist pro-lifers who are not able to say that life-threatening illness in the mother is grounds for an abortion, you have a person who is saying that the life of an adult woman (incidentally the mother of the fetus who would be caring for the baby) is not important, and you have a person who is a very punishing and dictatorial individual who feels they can make sweeping claims about when a women deserves to live or die.
I have known such individuals and they are very abusive individuals who actually do not respect human life as much as they make claims that they are 100 % "pro-life" they actually take a cold, callous view of the life of the mother.

Did Ross abuse his baby? Probably. I would also guess he abused the mother quite severely although much of it may have been severe mental abuse. How that factors into everything I don't know, but it seems Ross Harris was a very demented individual probably beset with severe psychological problems.

I think this is part of his possible death obsession. Whether he claims he's pro-life or pro-choice, it's still a death topic.

He was very active on Reddit. I'm assuming the comments were made there. I don't remember his posting name...something like roscous or roscousa? But if I find it again I'll post it.

Cobb County Police Department Detective Phil Stoddard told the court that before little Cooper Harris died, his father took him to a Chik-fil-A restaurant for breakfast and while buckling the boy back into his car seat, "Cooper gives him a kiss and he [Harris] gave him a kiss back."

Stoddard testified that before the boy died, Harris had visited the website Reddit to search for articles on life without children, and viewed videos on Reddit that showed people dying -- by suicide or execution, in some cases.

Funny I am one of those 100% pro-lifers who doesn't view the life of the mother is more important than the child's. Rather it is equally important. Doctors should perform life-saving procedures on the mother and if the baby dies as a result, it a tragic consequence, not a deliberate action. I guess I am a young woman who is dictatorial and doesn't value the life of women... whatever.