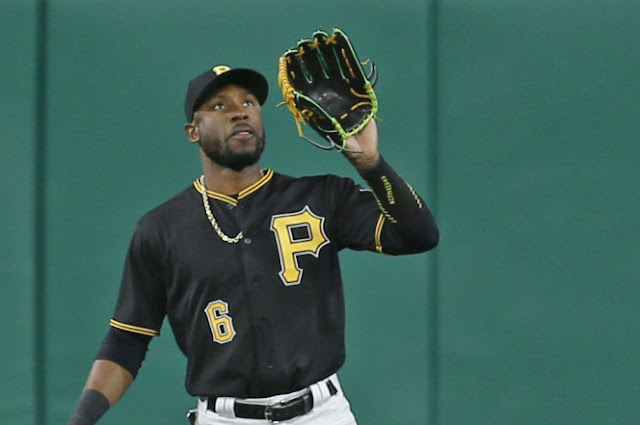 Does he take personal responsibility for cheating with steroids?

Using steroids is cheating to gain an advantage over both competition for his spot and versus his opponents.


“In this very difficult moment, I apologize to my family, the Pittsburgh Pirates, my teammates, my fans, and baseball in general. Neglect and lack of knowledge have led me to this mistake with the high price to pay of being away from the field that I enjoy and love so much. With much embarrassment and helplessness, I ask for forgiveness for unintentionally disrespecting so many people who have trusted in my work and have supported me so much.”

We now know it was not his fault.

It was neglect and a lack of knowledge that pushed a large needle into his buttocks and delivered 12 weekly dosages of Deca Durabolin  per cycle,   to make him into the All Star player he has become.

It is not known what "neglect" he references, nor what his "lack of knowledge" may be, though it may be that he lacks knowledge of the lasting PED tests, or masking agents that did not work as expected.

"Neglect and lack of knowledge have led me" is also passivity usage.

Note he did not say "neglect and lack of knowledge led me" but "have led me", which is an indication that his steroid usage was likely extensive.

The "unintentional disrespect" may be the clean players he beat out for a position which led to his $36 million dollar contract.

He does not take responsibility for his action.
Peter Hyatt as Statement Analysis Blog at 8:18 PM

Why is it ok for bodybuilders to stack roids and mislead boys to believe hard work and proper nutrition will make them a champion? Its all roids. So, in baseball some are using? Big deal. Look at the covers of those bodybuilding magazines. THAT SHOULD BE CRIMINAL.

yeah, that makes cheating in baseball and other sports ok that a bunch of weirdos prance in bikinis juicing up???

idiocy should be criminal.


He should be banned, for LIFE from baseball

Maybe prison too Lynda. How long, life or double life?

He betrayed his teammates and unleveled the playing field by using PEDs. He was paid money he knowingly didn't deserve. The MLB needs to tell him: YOU'RE OUT!

I came upon this vid and was wondering....What would Peter have to say, analisticly, about this interview?
Does she has an honest recollection of what happened to her or is she living in a fanatsy world?

If it was JUST SPORTS, why cheat to start with?
It wasn't just sports if someone​ has the need to be "the best" and there for needs to cheat. In sports there are made BIG DEALS! Just look at the transfer money that is paid for many of these sporters! Sommige you are right at one thing.......Sport is Big deal!

He betrayed himself, as a man.

There are a lot of kids who look up to him and emulate him.

Do you think they are betrayed?

The lack of personal responsibility and civil concern for others is astonishing.

Anonymous said...
Are you claiming the use of PED is immoral? What about the widespread use of cocaine and alcohol off the field? That betrays & harms everyone near them. On the field performance enhancement is demonized but hurts no one. Off field, track, ring, arena recreational substance destroys but involves no witch hunt. Astonishing misguided and misallocation of civil concern.


Yes, I am claiming that the use of PEDs is immoral.

Next, you point to something unrelated: cocaine and alcohol off the field.

Astonishing lack of logic by anonymous leftist that has become routine:

The inability to follow an argument and the need of diversion used to insult rather than think critically.

Peter if you were as moral as anonymous, you would not care about steroids, you would be taking cocaine addicts into your home like she does.

Does it ever end?

did she read about how the steroid user cheats other players out of jobs?
did she read bout how kids emulate these players especially in high school and start screwing up their health with steroids just because the stars do it? enflamed prostrate, increase in cancer, steroid rage and violence, gynmastia (no wait, a man with boobs is a civil right today, or is that civic right!)

that anonymous poster hates you so much she is willing to sound like an idiot in an attempt to condemn you what did you do to her? why would she even read here?

Some of you are so ideologically biased that it borders on derangement and wilful blindness. The empowerment of controlling the narrative!! with a delete click, ridicule and sycophantic support. You are just like the leftists you ridicule.

How can you say something that despicable? And how can Peter Hyatt not remove it? Now disagreement equates hate? Is not removing the comment for the purpose of claiming victim status and gaining support based on propaganda? Again, what despicable, distorted and unchallenged commentary.