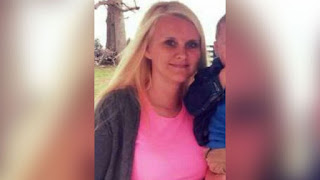 Crystal Rogers is still missing, with police quiet on the investigation.  If a lengthy non-contaiminating  interview of Brooks Houck was done, the transcripts likely hold valuable information into what happened and where her remains may be found.

Bardstown PD has not revealed why he was originally suspended, nor the cause of the change of status.

Crystal, a mother of five, went missing on the 4th of July.  Her fiance, Brooks Houck, went on the Nancy Grace Show where he was indicated for deception.

“All of my efforts in searching for her have been done behind the scenes with the Nelson County Sheriff’s Office."

“I’ve been 100% completely honest with everyone. I’ve been 100% cooperative in everything that that has been asked of me. I’ve not asked for any kind of legal advice or assistance, an attorney of any nature. I’m 100% completely innocent in this and I have exhausted my efforts with the law enforcement agencies to gather all the facts necessary to allow me to have a clean name again,”

There are important elements within this statement to note:

1.  The word "with" between people (departments are made up of people) indicate distance. What causes the distance, however, is not always known, nor nefarious.  It could be geographical, or strategic. At the time of this statement, he reveals here that the psychological distance has to do with information.

"I've been 100% completely honest with everyone."

The psychological distancing in his language has to do with his being "honest", which now is viewed: 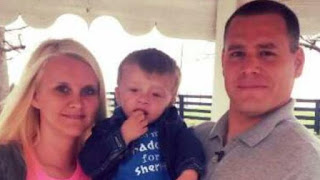 What makes "honesty" so sensitive?

Once we add in percentages, there should be no change in language, and if one is "100% honest", there is no element of dishonesty.  To add "completely" to the percentage, itself, now tells us that in his mind his need to persuade is desperate.

Not only is his "honesty" an issue, but is his cooperation.  Both of these should be taken together and not separated as it shows:

He understands that "cooperation" requires "honesty"; so we first note that his level of "honesty" is sensitive to him, but so is his cooperation:

It is his "innocence" is also "sensitive" in his language.

Please note that he is:

What caused the reduction?  What caused it to be 'less' sensitive in his language?

The context answers the question:

In context, he answers the question:  "I am 100% cooperative in everything that has been asked of me."

This is to avoid his pattern of "100% completely cooperative" or to say:

This is still not to say he "did it" but that there are things he may be waiting to be asked about.

The Reliable Denial contains 3 elements and 3 elements only.  If there are 2, or if there are 4, it is no longer reliable.  If it comes after time, as in preparation, or not in the free editing process, it is no longer "reliable."  This means that one who simply reads a prepared statement that says, "I did not kill my fiancé, Crystal" is not speaking freely.  In fact, this is something that the innocent (de facto, not simply judicial) say early, and often, if necessary.  It is the basis of their argument, front and center in their interview.

Often, a police officer who has completed an interview will say, "Are you kidding me?  This guy did nothing but deny it and I have nothing!"

I say, "Let's find out.  You may have a report where you write that in more than 2 hours, the subject did not deny..."

This is sometimes met with more than just gentle skepticism.

If we are fortunate enough to get transcripts, the proof will come, but it will take hours.  Instead, I view the tape of the lengthy interview, with pen in hand and after more than 2 hours I report back:

"Not once did the subject tell you he didn't do it."

When the transcripts are produced, it is all the easier.

Not only am I able to show that no Reliable Denial exists, but the subject has used a half-dozen unreliable denials in its stead, simply to avoid the internal stress of an outright lie.

Objection:  Sociopathic killers don't have a conscience therefore, they don't feel this internal stress you are talking about.

Answer:  Everyone, including true sociopaths, feel the internal stress of a direct fabrication.  This is the centerpiece of all interview and interrogation.  The answers are processed in the brain in less than a micro second of time with the brain choosing the words, the verb tenses, the syntax, and the order all in an almost instantaneous measurement of time.
When one goes to answer and deceive, going into this memory bank of words causes them to have a 'halt' or 'delay' in time processing as they attempt to avoid self implication.

This pause in time is the main cause of stress, not the conscience.  The conscience is a useful tool, but it is secondary in implementation of technique by the interview.

We do not rely on the conscience of a criminal mind to guide us.

Within the transcripts of any lengthy interview by Brooks Houck may lay the inadvertent release of information on not only what happened to Crystal, but where her remains may be found.  This is simply because when he went into his personal dictionary, with the average of 25,000 words, he had to choose which words to use, and which to withhold, or even suppress, and then order the words, themselves, and due to such a brief time period of choosing these words, as he goes into his memory, words 'leak' out that show exactly what he was thinking of, as he attempted to deceive.

Finally in his statement on national television, he gave us his motive in life.  Would it be to find his missing fiancé and mother of his child?

We all give ourselves away.  We do what we believe.

I have exhausted my efforts with the law enforcement agencies to gather all the facts necessary to allow me to have a clean name again,”

Here we see his motive.

Police have not told the public why they suspended his bother, nor why they changed the status of the suspension.  The silence tells the public that it is related to Crystal's disappearance and they are wise to protect the information now, while they continue to search for Crystal.

They would be wise to have not only a highly trained analyst go over the transcripts with a fine comb, but to have one with much experience in this, who understands the inadvertent release of information, including what signals suppression versus a lesser stressed withholding.  The subtle nature of the inadvertent release of information is such that it raises questions, not answers, and is subjective, not objective, and the questions can be then put to the investigators, themselves, as a team, or to even family that is known to be cooperating with the investigation.  This "cooperation", in context, is specifically family that will not go to the press.  The information cannot be shared with potential defense attorneys who will derail the investigation before answers are found.

Eventually, the list of questions can be posed in the re-interview of the subject, himself.

Just as Houck gave much information when he spoke on national television, he likely gave much more to police, if the interview was conducted in a non-contaminating manner, as he sought to not only press his case for innocence, but to persuade police as to his cooperation.

What he learned from his brother, or if his brother gave any assistance to him, including law enforcement's strategy, internal thinking, and so on, only compounds the tragedy that is unfolding for the family, children, parents, friends, and community.

This is one of the best tools for Cold Cases to use.

Many cold cases have the answers within them, including confessions by pronouns.

Peter Hyatt as Statement Analysis Blog at 11:09 AM

How many of these "cold case" stalkers are actually paying you, Peter?

It's a no brainer that someone working for a law enforcement agency, who has a brother who is under investigation for a possible homicide, by that same agency, will have a conflict of interest.

Nick Hock should have been relieved of duty in July, but no doubt that some regulation or policy prevented it.

This pause in time is the main cause of stress, not the conscience. The conscience is a useful tool, but it is secondary in implementation of technique by the interview

This is a most revealing statement Peter. Makes perfect sense and blew my mind that it comes down to something so simple in dealing with a sociopath. Wow.

OT - I found this on Go Fund Me. There are several elements to this story that strike me as very odd. The mother is alleging that her baby was switched at birth with a stillborn.

KC - I read her site but I can't work out what she is saying, or how she is making the connections she does between all the people she writes about to her belief that her living baby was switched with a stillborn baby, or how they might all somehow be involved in covering it up, or what the murders are about - it's so confusing.

Off Topic, but a familiar type theme here. Is she ying about this?

KC - her site lacks a clear concise synopsis - if she added one it would be so much easier to follow, as the events cover years.

Juliet -
I completely agree. That's why I was hoping Peter might take a look at it. I've found through other articles that, according to her, the baby was taken immediately after birth and allegedly switched with another stillborn child. I think she thinks that her baby boy was given to another family while that family's stillborn child was given to her. What I don't understand is the issue with the police - is that the biological family of the stillborn child or does he know them??

It seems hinky! Why did she/her sister have to 're-create' the note? She doesn't explain why that was necessary. Seems like an important detail to include when she is showing a note that is not the original.

Although she claims the manager sided with her, and asked them to leave, the article says they finished their meal, and then were asked to leave. What else would they do after they finished eating? So despite her attempt to make it seem as though they were punished by the manager, it doesn't seem as though that took place. I also noticed the manager made comments about the fact that the restaurant is normally loud, and that she and her baby are always welcome there, but he did not confirm that he asked the ladies to leave.

So basically, she got a free meal, and a viral news story. The supposed culprits of the 'mean' note are not identified, despite her saying she wants them to feel embarrassed.

a simple dna test would put the media fueled hysteria to rest. No notes, no videos, just a Q-tip and some wait time.