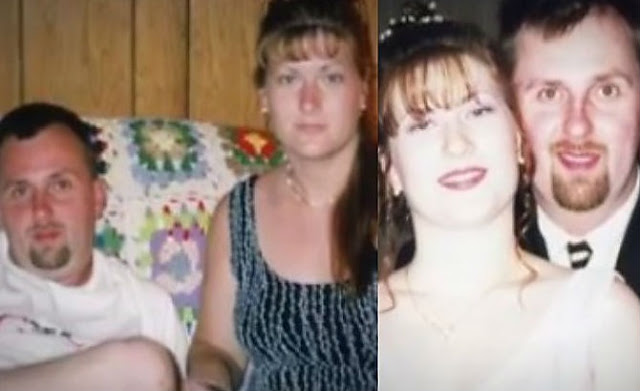 Here is a news story submitted for analysis. It shows a good, simple, example of reliability versus unreliability and how the brain works in avoiding the internal conflict over going into experiential memory and attempting to deny that which one cannot.
From NBC news:
"Indiscretion"The story of Heidi Bernadzikowski, a 24-year old insurance company receptionist who was found murdered in her living room. Her boyfriend, whom police suspected all along, was finally brought to justice over a decade later. Stephen Michael Cooke, Jr., is currently serving time in prison for her death. The hit men that he hired, Alexander C. Bennett and Grant A. Lewis, were also convicted.Law enforcement officials now know that Stephen Michael Cooke, Jr, hired two hit men to kill his girlfriend. Investigators say the motive was a $700,000 insurance payout in death benefits. Heidi was found dead in the front room of her home with her throat cut. The number “1” was scrawled in lipstick just above her body. Heidi’s boyfriend, Stephen Cooke, found her after arriving home at about 9 p.m., that night.Cooke is the one who made the frantic call to 911, where he told dispatchers that he found his girlfriend murdered. The Baltimore Sun reported back in 2000 that an elderly neighbor saw Heidi Bernadzikowski when she arrived home from work hours earlier. According to the neighbor, identified as Reggie Evelyn, about 30 minutes after Heidi entered her home, he heard the sound of several people running around inside her house, which was located in the 2200 block of Codd Avenue in Dundalk, an unincorporated part of Baltimore, Maryland.“I definitely heard some kind of noise. I assumed it was [neighborhood] children. I heard a noise like children running around inside, but I knew she didn’t have any children.”An autopsy report later concluded that the young woman had been strangled to death. The community was in shock as they learned the details of her murder. People who knew Heidi say that she had a bubbly personality who was focused on making her life better. Despite her past problems, at 24, she had found a career that she loved, and a boyfriend whom she loved and trusted. Sadly, she had no way of knowing that he man that she planned to marry would be the same man who would orchestrate her killing — and all for money.The police tried desperately to find something that would connect Stephen Cooke, Jr., to the case. But the investigation eventually went cold, until 2012, when DNA connected Alexander Charles Bennett to the case. At the time, the public didn’t know that Bennett was connected to Stephen Cooke. After tying up all the loose ends of the crime investigation, police moved in and arrested Stephen Cooke in 2012, along with Grant Lewis. Heidi’s mother, who was still living in 2014, stated that she was glad that they finally got justice in the case, and in their hearts they always knew that Stephen Cooke was behind it. Her parents took Cooke to court over the insurance money, just a few years after her death. Prosecutors say that Alexander Bennett was the one who killed Heidi in her home that day.........................In part 6 of the episode "indiscretion" Heidi Bernadzikowski's boyfriend Stephen Michael Cooke, Jr takes the stand about his possible involvement in her death.Defense Atty. LeCompte:"Now, Steve, you've heard through testimony that you arranged for Hiedi's murder via the internet. Did you do that?.Cooke: Not at all. Not at all. I didn't--I didn't have anything to do at all to do with Hieidi's murder.

In his answer, we view the question: "did you do that?" follows "...that you arranged for Hiedi's murder."
The best answer for him to give is "no" by itself.
"Yes or No" questions are less stressful for deceptive people as one may concentrate on anything while saying "no"; and, in their own minds, they could be saying "no" to just about anything they wish to deny.  The reduced stress is specifically related to the core of information:  he does not have to use words from experiential memory to say the word "no."

Therefore, we note every syllable of every word that follows the answer, "no" in the response.
Here, however, we note that he does not use the word "no" as a response.
"Not at all" is to encompass more information, using the word "all."  This is initially noted, yet we find that "not at all" is repeated.  Anything that is repeated is to be considered 'sensitive' to the subject, elevating its importance.
He then continues to speak

"I didn't--I didn't have anything to do at all to do with Hieidi's murder."We find a 'self-censor' or a 'halt' in language with, "I didn't..." which is then repeated. Is he normally one who stutters? We continue by noted that he did not say, "I didn't have anything to do with Heidi's murder" but adds in the words "at all", which are not necessary.
What should an analyst think of "I didn't have anything to do with Heidi's murder" on its own?
1. We must note that this is not what he said. He first stopped this statement.
2. He added in the unnecessary words "at all"
3. This is not an "open statement" in the sense that context is key: it is in response to a direct question.
Let's say that he did not halt on the pronoun "I" and he made this statement in the initial interview, freely, and early in the interview. This context would strengthen it.
The process by which we freely choose our own words is where lie detection is successful: when one is choosing his own words, his own syntax, his own order, and so on. Even coming close to parroting from a question reduces reliability.

Reduced reliability does not mean "deception indicated" but that the reliability of the statement is in question, and more analysis is needed.
One may not give a reliable denial initially, but when getting the subject to go off in volume of words of his own choosing, he may.
Then we have this.Defense Atty. LeCompte:Why are you testifying?.

This is a very good question. The only word that is parroted is "testifying", which is appropriately so. This is the perfect opportunity for the one who did not solicit another for murder to say so.

We began our analysis with an unreliable denial, therefore, It is the time to declare the truth: Cooke:I'm testifying because I want my family and friends, and I want Hiedi's family and friends too--to know the truth. And for 15 years, they haven't heard the truth. For 15 years, I''ve been blamed for some I didn't do. I didn't kill Heidi.
The subject gave a reliable denial when he freely said, "I didn't kill Heidi."
This is very likely (statistically) to be true.
The problem?

He was not accused of killing Heidi; he was accused of arranging for her murder.
Had I been falsely accused of hiring someone to kill her, I would have simply said,
"I'm testifying because I did not hire Bennet to kill Heidi."

Thanks to John for the article.

Peter Hyatt as Statement Analysis Blog at 11:30 AM

OT:
According to this research, this psychopath could have been avoided using this method:
http://ovens.reviewed.com/news/like-bitter-foods-youre-probably-a-psychopath?utm_source=usat&utm_medium=referral&utm_campaign=collab

DNA tests show that the remains of a child found in the Garfield Park Lagoon are not those of a 2-year-old boy who has been missing from Gary since July, authorities said.

The FBI laboratory in Virginia notified detectives Tuesday that DNA from the remains did not match King Walker’s mother, Ariana Walker, according to a release from the Gary Police Department.

King and his 21-year-old aunt Diamond Bynum disappeared from Gary’s west side on July 25 after apparently leaving the Bynum home in the 500 block of Matthews Street, police have said.

Authorities are still waiting for DNA results on another missing 2-year-old boy, Kyrian Knox, who disappeared from Rockford at the end of August. Kyrian was reported missing Sept. 17, but police said they believe the boy was last seen around Aug. 20.

Authorities initially found the foot of a toddler in the West Side park’s lagoon Sept. 5. Over the next two days, officials found a child’s head and other remains. The lagoon was drained during the investigation.

Investigators believe the remains are those of an African-American boy, but officials cautioned that the body could be of a "mixed-race heritage" child and possibly a girl. The toddler was most likely about 2 years old, investigators have said.

Finally, a case that didn't stay cold. From CNN:

Thanks to DNA evidence, police in an Oklahoma City suburb arrested a man in an 18-year-old child abduction case, authorities said Tuesday.

Kirsten Hatfield, 8, disappeared from her home in Midwest City one night in May 1997.

Police said the second-grader's bedroom window was cracked and her underwear was found in the backyard, according to CNN affiliate KOKH.

A former neighbor of the girl, 56-year-old Anthony Joseph Palma, was arrested Monday and charged with kidnapping and first-degree murder. Authorities filed the murder charge because they believe Kirsten is dead, Clabes said.

Authorities were led to Palma after a new investigator assigned to the case last June realized the FBI or the Oklahoma State Bureau of Investigation had never tested some of the evidence, Clabes said.

Using DNA technology that is more advanced than it was in 1997, lab technicians discovered blood from the window sill and the girl's underwear came from an unknown male, he said. Investigators ran that DNA through a national database and didn't find a match.

Authorities then tracked down about 10 men who'd previously been questioned and asked for DNA samples, Clabes said.

One of them was Palma, who lived just two doors down from the Hatfield house and had been interviewed twice in 1997, Clabes said.

Palma told investigators he was in bed the night the Kirsten disappeared but awoke about 2 a.m. because a dog was barking, KOKH reported.

He said he wasn't involved and allowed police to take a new DNA sample with a cheek swab, KOKH said.

His sample matched the DNA on the underwear and the window sill, the chief said.

Palma lived alone in 1997, the chief said, but married in 1999 and still lives in the same house with his wife and children. He'd been working as a groundskeeper.

The Hatfield family moved away from their home in Midwest City.

Chris Hazen, who married Kirsten Hatfield's mother, Shannon, two years after the disappearance, spoke to the media Tuesday and thanked police for not giving up.

"This has been a terrible nightmare to my wife since it happened," he said.

I ended up posting it; thank you. I saw the video and due to experience, it bothered me more than a little because judges know very well how often victims fail to show up. This was different.

Geekrad, you've made enough money off that saga.

They never tested the DNA on the blood found at the crime scene! Does that strike you as strange? You act like you've never been to Oklahoma before!~