Lying Always Has A Cost 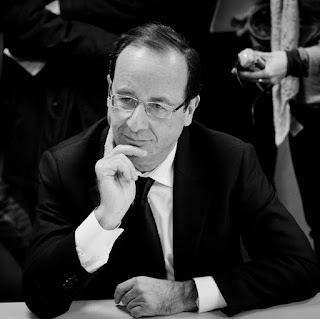 Lying has a cost.

In businesses working with Human Resources, we have companies use a short Questionnaire with general, open ended questions which allow the applicants to talk about themselves, and why they would be good for the company, without pressure or influence from the Interviewer.

Those who are deceptive pose a statistical risk to the company, including not only theft but fraudulent claims against the company.  By discerning the deceptive applicants, the company is free to hire the best and brightest, while weeding out those with agenda other than earning money, building a resume and having the satisfaction of a job well done.

We must hear certain elements within the applicant's language that will protect the company.  Among the specified elements is:

We must hear that the job applicant has human empathy for victims of lying and deception.  We design questions to learn:  Does the applicant view  companies as people, and not faceless corporations with endless money?  Or, is there an impersonal view that might, in the most subtle of ways, justify theft or fraudulent claims.

Lying has a cost and it has victims.

Last month, French President Francois Hollande ridiculed the idea that the massive numbers of Muslim migrants entering his country were any kind of threat.

“Those who argue that we are being invaded are manipulators and falsifiers, who do this only for political reasons, to scare,”

He not only lied, but assigned motive to those who opposed him.

This lie certainly had a steep cost.

“Those who argue that we are being invaded are manipulators and falsifiers, who do this only for political reasons, to scare."

It was not simply to refute the claim of ISIS to use migrants to invade France, but to claim those who disagree with his immigration policy are "manipulators" and 'liars.'

below linked source of FaceLikeTheSun

Correct Peter. I must say that I have come around to the threat that exists at this time because of the thousands of refugees and your analysis that people that disagree are xenophobes or islamophobes is right on

This post draws....well, not much. Maybe after the refugees arrive on US soil and thousands are killed more people would be interested.

OT
I just caught the end of the GMA interview with Davey Blackburn. I wish the interviewer asked, "who is "we"?".

Why does Obama call Isis 'isil '?

He is trying to limit the JV who are contained.

That pesky "we" again!

Elf, to answer your question,
"Most, like this publication, continue to use the widely accepted acronym ISIS, the Islamic State of Iraq and Syria or al-Sham, but both describe the same murderous organization. The difference is that the Levant describes a territory far greater than simply Iraq and Syria. It’s defined as this: The Levant today consists of the island of Cyprus, Israel, Jordan, Lebanon, Syria, Palestine, and part of southern Turkey."

The difference is that by using ISIL you are including Israel. Why he continues to use ISIL as opposed to ISIS is interesting isn't it?


Why does Obama call Isis 'isil '?

All countries need to take this serious. They wI'll not be stopped.

They want only their kind left. The rest of us have a target on us.

This may be isolated to specific areas right now but they have been growing and will continue to do so unless they are all put in the ground.

All countries need to jump in and take them down. It's not "their" problem it's everyone's problem. They are coming and must be stopped.

Michelle Parker's mother files to see her grandchildren. It's been four years since Michelle went missing. Her twins are in the custody of the prime suspect in her disappearance.

I use the term daesh as do many arab countries.

it is an insulting name h for them

On the topic of "lies" and your remarks about headlines saying someone "denied" or "admitted" something that is not supported by the content of the article, here's one about Ben Carson's assertion he was "offered a scholarship" to West Point.

"POLITICO stands by its reporting on this story, which has been updated to reflect Ben Carson’s on the record response. The original story and headline said that Carson’s campaign had admitted he "fabricated" a "full scholarship" from West Point, but now Carson denies that his campaign’s statement constituted such an admission, and the story and headline were changed to reflect that. POLITICO’s reporting established that Carson said he received a "full scholarship" from West Point, in writing and in public appearances over the years — but in fact he did not and there is actually no such thing as a "full scholarship" to the taxpayer-funded academy. And today in response to POLITICO he acknowledged for the first time that was not the case. Carson never explicitly wrote that he had applied for admission to West Point, although that was the clear implication of his claim to have received an offer of a "full scholarship.""

I have read a few articles on this claim, along with other supposed "lies" told by the candidate. While "Politico"'s headline says he admits fabricating the scholarship, they do not provide a quote in which such an admission is made.

Now, I have a coworker with kids who attended the Naval Academy, and so I have a pretty good idea of the nomination and appointment process. I also know that, as a high school senior (and later as the parent of one) our school hosted "Scholarship/Financial Aid" seminars in which they attempted to explain the scholarship and grant application processes, the different types of student loans, and the FAFSA form. It was all very confusing, and probably a lot for a typical student to take in, which is why the parents were included in these programs. Concepts like fellowship, scholarship, grant, stipend, etc. are fairly new ideas for a teenager to understand.

I believe that the then 18 year old Ben Carson misunderstood (or had an oversimplified idea about) the process of being admitted to a military academy, and did NOT intentionally "lie". He NEVER claimed to have applied, and in fact, did not. Had he intended to mislead, surely he would either have lied or avoided questions about having applied, to suggest he had done so.

It is also apparent from images online that West Point, in several brochures and on their website, referred to their funding program as a "scholarship" which further clouds the issue.

I also had (originally) had some concerns about his veracity regarding his teen-aged anger issues and assaulting someone with a knife. I thought it "sounded made up". Obviously, I did not apply the principles of Statement Analysis, but went with my gut feeling, as it seems Mr. Carson has been telling essentially the same story for decades, and there are published accounts of his mother vouching for him nearly 20 years ago, in spite of his assertions that she is NOW too disabled by Alzheimers' to corroborate his story.

I have seen your assessments of Mrs. Clinton's veracity, and agree completely. What are your thoughts about Dr. Carson?

It is my belief that the terrorists who attacked Paris were "Belgian and French Nationals" in name only, because they are the children of the "refugees" admitted in the last 40 years. Do you agree?

Thanks for the links :) I wondered if it was two separate terrorist groups. I bet obama, because he's muslim, uses isil instead because isis was a goddess and Muslims hate women.