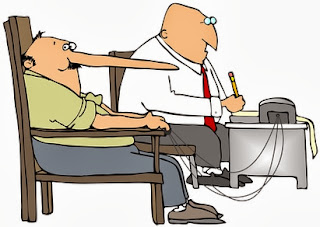 LSI claims that up to 80% of police files have a confession by pronoun within them.  In my own work, I have found this claim to be accurate.

Recall the case of murder victim, Sarah Cherry, in which Dennis Dechaine was convicted of her murder.

A man once knocked on my door distributing a book, for free, that alleged to have proven that Dechaine was falsely convicted.  I looked into the case and read the transcripts.

The evidence was overwhelming, but for me, language is key.

Dechaine claimed to have been alone in the woods, on drugs, and disorientated and lost.  Prosecutors asserted that he was with his victim, Sarah Cherry, a young girl who lived near by.

In language, we call the time period in which one speaks for himself, the "Free Editing Process"; that is, the subject is using his or her own words, freely, with the brain telling the tongue, in less than a micro second, what word to choose.

We also know that each of us has a personal, subjective, internal dictionary.  This means that when I say the word "boy", one of you might imagine a newborn child, while another thinks of a soldier at age 21, fighting in a war.  In Analytical Interviewing, we do not introduce new words, but seek clarification of the subject's own language via follow up questions.  In a sense, it is the interviewer's job to "decode" the personal, subjective, internal dictionary.

There are two exemptions in language to the principle of internal, personal, subjective dictionary:

Articles do not change.
Pronouns are instinctive.

When someone says "A man pulled a gun on me.  The man told me to give him my wallet", it is a proper use of articles.  We find deception indicated when articles are confused.

"The man pulled his gun on me.  A man said to me to give him my wallet" shows not only a confusion in articles, but also soft language (communicative language) in his statement, indicating deception.

We use pronouns without pre thought.  The "test" to prove this point is where we ask you to think of something that happened to you many years ago and prepare to tell your story.  You likely will not have a problem, even if the story is more than 30 years old, whether to begin your story with "I" or with the pronoun, "we" as you recall whether or not you were alone or with another.

Pronouns are instinctive; therefore, exempt from the principle of personal, internal subjective dictionary.


Recently in reviewing a statement on theft, I found the confession by pronoun. In the case of Dennis Dechaine, who claimed to have been alone said "I was admiring the decidious trees.  We were losing daylight..."

This is a confession that he was not alone.

In a recent statement a man said he was robbed of a great deal of cash while at work, by two men.  In the practice of circling all pronouns, I noted that the pronoun "we" entered his language...

after the attack by the two robbers.

He knew their identity.

"I was at work to get the cash box put safely away when two men screamed at me, cursing, telling me to stand still.  They placed a plastic bag over my head and said for me to not talk.  We went into the back room where they took the money box."

Here is the same statement with emphasis added:

"I was at work to get the cash box put safely away when two men screamed at me, cursing, telling me to stand still.  They placed a plastic bag over my head and said for me to not talk.  We went into the back room where they took the money box."

Here is what you should note:

1.  "To" is color coded blue, the highest level of sensitivity.  He has a need to explain why he was at work, which indicates that he anticipated being asked, "Why were you at work?"  This makes it very sensitive to the subject.

2.  Change of language.  The "cash box" changed into a "money" box. What caused the change?  When the box changed hands, reality changed as new ownership took place.

3.  Communicative language:  note that they "said" and not "told", which is soft.

4.  Passivity:  Note that they only "placed" a plastic bag over his head.  This would be to kill someone and we do not expect to hear such soft passive language.

The word "we" indicates unity and cooperation.  With such a vicious robbery, where suffocation via plastic bag was in play, there should be no use of the word "we" in his language AFTER the robbers enter the scene.  This is the same we see in false claims of rape  such as:

"He drove me into the woods and raped me.  We drove back and then he threw me out of the car."  With the word "we" entering the language after the attack, it is indicative of deception.  Confronting the subject yielded a confession.

In learning lie detection, if one only learned to follow pronouns, it would produce significant gains.

A great article and a lovely picture of Peter and Heather!

Thank you for the time you invest in this blog, and for sharing your knowledge of SA.

thank you, i love when you explain the reasons, anxiously awaiting for you to pick apart ccasey parsons sstatements!

Yes they are a lovely couple:)

Heather, u are pure sunshine!!
Peter, relax in the sunshine, she's all yours!!
Together every day is a beautiful blessing!

I find it is easier to pick up articles on the fly, than it is to pick up on pronouns,given the hundreds of pronouns exchanged in a face to face conversation.