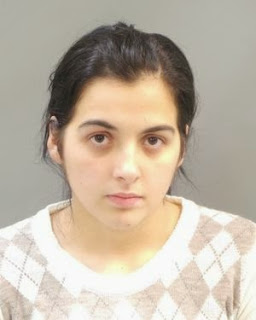 Research initiated by analyst Mark McClish indicated that when a person is deceptive and needs to choose a number within the deceptive account, the number "three" is the one most used.  The exception is when a driver has been drinking and is asked, "How many drinks have you had?"

"Just two, officer" is the most common response, with uses the unnecessary word, "just", indicating that the subject is thinking of "two" from a reference point of "greater than" two.

In my own work, I have found Mark's conclusion to be accurate.  Psychologically, my  research has shown (though interviews) that "2 sounds too little, but 4 sounds too much" seems to be the basis for the choice.

In looking at "Fake Hate" allegations (something very popular in our day), the number 3 shows up frequently.  The timing, however, is something that we, in researching, should be mindful of.

Recently, a family from Long Island claimed an anonymous threatening letter telling them to move out because they are black.  Analysis shows that this is a deceptive letter, and does not threaten, nor show racial animosity towards black people.  It comes on the heels of the Baltimore riots.

In Texas, 2014, a Bosnian resident was killed.  This is the timing fro Seherzada Dzanic's claim.

She claimed that they asked her where she was from, but she avoided saying, "Bosnia"; instead, opting for "Europe."  She said that one of them pushed her to the ground.
“You’re a f***ing liar. You’re Bosnian. I should just kill you now,” she quoted one of them as saying.
She claimed she lost consciousness but refused medical treatment at the scene, police said.
The report had heightened tension among St. Louis Bosnians, already rocked by the killing of an immigrant by attackers using a hammer five days earlier.
The police checked the security video tape and charged Ms. Dzanic with making a false report.

You will recall Charlie Rogers' Fake Hate report from HERE where 3 men were alleged to have carved hate slogans into her flesh.

A 15 year old California student who was born a male but identifies as a female claimed that three male teens sexually assaulted him in the bathroom.  When his story fell apart, the student was able to use the sensitive environment to minimize trouble, even though the consequences to the falsely accused students would have likely been serious.  The atmosphere of gender, sexuality and bullying, is the timing of the "fake hate" claim.
The Department of Education President Charles Ramsey  made this statement.  Note the pronouns (and dropped pronoun) and the awareness of the timing and atmosphere.  Those of you familiar with the principles of analysis will recognize issues here, including the lack of responsibility and the lack of concern for those who may have been falsely accused:
“Yes, it is a cry for help and we need to be supportive and compassionate and reach out. This child is just 15-years-old.   We have to find out what’s going on in the home, what’s going on in their neighborhood, what’s going on with the fact that you are transgender. Are they suffering bullying? Was this a cry for help? We don’t want to minimize that.”
Officials voiced concerns that although other students would have been arrested for making a false police report, they wanted this student exempt. 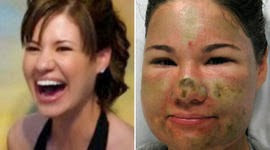 Race and Fake Hate
Bethany Storro, from Portland, has obvious mental health issues, but it still must be asked: Why accuse a black woman of doing this?  A complete interview of her would likely help us understand why this self-abusive action included race.
Note how often the "fake hate" claim crosses race?

This appears so even when "race" may not be the central issue being exploited.  I do not have statistics on this, therefore, I request that readers submit news stories in which:

Fake Hate is indicated or
Fake Hate is suspected (in which we may analyze) and if race is
Central Issue (such as what we may call, "The Al Sharpton" effect
or
Peripheral issue.
I hope to get enough material to form a more educated opinion.


The above cases i lifted from this site.

fake hate crimes: a database of hate crime hoaxes in the usa.

The purpose of this site is to compile a comprehensive database of the false reports of "hate crimes" committed in the USA. It builds on the work of Laird Wilcox, whose 1994 Crying Wolf (PDF) is the only book dedicated to this subject so far.

#Gwenevere McCord, a real estate agent and close friend of Hill, has been hospitalized and unable to speak to police since May 3, when Hill allegedly shot her while practicing “police tactics” at a model home where she worked in the Lawrenceville area. Citing privacy concerns, Porter declined to give specifics on the 43-year-old’s condition. But investigators’ plans to speak with her appear to signal improvement.

#Porter confirmed that the sheriff is planning a mid-June trip to Israel to work as a consultant for the construction of a jail while still serving as sheriff. Such work is apparently a sideline for Hill.

#“The bond doesn’t have any conditions so he’s free to go on the trip and how I feel doesn’t matter,” Porter said, adding: “I don’t think he would flee.”

#The sheriff surrendered at the Gwinnett jail on May 6 and posted $2,950 bond within an hour.

#According to Porter, the sheriff still hasn’t spoken to detectives after declining to answer questions at the scene of the shooting.

#The sheriff’s only statements on what happened to McCord came in a 911 call. He told the operator he and the victim had been “practicing police tactics” at the model home for the Park Haven community in unincorporated Lawrenceville, according to authorities.

#Shot in the side, McCord was taken to Gwinnett Medical Center in critical condition.

(Will he return back to the USA?)

Why does no one offer a glimpse to the “other side” of the fence? Such as providing stories about hate crimes when the number “three” comes into play and it’s used in a truthful manner? I could wait ‘til Judgement Day waiting for someone else to do it so I’m going to. Here are a few stories, all of which contain today’s number “3” and today’s word “HATE”. Now after seeing all of this violence and hatred and real-life horror (so much more traumatic to me than any fake horror could be), I’m going to take a long walk outside. Enjoy your day.

A pastor who was shot three times Sunday may have been targeted because of his congregation’s tolerance of gays and lesbians, police in Hartford, Connecticut, told BuzzFeed News.

“Some language used in the incident — and given where it was, in front of a church known to be accepting of our LGBT community — it led us to have concern that this is a hate crime,” Deputy Police Chief Brian Foley said in an interview Tuesday.

A racist hate crime was reported every three hours on a typical day in Northern Ireland last year. The number of incidents increased by a third, with assaults and threats to kill among the offences. The PSNI says increased confidence in the force may have encouraged victims to report the problem, but that further work is required.

The service said: "Historically, hate crime has been under-reported, and while an increase in reporting is a challenge for PSNI, it may also be an indicator of increased confidence in policing."

http://www.thejc.com/news/world-news/136909/three-jew-hate-incidents-every-day-paris
Three Jew-hate incidents 'every day' since Paris.
A hate crimes watchdog has revealed that there has been an average of around three antisemitic incidents a day in France since the supermarket murders in Paris earlier this year.

In addition, the Bureau National de Vigilance Contre l'Antisemitisme (BNVCA) believes that there are even more antisemitic crimes than it has recorded because French Jews are reporting hate incidents "less and less".

BNVCA director Danielle Ferra said that Jews are now feel that talking to police about a hate attack is a waste of time. "If the perpetrators get arrested they are released again and just continue with the attacks, and if they go to prison, they become Islamist extremists. We don't know what to do," she said.

David Harris, 19, his brother Jesse Harris, 18, and a third man, Austin Taggart, 19, have already been charged with first-degree murder in the death of Onesimo Marcelino Lopez-Ramos 10 days ago. The men are all from Jupiter, a coastal town about an hour and a half north of Miami.

"The suspects went to that neighborhood targeting people from the Hispanic community," Jupiter Police Chief Frank Kitzerow said at a news conference, according to the Palm Beach Post.

Anonymous In Your Hate, I Find Love said...

Why does no one offer a glimpse to the “other side” of the fence? Such as providing stories about hate crimes when the number “three” comes into play and it’s used in a truthful manner? I could wait ‘til Judgement Day waiting for someone else to do it so I’m going to.

The No "3" will always be flagged in any statement, and as quoted above.

"is not an absolute but an indication of deception".

Although i would add the word "possible" indication of deception.