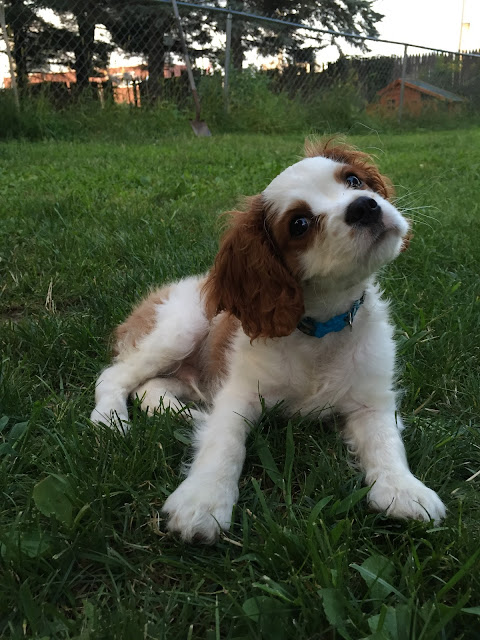 The man who killed the television news reporter and the cameraman could have, and should have, been screened out in the application process via Statement Analysis.  In our employment process, we would have identified him before he was even interviewed.

We are able to set up the job application and screening process to show an Employer, in confidentiality, the single issue that is most important:

Does the applicant have an agenda other than emotional and financial satisfaction from a job well done.

In upcoming articles, I will show how, even in law enforcement, where employees will carry lethal force, and an authority to take away someone's freedom, it is critical to chose an applicant who will use his intelligence to deescalate a situation, while not being intimidated, which only emboldens the criminal element.

The Department of Justice told us, years ago, that 4 out of 10 applicants have an intention towards a business that is nefarious.  When this statistic came out, our country did not have its powerful "victim status" that it does today; and in the 15 years since, judges have shown a propensity to punish success and award "victims" who are scamming the system.  Every day headlines reveal this "victim status" to an extreme.  In NJ, a school teacher was fired because he was late to school 111 times in just 2 years.  A judge has given him his job back saying the school did not give him gradual disciplinary assistance.  The teacher was a 'victim' of a school's failure to assist him in getting to work on time.

Over and over, courts side against employers, as the trend in America is to demonize success, and award failure.  Your company must hire those who's purpose is gainful employment and the satisfaction of success.

Unemployment cases have become a joke in America.  One woman stole over $1,000 from the safe of a fast food restaurant and did not disclose this on her application at another fast food restaurant.  When the employer found out, he fired her knowing she will steal again.  The unemployment hearings officer said, "but she did not steal from you!" and awarded her unemployment, with no sanctions for withholding this information.  Statement Analysis would have seen the withholding of information in her application.

In the violent shooting of the newscaster and cameraman:

Embittered racism can and must be screened out, while maintaining legally sound interviews.

Those who seek employment from you who consider themselves a "victim" before working for you will seek to satisfy this intense entitlement at the cost of your business.

The material interest of your company is subordinated to the narcissistic demands of the "victim.

We do three things which will save your company money, stress, and its reputation:

I.  We first train your company, particularly your Human Resources professionals in Statement Analysis and the subsequent Analytical Interviewing.  This includes video taping our mock interviews and seeking legally sound, non intrusive methods that get to the truth.  We use a scoring system to protect the company from fraudulent claims of discrimination so that no such claim can be held against you. Everything is documented, including the report writing technique that is clear and powerful.

II.  We help design the application pre screening application to screen out deceptive and dangerous applicants from even being interviewed.  This is where powerful information is accessed, and the company's greatest wall of protection is erected:  before the employment interview.

III.  We now support you for 12 months.  This means reviewing all analysis of all applications and should a claim be made against you by an employee, we will guide you, step by step, including interviewing the claimant if needed and help you win your case by the two elements that consistently bring victory:

1.  Protect yourself from fraudulent Claims
2.  Save on insurance
3.  Save on unemployment
4.  Save on shrinkage
5.  Spare yourselves the stress of hiring one who troubles your company, damages your hard earned reputation, and destroys morale of good, honest, hard working and loyal employees.

You will save time in no longer interviewing candidates who come to you with an agenda.

Our initial training seminar is at your location.  We will train where you are.

If you are a small company, you may take our home course, and we will still help design your application and pre-screening questions and also give you 12 months of support of your analysis and screening.

This stops trouble from entering your company.

Statement Analysis and Analytical Interviewing gets to the truth and will not only protect you, but will help you identify the best and brightest and place them in the right position for their personality and talents.

See HYATT ANALYSIS to set up an initial consultation.
Peter Hyatt as Statement Analysis Blog at 8:54 AM

I wish my employer would do this. In the 7 years I have been here they have hired some doozies!

Finding a decent employee is getting harder for employers. When four out of ten applicants are intending to defraud their employer or his business they have cause for fear.

This racially motivated killer who attacked two people on the job and ended their lives should have been rejected for employment before he the opportunity cause so much harm to the company and it's gainfully employed people.

I know women who were violently assaulted by men they worked with. They did not know that those men had violent criminal records as it was not disclosed to them.

It is heartbreaking when hardworking people are exposed to violence in the workplace.

I had my 6 monthly chatette with the job agency on tuesday, this time with Liam and not my usual Debbie.
With Debbie it is 5 mins of has anything changed health wise or with your uncle since i am his carer, i say no and the rest of the hour is spent chatting about life in general, how she is doing, her other half, her health (she has a birthmark on her liver!) and if she has created anything new and exciting as she is a trained chef.
The new chap was nice.
This time it was 10 mins of has anything changed etc before we went on to discuss life in general hobbies and interests etc I then turned the tables and asked how he had gotten into this job etc (i am incredibly nosy and i like to know how and why people chose/ ended up in their job)
In his case he was made redundant, he saw the job advertised and applied and here he was.
I asked what he had done previously and he replied he had been an accident investigator for an insurance company!.
Oh how i got excited.
I said you have the background which will suit Statement Analysis to the ground.
I explained what SA was and who used it.
I said with your background as an investigator and now your current job, i suggest you google LSIscan, Peter Hyatt and Avinoam Sapir.
Avinoam does several courses, a basic one and then a more advanced one.
Peter also runs a training course, both of which will help you in your job when interviewing people, you will learn when they are being truthful and when they are being deceptive regarding work and benefits etc, it will place you in an excellent position regarding promotions and the like and it is also addictive as heck.
He was interested and promised he would have a looksee when he got home that night.
I also advised him to visit your blog and have a bimble through the various posts to see how SA works.

Both he and Debbie got a hug as i know a lot of the time they get argued with, insulted, threatened or even attacked by angry claimants and a hug goes a long way in making someone feel appreciated and happy.

Who knows, you may get an application from him. :)

Hopefully,members of the orange cow society, tin-foil bloggers, and godlike flunkies will get so many thrown into the penitentary that the only people available to work will beleive life, both home and work, is operated like a "reality" show.

I especially liked the combo that provoked the poor ole guy with the worn out horse somewhere in North or South Carolina. Yep! He hit them good!

Peter, will you disclose why you were fired from a job that gave you a car? Some bosses do not like traitors, either Freudian psych only goes so far in a spy-on-your-neighbor world in order to build a better society.

Nothing but cabbage, waffles, and street signs as security?

I'm sorry but the father of the reporter is fake crying. So is the fiancé.

There's something not right with this news shooting. Please don't be fooled guys. Take a look at the video and the agenda here.

decided to add it afterall,eh?

glad another did not get through!
Naturally, the remaining reporters convinced the dad to get in to one of their causes-gun cntrol. Nothing they could have done about it.No study, poll, or fake research could change that FACT.

Do I think Florida has bigots? You bet! One of the few that witnessed the Casey Anthony debacle. All white crew; all black crew. Most young and destructive-'ceptin NG, Geraldo, and whazissname.

Does Tallahasse have bigots? Lol!
Virgina?

They can dish it out but can't take it?

What does one or more reporting to human resources really mean?

Nothing but cabbage, waffles, and street signs as security?

No, they are also doing wonderful things with pharmaceuticals, too.

That racist, hate filled, murderer should never have been hired...he got those wonderful opportunities because he was black..get rid of affirmative action..they know they didn't earn what they are given..so they hate themselves..and have extreme jealousy of Whites. Being really qualified gives you a sense of real pride.

Peter, my daughter is in college studying to become a LCSW or psychologist. Do you have a course she can study S

Saint Theresa-
I've only seen the fiance and my hinky meter hacked up immediately. He talked like that one father from Sandy Hook, robotic like.

If she is studying psychology, she'll love this course as to the "reason why" principles exist and are applied.