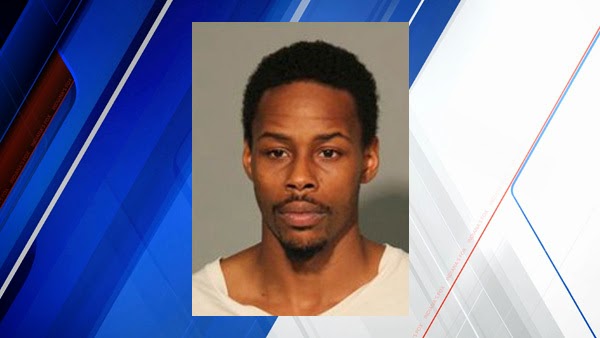 Sometimes, a reward can give insight into what he subject (writer) thinks about the case.

We saw this in a case where suicide was suspected by the family, but this information was kept from the public.

There are such things as fake rewards being offered (see Baby Lisa) as possible tangents to the investigation, and attempts to make those suspected in the baby's disappearance appear 'concerned' for the child's welfare, and can be deceptive.

In this case, it is baby Delano, the "daughter, uh, son" of Willie Wilson, who claimed to have been knocked unconscious but his words indicate something else:

Willie Wilson is deceptive in his statement about what happened.

"Anyone in Indianapolis can help out my cousin in her time of need. "This is real, and she needs all the help and assistance possible in the safe return of her son. I'm personally offering $10,000 for any information that leads to his safe return. Contact IMPD immediately with any information!!!!"

Please now see the statement posted, again, but with emphasis and analysis:

"Anyone in Indianapolis can help out my cousin in her time of need. This is real, and she needs all the help and assistance possible in the safe return of her son. I'm personally offering $10,000 for any information that leads to his safe return. Contact IMPD immediately with any information!!!!"

The subject is identified as Marlon Perkins, cousin to the mother, who gave the video plea that has already been analyzed.

1.  Note that help is sought for "my cousin" and not for the baby.
2.  Note that the statement does use Delano's name, which is distancing language.
3.  Note the statement, "this is real", begging the question, "Why would anyone need to claim that a kidnapped baby is "real"?  This may cause police to wonder if the subject knows or believes that the child is not kidnapped, and that the subject is either suspicious or knows that Willie Wilson has not been truthful. That "this is real" gives indication that it may be a fake offer.
4.  Note the cousin's name is not used, either.  (ISI:  Incomplete Social Introduction) One may then wonder about the quality of the relationship between the subject and the mother.
5.  "She needs" and not "Delano needs" or "the baby needs..."  The baby's welfare is not mentioned.
6.  Note the word "safe" is repeated, and the reward will be paid, not upon the baby's return, but "safe" return.  We may wonder why the subject has added this word as a condition to payout.
7.  "I'm personally" is not necessary and when taken with:

* if this is a genuine reward and the subject actually has the money;
*if the subject believes or knows the child is not going to be returned "safely"
*the subject may be attempting to self-aggrandize, or even use this as a tangent.

There are enough indicators within this post to question the validity of the offer.

How about the "any information" that leads to his safe return.

That right there says to me they know he's not coming back safely. They are so non-specific and broad it would be too ambiguous to determine if you should get the reward. If I called in a tip that I saw that slow-moving car make a left onto Main Street and weeks later when the perp is apprehended it's determined the car did travel down Main Street to get back to their home, am I eligible? Usually when the FBI offers a reward it's overly-specific. They are only paying if the tip leads to the apprehension, arrest, and conviction.

"This is real"
i took this to be referring to his reward offer being real, so he expected to not be believed.

the word safe twice,
"the safe return"
"leads to his safe return"
if it is known to this person what really happened to the boy, he knows no one can meet the requirements to get the reward. he could have offered a million, knowing he would never have to pay.

if it is his personally offer, why direct people to call police?
this leads me to believe he is talking $hit. this is real....

This sounds like a pitch for money for the mother, not the child.

Is he referring to the "real" needs of the mother?

I say use the urban dictionary for analyzing statements in this day and age. Blacks, whites, whoever you think uses it in their everyday language.
(FOR REAL)-
I say check the urban dictionary for when analyzing statements for this day and age. Black, white, whoever uses it in their everyday language.

A phrase used to express seriousness, or actuality. When the legitimacy of someone's threatening attitude is challenged, or the realness of an event or sight is questionable, etc., this phrase is used to confirm it. Can be used in place of "for real" or "seriously" or "fo shizzle" or any other phrase

the point is, if it was really for real, he wouldn't have to say it was, it's realness would stand on it's own merits.

The point being, using statement analysis one would have to be able to know certain things about certain statements. Using sources to gain insight on the use of a word or phrase that has been flagged for sensitivity, may help with the "why" aspect. But understanding that, that phrase or word from the onset still triggered the sensitivity to even look for a "why" proves SA as a valid method.

objectively - do these statements seem entirely authentic to you?

a lot of people are saying these parents are fake. can statement analysis help?

I find the inclusion of the word "alive" in the following quote of the father disturbing...

(Snipped)
Willie Wilson:
" "We just want to let know whoever out there that has our son, to bring him back. We don't care where you send him to, we just want him back alive and safe in our arms," said Willie Wilson, the father of one month old Delano Wilson, missing since Wednesday. "

"We just want him back alive and safe in our arms"

I just noticed the qualifier in this statement

"I want him back in my arms" would have been sufficient.

Kidnappers take children for purposes of sexually abusing them, or a ransom, or revenge.

Kidnappers always expect to get a payoff or something for their efforts.

I know that if my child went missing I could not even think about him not being alive.
It would be impossible.

yep "We just want him back alive and safe in our arms" jumped out at me too.
alive and safe is what is on his mind. stress marbles.
to me this means he either believes or has knowledge of death. i would also not even think of the possibility of death, i would have said to bring him back.
the added stipulation of "safe" may not be possible if the boy was injured, so kidnappers wouldnt be able to fully comply. well, if there were any kidnappers... which leaves it that the boy was injured before his death and the dad knows this.

"We don't care where you send him to" seems off to me too, especially prefaced with, "bring him back". How could you not care where he's "sent" to?

A lot of the supposed missing kids parents seems to say something like that.

Apparently the police have served a search warrant at the home of where the baby lived.