Holiday Analysis Quiz: "Be Careful; It's My Heart" 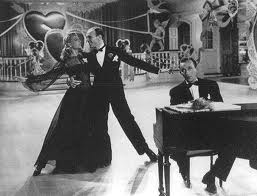 When someone is asked, "What happened?" the key to solving the mystery is when the subject moves away from "what" happened, and begins to explain "why" something happened.

This is the critical high point of analysis in a "what happened?" case.

It shows that the subject has the need to explain why he did something, actually anticipating being asked "well, why did you...?" in the questioning.

This is why we highlight:

"so, since, therefore, because, hence..." and so on, with the highest level of sensitivity in analytical work.

When you find a word, any word, that is like, "because" or "so" that explains why someone did something, grab it.  It is your key.

When the garbage man was accused of breaking into the Smith home and stealing their goods he said,

"I went to the home to pick up the garbage."

Why would he feel the need to tell us why he went to the home, since he is a garbage man and that should be the only reason he goes there?

You will find that by simply highlighting the reason why someone did something will lead you to understand what happened.

Here is a bit of a tricky one.  Sometimes, an analysis can miss the word because it is not one usually used.

"Be careful; it's my heart" is from "Holiday Inn" starring Bing Crosby and Fred Astaire. 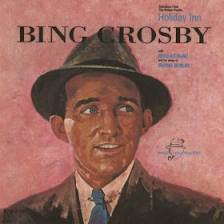 Think of the phrase, "be careful; it's my heart."

What does Statement Analysis do with this sentence?

If you have not watched "Holiday Inn", subtract 10 points from your total, give yourself a good talking to, and retake the quiz.

more to follow...
Peter Hyatt as Statement Analysis Blog at 8:13 AM

I wanted to share with you an acoustic guitar piece from Canadian astronaut Col. Chris Hadfield that he recorded and sent out today from the International Space Station.
https://soundcloud.com/colchrishadfield/jewel-in-the-night

All the joy of the season to you and everyone you care about.

I smiled, then I thought.."What if I have seen it, but I am so old and my memory is shot, that I do not remember it too well...should I deduct say 5 points?" ... Just curious:) Happy Holidays, Merry Christmas and Bring in the New Year!! <3 Sella

A very Merry Christmas to everyone.

I've seen White Christmas many times but I have to say, I don't remember the song. Must be time to watch it again. :)

I'm assuming that because has been left out. Be careful because you might break my heart.

Would it be reading too much into it to say it shows vulnerability or insecurity? We aren't told why they are protective of their heart but it would be something to listen or watch for. Love, past heartbreak.

Oops, that was awkwardly worded. I meant that the word BECAUSE was left out.

"Its my heart" answers the question of 'why' Be careful.

"so, since, therefore, to, because, hence..." and so on, when it is used to explain WHY something was done when we are only expecting to hear what was done. This means that someone has a need to explain WHY, which is sensitive.

You will see some upcoming statements that indicate guilt in the precise place where someone had anticipated the need to explain why they did something...

In this, "be careful; it's my heart" can be understood as:

"be careful BECAUSE it is my heart that you have in your hands..."; therefore, even though we do not have the word "because", we do have explanation, making it sensitive!

This principle will come, in time, with more and more examples, and more application.

I gave myself a severe talking too which i ignored.
I then sent myself to the naughty corner which i refused to do to and had a temper tantrum instead.
I told myself to behave or Santa wouldn't visit.
I called myself a meanie and said i hated me and i hoped my toenails would go rusty.
This resulted in me being hauled over to the naughty corner, having my comfy chair removed and no mince pies.
I told me i didn't care and would eat the chocolate instead.

I am now grounded by me for a week.

Have you been at the cooking wine again Hobs..hehe

I watched it on youtube yesterday afternoon, because I wanted the 10 points! And, I was sick with a cold/flu thing and stayed in bed all day anyway.

john said...
Have you been at the cooking wine again Hobs..hehe