Not All "N Words" Are Created Equal 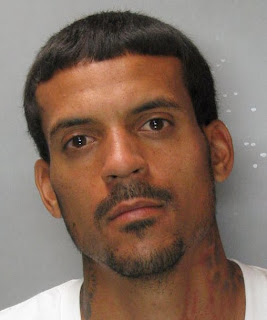 I cringe at the thought of losing our freedom of speech, including freedom to be an idiot.

Thinking of King George and wanting to do a caricature of him in public to express a political opinion may have come off in bad taste, but Americans, or at least those who thought of themselves as Americans, were quite strong about this:

Freedom of speech.  'I may not agree with you, but I will defend your right to say it.'  You've heard that before.  We need to hear it a bit more in our day.

Government is an opinion with a gun.

if the government has an opinion on what you eat, or teach your children, or say, it has the power to back up its own opinion by the barrel of a gun.  This is scary.

Our founding fathers limited government for this very reason.  One can be tyrannized by a single King or Dictator, just as well as by a Democracy.

Hey, I think it is best if we all speak respectfully to each other, but I do not want the government telling me to go easy on the Ben & Jerry's, nor about how large a soda I can drink, or what sexual position is ok.

I worry about disagreeing.

It is not such a bad word anymore.

This is about a country.

Get where I am going?

In the early days of German National Socialism, (known by its abbreviation "Nazi"), the party wanted people to share its opinion on...

Therefore, the books they found disagreeable, they burned and quickly let people know that if they wanted to read contrary to what they approved of, it would not go well for their careers.  Either join the party, or have a tough time getting along in society.

This, of course, let to arrests of those who resisted the social pressure, and eventually...

It led to not only the lack of freedom, as in imprisonment, but in death at the end of a gun.

National Socialism in Germany was an opinion enforced by a gun.

We are flirting with the same nonsense.  If you use certain words today, you might find yourself ostracized in a manner that can be unpleasant, or, perhaps, worse than unpleasant.

I'd rather have an idiot in the town square yelling his idiotic words, than any of us lose freedom.

Note the new difference by the word police:  "Nigger" versus "Nigga" in this NBA player's Matt Barnes' subjective personal dictionary.  Please learn the difference in spelling and try to not confuse them.  Barnes is of mixed race so he is pretty much free from being called a racist...right?


“I think that my mistake was to use it in a social manner, which I regret and apologize for,” Barnes said at practice.
“But you guys have to get used to it. This is a new day and age. I think when you put an ‘er’ at the end, that could make people cringe, but if you put an ‘a,’ that’s like saying ‘bro.’ That is how we talk.”
Peter Hyatt as Statement Analysis Blog at 3:19 PM

This make it a lot easier to accept all of the anon posts that have increased in numbers over the last year. Thanks, Peter.

Very true, Peter. And it was the same in the German "Democratic" Republic, where the entire democracy consisted of one party to vote for that spied on its people and was as unpleasant to any dissident as the Nazis were. It still is the same in too many present-day countries - North Korea is only one that comes to mind. On the whole, this is not as "far away" from us, both in time or space, as we´d like to think.

The currency with which we purchase guarantees is freedom.