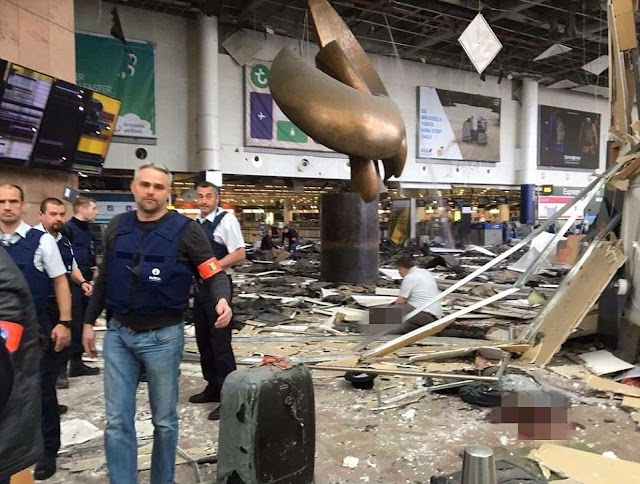 "It's the ideology, stupid."

The ideology that has survived 1400 years without an ounce of reformation began when a murderous pedophile thief created a cult following, immune to criticism, that appeals to the basest nature of mankind. 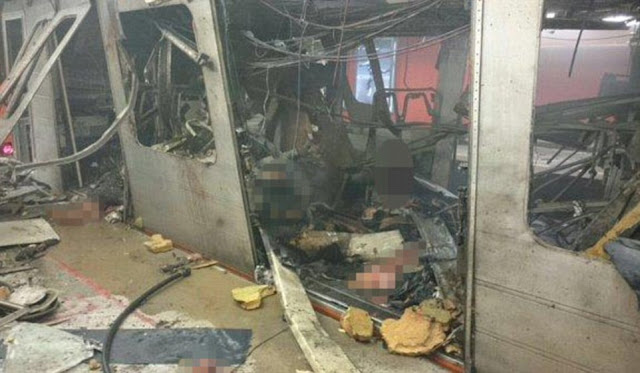 A static ideology, it opposes freedom, progress, and all that is good, while filling its adherents with hatred and pride; hatred for any who disagree; pride as "supremacist" status over all others.

Those who committed this murder were devout followers of Mohammad, literally fulfilling the dictates of the Koran, as it calls for spectacular deaths, which we call terrorism.

We await for the president of the United States to scold us.

Then, terrorist designate CAIR will call lecture us on "Islamophobia."

It is an ideology that I fear above all others, for myself, my nation, my children, and my children's children, who will face off against a nuclear Iran. 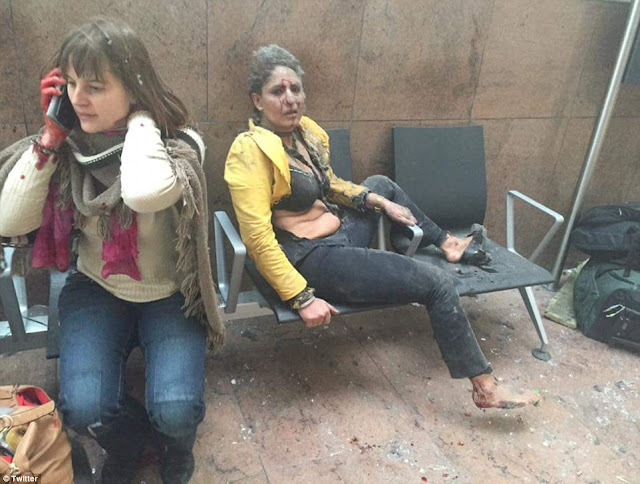 “The chain of attacks from Paris to San Bernardino to Istanbul, to the Ivory Coast and now to Brussels and the daily attacks in Israel. This is one continuous assault on all of us. In all these cases the terrorists have no resolvable grievances. It’s not as if we could offer them Brussels or Istanbul or California or even the West Bank. That won’t satisfy their grievances because what they seek is our utter destruction and their total domination. Their basic demand is that we should simply disappear. Well, my friends, that’s not going to happen.”
Peter Hyatt as Statement Analysis Blog at 10:14 AM

I'm sick at heart. My prayers for everyone there, here and anywhere people are frightened today. :(

Obama spent all of 45 seconds addressing the Brussels terrorist attack while in Cuba. Then hopped off to watch a hockey game. Laughing and smiling.
Why will he not come out and say it is isis. He always skirts around it.

What next? A round of golf with Bush and a trip to hooters bar with Clinton.

Show some respect and dignity man!

Europe will still do nothing as it ties itself into knots trying to minimise the fact the killers were muslims and in all likelihood so called 'refugees'
They and others in the cell and their supporters will be concealed by other so called 'refugees' in the ghettos as we saw in the Paris attacks.
The muslims knew where they were and said nothing.

Time i think for me to send off one of my emails to our PM, my MP, my MEP and others i feel deserve a polite and blunt reminder of the islamic ideology.

We can't defeat the enemy if we are unwilling to accept the enemy is Islam. Our politicians, here and in Europe, care too much about offending "moderate muslims" and not enough about their citizenry. It's appalling. Treasonous, even.
In the end, it'll be the citizens of Europe and the US themselves that'll stand up to Islam, I just hope we don't wait until it's too late.

President Obama is so out of touch and can barely pretend to give a damn about American's. When he's not playing golf he's busy holding closed door meetings with muslims. Go figure!

I think the people of Europe are slowly untying those knots, Tania. The politicians can't stop the growing anger and call for action from Europeans who are being overrun and sick to the back teeth with being victimized in their own countries.

Even if migration to Europe came to a dead stop tomorrow, the bullying nature of Islam along with the birth rate, and the extreme welfare, all spells for the only way Europeans can keep Europe: war.

Supremacist ideology never ceases from violence; even when it is 100% Islam.

These are the only crimes in which the perpetrator tells us the motive and the president of the united states says, "no it isn't."

1. The Koran says kill
2. So I killed in obedience to the koran.

He did talk for 53 seconds about it, however. Thus far, we await his lecture blaming and scolding right wingers. CAIR did not wait until the bodies were counted before their whining and threats began.

The world's most dangerous criminal ideology.

The only thing missing was Obama saying "a few random folks got killed in a deli..."

Peter, in June the U.K will vote and decide whether to stay in the EU or not; they say that leaving the EU is the only way to secure its borders. Do you agree?

How do we go about electing Netanyahu as our president?
He speaks with more sense that anyone political in this country.

Closing the borders is just the start.

What do they do with the thousands of no go zones?

Belgium is turning into a 3rd world nation with its definition of crime and debt.

Even with borders closed, Islam will not integrate, and Islam is reproducing itself at a far greater rate than Europeans.

The agnostic position of Europeans leaves them vulnerable and incapable of fighting the ideology of Islam.

Due to our historic ties with Britain, and all that she has contributed to the world, I hope she leaves the EU, and recovers herself. Right now, Political Correctness is her national suicide.

Socialism, due to the incredible wealth post WWII, has left citizens no longer afraid of its illogic and tyranny. Here, it is no longer a scary word.

Greece could lead the way to prove Churchill correct about the ideology of socialism, as bail out after bail out does not fix the leak caused by human nature.

Technology changes, but human nature does not.

The deeper one understands human nature, the greater the ability to analyze statements. Those who are not open to learning more will stagnate. I sometimes give them a statement that I know they will end up with the wrong analysis in the hopes that the error may cause them to ask questions and seek to learn anew.

I would like to make you all aware of an angels of death metal song... Yes the band playing during the Paris attacks. They have a song called San Bernardino.... Go look at the lyrics