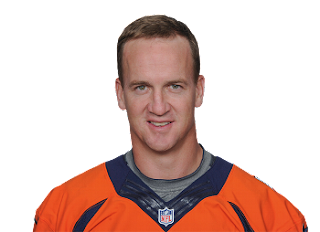 Peyton Manning has made a denial of sorts.

Note how he violates the principle of a Reliable Denial while giving us additional information:

"It is sad that some people don't understand the truth and the facts.  I did not do what has been alleged, and I am not interested in re-litigating something that happened to me when I was 19 years old."

If you thought "nothing happened" when he was 19, you now know differently and it is something that could be "litigated."

"I did not do what has been alleged"
with

"I did not do...what has been alleged" deliberately leaves out what was alleged.

His statements continue to show deception.  He did not do "what has been alleged", which is not only non described, but it is also passive voice; concealing identity.

Yet, "what happened" could be "litigated" but it is not because he is not "interested."

It is close to an admission.  It is an admission in that "it happened" but it is not a confession in that he does not take responsibility instead he gives us even more insight into his personality as a 19 year old and as a 40 year old:

he blames the victim.

This is not a man who takes personal responsibility and likely has more that he has "been gotten out of" by others.
Peter Hyatt as Statement Analysis Blog at 3:28 PM

That "the truth" is separate from "the facts" is an interesting development.

O.J. Simpson burst into loud, uncontrollable laughter when he heard the news that the LAPD was testing a knife as the murder weapon that was found at his former Brentwood mansion, Daily Mail Online has learned exclusively.

'It's complete bulls**t. But this is all they got. It's pathetic, really pathetic,' Simpson told a prison source. 'Let me tell ya'll something, I'm not that stupid, I got on a plane that night going to Chicago, that's all I'm gonna say.'

Police are investigating this knife - found at the disgraced athlete's home and kept hidden by a traffic cop for up to 18 years - as the possible weapon they believe OJ used to murder his ex-wife, Nicole Brown-Simpson and her friend, Ron Goldman in 1994.

The murder weapon was never found.

'O.J. told us the LA police are gonna look stupid again when everyone realizes this is all a hoax,' a jailhouse source revealed exclusively to the Daily Mail Online.

'O.J. went on and on about how the LAPD tried to frame him and still couldn't get him so now here they are over 20 years later and they are still trying to prove he killed Nicole and Ron. He said they were just a bunch of pathetic racists.'

The knife, a rusty, stained, folding buck knife, was apparently discovered by a construction worker in the 1990s while the infamous home of the former NFL great, that had been sold after his acquittal and demolished by the new owners, according to the Los Angeles Police Department Captain Neiman. It was given to an off-duty police officer who was working security at a movie shoot across the street.

The officer, who is now retired, supposedly kept the knife for years and it was only discovered he had the knife when he asked for the department record number on the Simpson case so he could frame the knife and engrave it. He was ordered to turn in the knife immediately.

Captain Neiman said they are looking into the situation, and that he was shocked the officer did not turn in evidence in a murder case so many years ago.

The knife is reportedly being tested for hair and fingerprints and will be sent to the serology unit - serology is the scientific study of bodily fluids - where it will be tested for DNA and other biological evidence.

'OJ was laughing but he was also really p***ed off,' the source continued. OJ says the LAPD, Marcia Clark, Chris Darden and all the rest of those b******s made money off of his name, writing books, doing interviews and now there is a new TV series out about the murders and they're making money off of that too.

'So now somebody else wants to write a book about a f*****g knife,' OJ told the prison insider..

'It's a lie and a desperate attempt to remind everyone that I am a murderer even though they couldn't prove it.

'Now…after all of these years a knife mysteriously appears when they know I am up for parole next year. How convenient.'

OJ is currently serving time in the Lovelock Correctional Center in Lovelock, Nevada after a group of men, led by Simpson, committed an armed robbery in a Las Vegas hotel in 2007. OJ was convicted 13 years to the day he was acquitted of the double murders in Los Angeles.

He was given the possibility of parole after serving 9 years, which will be October 2017.

OJ ranted while he was waiting in the lunch line and he had other inmates laughing along with him..

'Who the hell believes a LAPD officer would hold onto a knife for over 20 years when he could have made a ton of money at the time and then all of a sudden he wants to frame it and put it on the wall — a bloody knife hanging on the living room wall,' the prison source told Daily Mail Online.

'C'mon man, get the hell outta here. They could have got me convicted with the murder weapon.And if I had buried it why didn't the cops see the ground had been dug up, they were all over that place like flies for weeks.'

A construction worker reportedly handed the knife to an off-duty traffic cop working on a movie set who kept it as a personal trophy for up to 18 years.

The case came to light after the officer in question, identified by his lawyer as George Maycott, 70, asked a colleague to find the case number for Simpson's murder trial so he could have it engraved in the frame in which he had placed the knife. The colleague informed superiors.

LAPD captain Andrew Neiman said at a press conference Friday that he was shocked that an officer may have withheld evidence but he warned that the whole story could be 'bogus'.

Speaking about why Maycott didn't hand the knife over for almost two decades, he said: 'I don't know why that didn't happen or if that is entirely accurate or if this whole story is possibly bogus from the get-go.'

On October 3, 1995, Simpson was cleared of killing Brown-Simpson and Goldman, after a case that became known as 'the trial of the century.'

A 15-inch stiletto knife owned by Simpson was considered by prosecutors in his criminal trial and compared with the victims' stab wounds.

But when the defense presented the knife in the preliminary hearing, in what became known as 'the mystery envelope,' it was discovered that the blade showed no signs of having been used in the slayings, according to the Los Angeles Times.

It was long speculated that Simpson had dumped the knife in a trash bin at LAX airport before getting on a plane, therefore it ended up in a landfill site.

Other theories suggested the former NFL star took it with him to Chicago and disposed of it in a park near his hotel.

Could anyone explain to me why this good doctor was examining a naked Peyton Manning for a foot injury?

we gotta love SA and the subject opening mouth and inserting his feet and everything else.

Interesting how Manning frames something *that he did* as "something that happened to me."

Anon at 5:13, she was one of his college team's trainers and was examining his foot for injury:

"Twenty years ago, Naughright, who served as the Director of Health and Wellness for Men's Athletics at the University of Tennessee, reported that she was sexually assaulted by Manning.

"A highly respected trainer, professor, and administrator, Naughright was seen by many as a pioneer at the university where she earned her bachelors, masters, and doctorate degrees. Reporting the incident effectively served as the beginning of the end of her long career at the university."

Tania, I am blown away by this cop who kept the knife as a souvenir! What the heck?

Interesting how this wasn't processed as evidence and on-duty police were NOT called to examine the site where the knife was found. There may have been extra evidence only a trained eye might discern.

And, here in the US, even if it *is* the knife that was used in the murders, he can't be retried based on double-jeopardy. They would have to find something new to charge him with.... Let's see..... An armed robbery might have worked... Oh, wait... it did and he's in jail anyway. He may have not dug a hole for a knife, but he was busy planting seeds to harvest in his future.... He's already reaping some of what he's sown. Plus, he still has to answer to his maker.

Thank you for covering the Manning denials. If he said, "I did not place my scrotum on the trainer's head" it would catch on like wildfire. He is keeping it nebulous so that there is no picture formed in the reader's mind. Thankfully he is doing it in a way that still allows us to see the truth in his words.

Manning is football's darling so even if he admitted to being a nut-sack swinging creep the sports world would give him a pass.