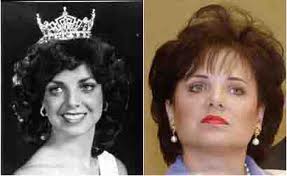 "Lying lips are an abomination to the LORD, but those who act faithfully are his delight."

We have discussed how insulting it is to be lied to previously, and it is with this in mind that we continue to press to understand human nature for what it is.

Here is a much deeper question:

Why do some people lie when there is no need to lie?

Now, we are on to something else, altogether, and it is here that we find just how important good parenting is.

I recall an account in high school in which a student stood before the class and confessed his cheating.  He took a "zero" on a major exam and voluntarily stood before his peers and admitted his transgression.

Some kids chuckled, calling him a "fool" for getting caught in the first place, while others thought he was a fool for admitting what he had done.

I felt that he was a better human being than me.

I thought that if I had been in his shoes, I would like to have believed that I would have been a man and "manned up", as it is said today, and done the same thing, but I had this nagging feeling that my hypothetical soothing of my soul was not true.

I did not know if I would do the right thing.

Liars are murderers in training.

Pilate knew that Christ was innocent of the charges laid upon Him in the mock trial.  He knew, as it was recorded, that Christ was brought to him for execution out of envy.

Envy is more powerful than we understand.

Pilate, so speculated Charles Spurgeon, was in training, his whole life, for this very moment.  Pilate, he said, was a shrewd and ruthless politician, who rose through the ranks by deceit even to the point of having his political enemies go missing in the night.

When we witness a crime, for example, it can shock our senses.  What we do not see is what brought the criminal to the point of doing what he did.  This has always been the theory behind criminal profiling (at least back in the 80's and 90's.  'No one just graduates to murder' was the conclusion.  Of recent times, we have seen brutal street murders by those without criminal records.  Yet, I do not discount the profiling entirely.

John Douglas had written that the garroting of Jonbenet had to be done by someone with a history of violence, therefore, clearing one of the Ramsey parents, in his mind.

If Jonbenet had died a slow, torturous death by garroting, gasping and pleading for her life, I would agree.

What was missing in this scenario is the slow, step by step degradation and calcification of the soul of the parents.

John Ramsey was a successful business operator who had to make many tough decisions in life, and reached a point of standing in his community.  His trophy wife, Patsy, was also in this standing with him, having been brought to prominence by her outward appearance, not for her intellect or character.

I touch upon only a minor point:

It was said by those around them that there would be no chance that Patsy Ramsey would ever wear the same outfit the next morning after wearing it that night.

I do not believe Jonbenet died of torture, but that she died at the hands of one parent with the other parent covering up, via an unintentional death, born of frustration.

This week, in discussing disciplining of children, I told my daughter that undisciplined children are in greater risk of physical abuse than those who are appropriately disciplined.  I then explained why. The extremist view, either side, is going to end poorly.

Did this sentence divert you from the Ramsey case?  Did it light in you memories of an out-of-control parent slapping your face, insulting your dignity, and abusing you only to leave you with a life time of scars and resentment of a spanking?

We must stay focused.

Understanding the liar is a constant challenge of learning.  Learning presupposes humility, as humility is the key that allows one to grow.

Describe your experience with a liar.

What did you learn?

Did the liar lie when it was unnecessary to do so?  This is the critical point to begin with.

I do not believe Jonbenet died a premeditated death, but instead died as a result of an explosion of anger, a victim of sexual abuse who was talking too much and she was eventually silenced, with a cover up, perhaps, learned from the books and video taped movies that were on the shelves of the Ramseys.

Money purchased the injustice we saw, even as the Grand Jury indicted them in the death of their daughter.

Money influenced the thinking of those around them.

They lied out of necessity of protecting their own selves.

How do you think, if true, they justified this to themselves, afterwards?  Seek to enter their language in your response.


We are hoping to expand our Statement Analysis services to include audio files, transcription services, and  online courses available via download.

Peter Hyatt as Statement Analysis Blog at 10:12 AM

I still remember this case and have some material which I printed off my computer at that time in hopes that I would have it available in the future, when case will be solved. Ever since then, I believe that a young B. was sexually abusing J. for some time. Children were up when parents were not (pineapple in J.'s stomach parents didn't know about). That night, when B. was hyper over all Christmas activities and gifts (he was very excitable boy), he went too far and seriously hurt J. When she passed out, he didn't know what to do and started pulling her down the stairs (head injury which was not visible till autopsy). When parent/s discovered what was going on, J. was either dead or close to it. B. was sent to bed immediately, before anything future would happen and before he knew J. was dead or almost dead. P. wrote the ransom note and J. did staging in the meantime. Both actions were "overkill". I could feel the desperation, horror of what would happen in they don't cover up this life shattering situation. They were saving themselves, but their justification must have been that they were saving their son's future. They could not help J., but there was still B.