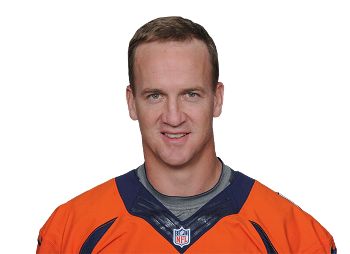 The following is a transcript from the video interview with Manning.

We note not only the lack of a denial (RD) but we note just how far he is going to avoid or deflect in his responses.

We also see that he justifies in his responses, as well.

What does this suggest?

Not only may we conclude that Manning did use PEDs via the lack of denial and detection of deception, but the degree of which he goes suggests:

a.  habitual or patterned deceiver
b.  Greater issues beneath the surface, beyond this one allegation.

Note his hostility and anger is not commensurate with the accusation of using HGH to facilitate healing.  Note that he justifies his healing through hard work and dedication; unnecessarily, making the healing from the specific neck injuries very sensitive to him.

It is likely that Peyton Manning has some other issues of which he is concerned.

Lisa: Tell me Peyton, what was your reaction to the Al Jazeera report that you had human growth  hormone
Peyton: Yeah
Lisa: mailed to your home when you were recovering from neck surgery
Peyton: Well, I think I rotate, Lisa, between being, uh, angry, uh, furious on and on, but disgusted is really how I feel. Sickened by it, that uh, I’m not sure I understand how someone can make something up about somebody, um, admit that he made it up and yet it somehow it gets published in a, in a story. Uh, I don’t understand that, maybe you can explain it to me, somebody else can, so um it’s completely fabricated, complete trash, garbage, uh there’s some more adjectives I’d like to be able to use, um, but it really makes me sick, makes me sick, makes me sick that it brings Ashley, uh into it, her medical history, her medical privacy being violated, that makes me sick. I don’t understand that and um, you know, I’m in the middle of my throwing workout, which I enjoy doing that and I gotta interrupt, interrupt this workout to come, and you know, talk about this, uh it’s not right. I don’t understand it.
Take note of order giving priority: his wife does not come first, and the introduction is incomplete, which is appropriate if the reporter knows his wife. If not, it is distancing language. See the number of words in the answer before his wife's privacy is an issue.
Lisa: Have you ever used HGH or any performance enhancing drug?
Peyton: Absolutely not, absolutely not and what and what hurts me the most about this is whoever this guy is, this slapstick trying to insinuate that in 2011, when I, you know, more or less had a broken neck, I don’t know four neck surgeries, you know broken neck, I’m not sure, I’m sure there’s a difference in there, but I had a bad neck and uh, I busted my butt, you know to get healthy, uh put in a lot of hard work. I saw a lot of doctors. I went to the Guyer clinic, he had a hyperbaric chamber that our coach, trainers and doctors thought might be good for me. They went with me and uh, um, thought it might help. Don’t know if it helped, uh, didn’t hurt. Time ended up being, probably my best medicine, along with a lot of hard work and that uh, it, it really uh it stings me whoever this guy is insinuated that I cut corners; I broke NFL rules in order to get healthy. It’s a joke. It’s a freaking joke.
Here is where readers may see the initial deception in his response. He does not say "no" to the "yes or no" question, but uses the emphatic "absolutely" added in unnecessarily. Next, note the need to assert, without denial, breaking rules and taking short cuts. This may be leakage of an embedded confession, since he does not attribute it linguistically to anyone else: "I broke NFL rules" will now need proof: instead of denying that he broke NFL rules, he needs to assert that he could not have because they were present. This is to not only admit he would have had they not been present, hypothetically, but it is a subtle shifting of blame to them, and it is insight into his personality. It is likely that he has been "gotten out" of trouble before and learned early in life how to shift blame to others.
Lisa: You mentioned your wife, uh their source for this report, uh, he’s a guy, Charlie Sly, who used to work for Guyer institute. He says they actually mailed medications to your home in your wife’s name.
Peyton: I don’t, I don’t, I don’t, I don’t know this guy, I’ve never heard of this guy, up until this report, never met this guy.
The halting of broken sentences all begin with the pronoun "I" which show a marked increase in anxiety for Manning at the mention of "this guy." He uses the word "this" instead of "that", which brings the man 'closer' psychologically to him. This guy is very important to Manning; it not only caused him to repeat on the word "I", but to repeatedly use the word "this" regarding him. Not knowing or having met "this guy" is to move the target of his language from HGH to the guy. This is to not only avoid saying "I didn't use HGH" but to show a need to move the conversation to a different argument; or tangent.

How narcissistic will he go? He does not make us wait long. Here, he does not give further indication of any "fight" to come, instead focuses on his own emotions. No concern for the kids referenced earlier, nor his wife, nor the others he has cast suspicion and responsibility towards:
Peyton: I plan to go throw today, you know, a little harder, my ball has a little extra heat on it today. I  got some built up anger, as you might understand and uh, try to do what I can to help the Broncos get a win tomorrow night and I’m moving on, this is, I’m not losing any sleep with this, uh report. This slapstick’s lies and uh, you know, I’ll keep my head above it and keep pressing on to get healthy, try to uh, get back on the field next week and uh practice with the team and go from there.

Note the plural as quite telling.

Peter, you say in your analysis that he seems like someone who has been gotten out of trouble before.

When he was in college at the University of Tennessee, there was a sexual assault incident with a female trainer in 1996.

See this article from 2003: http://usatoday30.usatoday.com/sports/football/nfl/colts/2003-11-04-manning-defamation-suit_x.htm

never met this guy.
All the first person pronouns, then he drops it in relation to meeting this guy

All these appearances of guilt have been present with Davey Blackburn, as well. He appears, however, to NOT be guilty.

I think I've lost just a little faith in this method....not a lot, but there does appear to be ample room for error.

Statement analysis works.
it is for LE to show probable guilt and then juries to find the defendant guity.

Casey anthony showed she was guilty, her parents also indicated for deception.
Cyndi committed perjury.
The jury for whatever reason found casey not guility of the murder of her daughter Caylee and other related charges and yet found her guilty of lying to LE.

Her mom was never prosecuted for perjury as she should have been.

Statement analysis shows the truth and the lie, the rest is up to the relevant authorities and the courts.

Davey can still face charges, he has not been cleared.

I was a good patient

This implies he did as he was told. Coaches and trainers talk about the "talent" and make decisions for the "talent". They don't want their investment to sit idle, not making a return on investment. So he was a "good patient" and did what he was told to do.

Who me? I'm just a good patient.

I think Davey Blackburn IS guilty of planning the murder of his wife.

We can "think" whatever we want. Evidence does not uphold that DB was involved.

DB has not been cleared? You're mistaken.

Recent reports suggest the Super Bowl-winning quarterback may not be as squeaky clean as his image has made him out to be.

......and the thugs who have been arrested for his wife's murder are just sitting there in jail taking the blame? Why are they doing this?

Peyton Manning: HGH allegations are "nothing but pure junk"

I'd like to see you analyze the statements Manning made about the alleged sexual assault. He keeps focusing on her "trashy mouth" and how she has a "foul mouth." However, he couldn't produce a single witness who had heard her swear. There's some sort of obsession w/ this alleged victim's mouth that is bothering me. :(

His obsession with money was made clear when he used his victory speech to plug products he has a financial stake in. Tacky, tacky.

His assault of the female trainer was not a "mooning" but a really despicable, disgusting assault. He has continued to taunt her about it through the years, and even the teammate who he claimed to be "mooning" denied it and told him to take responsibility for what he did. http://profootballtalk.nbcsports.com/2016/02/13/release-of-13-year-old-court-document-dusts-off-peyton-manning-incident-at-tennessee/related/

Me21, When Peter wrote about DB's case, if I remember correctly, he said that deception and sensitivity were indicated but it was not clear what they were due to. A lot of commenters here felt that DB is guilty of involvement in his wife's murder but that could not be proven from his statements.

Personally, I think he is lacking in empathy and common decency, and driven towards fame and notoriety, that led to a lot of weird statements he made, and then the marriage he made such complaints about being ended could be a coincidence. Maybe unlikely but it could happen.

Budweiser steadfastly denied Any affiliation with Manning.
He can't be too obsessed with money, since he took a Four Million Dollar pay cut with the Broncos this season.