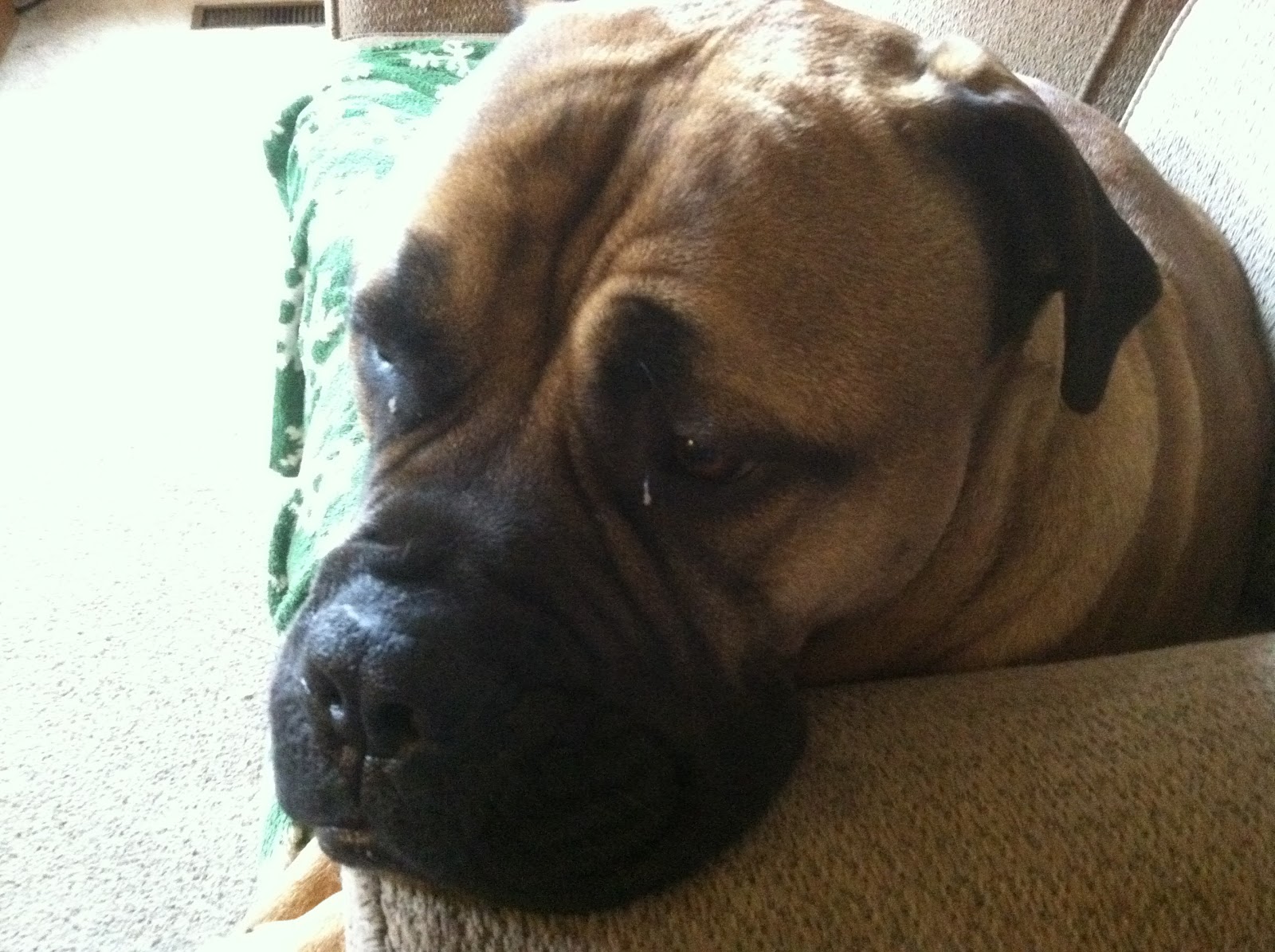 Recently, a man came into a case as a witness.  He was concerned that what information he gave to the two investigating detectives would cause trouble for innocent employees, as well as personal backlash from an unstable suspect.

The two detectives went to his home and interviewed him.  Shortly after, the harassment from the unstable suspect began that suggested to the man, that the information he gave to the two detectives, was shared with the suspect within an hour of leaving his home.

What do you make of the answers?

Put the reason for your conclusion in the comments section.  Name redacted.

Q.  "Ok, because _____ has started a campaign of harassment shortly after you left here and I am wondering if you told her the information we gave you."

if you find he was deceptive, how many signals of deception were present?


Update: There are indicators of deception within the language.

1.  He answered a question with a question, indicating sensitivity.  This is a pause in time, showing a need to slow down to think of an answer.

2.  Next, note the passivity of "I have spoken with..." seeks to remove oneself from responsibility or ownership.

3.  Thirdly, he uses "would never" to avoid the outright "did not", which would have been reliable.

Based upon these three indicators:  Deception Indicated.
Peter Hyatt as Statement Analysis Blog at 11:20 AM

There is not a reliable denial so we cannot conclude he did not tell the suspect. I don't believe that's the same as saying we can definitely conclude he did share it. I'd want to ask more questions.

"just as I wouldn't share information with you"POLICE would share,to assist the case.

He first answers the question with another question. He says he has spoken with the person, but is very vague about it. He does not simply answer "yes" or "no". He does not indicate whether they spoke after he left the house (thus not actually answering the question).

Never does not mean that he didn't. He is once again avoiding giving a direct answer. Anything in the negative is sensitive. As cuddlecat pointed out, a detective would share information to the victim about the case. He is denying that he would ever share any information, whether it was helpful to the case or private.

I would conclude his answers indicate deception.

The detective isn't telling the truth. No reliable denial:

Use of word never. Minimizes what he shares and frequency of sharing with word just.

Admits he may be the source of the harassment:
I have spoken with _____."

Doesn't admit to when he spoke to -----, but is caught in his lie by by not anwering the question.

Unreliable denial for all the reasons posted here.

Two repetitions of the first question with no answer given. "I would never..." instead of "I didn't", adding in unnecessary mention of sharing info with the questioner. Is that five indicators in a very short time?

Yes, the detective shows many signs of deception.
1. He answers the question with a question.
2. Uses passive voice "have spoken" which is dustancing.
3. He further distances himself from the suspect with the word "with."
4. "Would never" is not a reliable denial.
5. He used the word "share" when he was asked if he "told." Basically he evaded that question by changing his inner reality.
6. Again he uses "with" to distance himself, but did he tell?
7. "Just as" is the same as "so" or "because" here. It is a red flag.
8. "I would not share information with you." "Would" not reliable. "Not" makes it negative. "With" is distancing from the witness now.
9. The last statement taken as a whole, says, "I'm done" which means there's more tell.

The detective hopes to leave the impression that while he spoke to the harasser, he didn't mention the information he was just given. However, he has not actually said this. Instead, he pontificates about what he "would [note conditional tense] never" do.

Det. "After I left your house, did I go speak with ______? I have spoken with _____."
Answers a questions with a question making it sensitive, he doesn't answer the question.
He is asked if he spoke to (close)
he responds using with,With indicates distance.
he does not exactly rflect the questioners language as he changes TO to WITH.
he doesn't say when he spoke with whoever.
By not answering the question he answers the question.

Unreliabale denial. Would is future conditional, after being confronted and accused he may not share information with whoever.
never does not mean did not.
just is used to minimise downwards.
Would is used again in relation to sharing information with you. (expected is will not or won't)

Some information would need to be shared in order to get the details of the complaint ie he would share information with the complainant in regard to how the investigation is going, what is being done or what the results are.

I find it interesting that the detective uses the word 'share', which indicates cooperation between himself, and the person in question.

He was asked if he 'told', which is authoritative, and suggests a seperation between the person relaying the information, and the person receiving it.

In his response he changed it to 'share'. To me this suggests that he did discuss the sensitive information, but he seeks to soften and distance himself from the action while facing the person who he betrayed.

spoke *to* = interrogation
spoke *with* = dialogue (sharing/together)
"would never share" doesn't mean didn't/no; conditional future tense, not using past tense to say what he didn't do
"would not share"= conditional future definite tense/will not tell suspect what he did (as won't tell whether he shared information he wasn't suppose to share with suspect) for fear of revealing breach of trust/position.

I suspect the inspector is lying to the witness about what he revealed to the suspect.

In his first response, he mirrored the question (entered into the language of the questioner), then he introduced an opportunity for the questioner to draw a conclusion which is misleading.(I call that wormy :)

In his second response he spoke in future tense rather than recalling a past action.

None of what he says is coming from memory. No reliable denial!

I'm going to answer this first and then look at your analysis to see how I did :)

Q. "Ok, because _____ has started a campaign of harassment shortly after you left here and I am wondering if you told her the information we gave you."

***The detective is evasive with the answer. This is where he should give a reliable denial but instead he says I would never, which is not reliable.

I think the detective had loose lips.

I also don't think the detective is totally convinced of the reliabity of the witness. He seems to put witness and suspect in equal footing so it seems a he (or "we" as the witness says) said, she said.

Can you do a statement analysis on the denial of child abuse allegations by UK celeb Matthew Kelly? (From back in 2003)

'"Mr Kelly emphatically denies the allegation made against him which has come as a complete shock and surprise.

"He has co-operated fully with police and will of course continue to do so should that be necessary. It should be noted that he has been released without charge.

"As this matter is ongoing it would obviously not be appropriate for Mr Kelly to make any further statement at this time."'

'"I am delighted and not surprised that after an extensive and thorough police investigation, which included inquiries abroad, it was obvious that there was no truth in a single allegation that was made against me.

"I strenuously denied the allegation when questioned by police and have given them all possible assistance with the investigation, which they were under a duty to carry out. I was always confident my name would be cleared.

"However, it has been a very anxious and upsetting time for me and my family. During a search of my London home a small quantity of Class A drugs was found. It was for my personal and occasional use only. I have received a formal caution for this.

"I recognise the use of such drugs is illegal and foolish. I wish to apologise to my family and members of the public who may feel let down."'

Far too long for Gregory Lewis and his family to go without two-year-old, Myra Lewis.

Jerry "Kelly" Snyder with the search group "Find Me" says they've submitted a report to the Madison County Sheriff's Office Saturday with information that could possibly lead to Myra Lewis' whereabouts.

"Suspect related information is included. Who, what, when and where, essentially who's involved is in the report."

Sheriff Randy Tucker says they've already started looking into the leads. He says in the report are six GPS coordinates.

"They gave some GPS locations to be specific, so we've got deputies in the field. Manual labor, digging, moving things and doing everything we can to locate Myra."

Myra's family says they're doing their best to hold it together.

"We just want her home. I mean, we're hoping all this turns out for the positive and everything's ok and she'll come home just like she left," Gregory Lewis tells us.

"Hopefully this is going to be a chance that they find out where Myra is," adds Irene Tyler, Myra's aunt

News Channel 12 was not given the exact locations of where deputies searched Tuesday afternoon, but we were told some of the locations are within 10 miles of the family home.

I am anxious to see how the Myra Lewis case unfolds. Thank you John.

I'd be super interested if anybody would like to give a statement analysis look at transcrips of phone calls made from flight 93 on 9/11. there is a theory that the calls are in a sense scripted --- that somebody was making the callers give that information - tho it was not exactly what was going on. because some of the calls were made by cell phone with perfect reception wich is near impossible from a plane back then --- the theory also includes the possability that these people were grounded when making these calls. ---- anyway -- theory - conspiracy -- or not. I do find the calls to sound suspicious. for example nobody calls the terrorists anything but "guys" or "men" there are derrogatory adjectives and no demonstrations of anger towards their hijackers. also no physical description of them. there's also a lot of other oddities. i'd be really interested in a "cold" analysis of the calls -- whatever conclusion that analysis leads to.

Not surprised ...sensitive....brings up inquiries abroad ..did something happen abroad?....its obvious... Trying to convince his audience ...no truth in a single allegation... How about other allegations...Istrestrenuously denied... Was it hard labor to deny?...,given all possible assistance....is there no more assistance he can give...I was always confident my name would be cleared... Just his name not him?..however.. Negates prior...I wish to apologize... Saying I'm sorry ..taking note