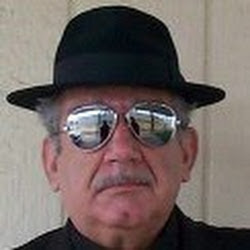 Vito Colucci, Jr. and Dennis N. Griffin are pleased to announce they have signed a contract with Las Vegas-based Houdini Publishing to publish Rogue Town, the true story of Stamford, Connecticut in the 1960s and '70s; a city that was under the stranglehold of organized crime, the corrupt officials who betrayed the public trust, and Vito Colucci, Jr., the cop who wore a wire to help bring them down. 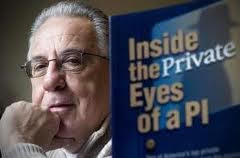 The book is scheduled for release in early January, 2013.

Yaaay i shall look out for it.
I wonder if i can get a signed copy?

State police Capt. Michael Cooke confirmed detectives had searched the woods as part of an ongoing investigation, but would not comment further. The FBI helped in the search, which ended by 4 p.m.

Stacy Peterson’s sister, Cassandra Cales, arrived soon after the search was completed. She said she had heard about the search, but had not been called by authorities. Cales left a few minutes later without speaking to investigators.

Stacy Peterson, the fourth wife of former Bolingbrook police officer Drew Peterson, disappeared Oct. 28, 2007, shortly after telling him she wanted a divorce. Drew Peterson was convicted in September of the 2004 drowning of his third wife, Kathleen Savio, and is jailed awaiting sentencing. He has been named by authorities as a suspect in Stacy’s unsolved disappearance.

A Plainfield Fire Department canine vehicle was also at the scene of Monday’s search.

Joliet police said the search had no connection to their recent efforts to find Linda Barr Fellenbaum who has been missing since Oct. 21. Friends and family searched for the missing 32-year-old mother of three on Sunday.

The Will County coroner’s office said it had not been called out or requested to stand by at the preserve.

I wish there were more people like you in this world. God knows the good you've done. You keep my faith going and I wish you could help me.