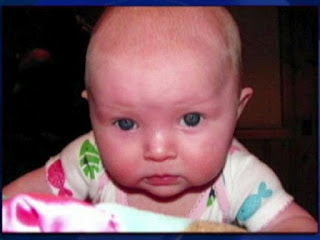 Statement Analysis deals with the unexpected.  This is why deceptive people cannot analyze statements: their view of what is expected is skewered by their own projection of dishonesty.

Piro asked a common sense question to Jeremy Irwin on who might have done such a thing; that is, who would kidnap a young female baby?

If this question is posed to you, what might you say?  What you might say, is what is called "the expected response."

If you are dishonest, your answer may not be reliable.

Even if you are honest, there may be a personal sensitivity connected to the topic that warrants you asking others for an expected response; that is, you may recognize something within yourself that will prejudice your response and skewer what is "expected."  We all have triggers.

If an analyst has, for example, lost a child to Child Protective Services, the answer may also be skewered.  For this person, it is a trigger question.  We all have triggers; that is, something within an investigation that sets off an emotional reaction that can cloud logical thinking.  This is why seeking other opinions and debriefing is critical to investigations.

Assuming that there are no personal triggers, what is the expected response that someone would kidnap a 10 month old female child?

I.  A woman who has lost a child recently.  This is a good answer which means that police will now call:

Jeremy Irwin, in his answer to Piro, said this and it was an expected answer.  But what he said next was unexpected and now sets off a new layer of investigatory machinations for both research and interviewing. He said,

"Someone who has cheated on her husband."

Jeremy Irwin made this statement, but actually said, "someone who has cheated on her husb..." and stopped himself.  This is a self-censoring, meaning that as he said it, he wanted to stop himself. 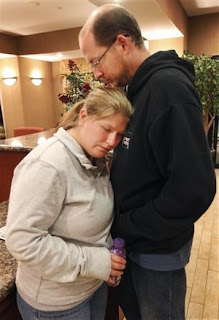 This makes the sentence "sensitive" for the analyst.

For the purpose of an interview, a trained interviewer will seek to avoid introducing, whenever possible, new language to the subject, but will note any new language or topics introduced, and immediately make a note for questions on the topic.  This is also a practice of highly skilled therapists.

Infidelity against a husband is now the topic introduced by Jeremy Irwin regarding the disappearance of his daughter, Lisa.  It is unexpected because it is strange.  The woman cheating on her husband would not be motivated to steal a baby.  It is without sense and reason; therefore, making it even more sensitive to Jeremy Irwin.

"Jeremy, do you know anyone who has cheated on her husband?"

Although there will be many follow up questions, such as, "Have you ever introduced Deborah as 'my wife' to anyone?" (with verification sought, for example, to new co workers and others), it is difficult to get past Question one.

"Jeremy, do you know anyone who has cheated on her husband?" and now please compile a list of names of women that Jeremy knows that have cheated on their husbands.

Jeremy Irwin has introduced the topic of a woman's infidelity into the disappearance of Baby Lisa.

Our principle teaches that lying causes internal stress, even sentence by sentence, so that when someone is deceptive, they will often edit out information to accomplish deception, rather than lie.  He was asked who might have done this.  We also know that deceptive people use, sentence by sentence, truthful responses, while maintaining deception by withholding the truthful response .

Does Jeremy consider himself Deborah's husband, common law?  In order to enter into Jeremy's internal subjective personal dictionary, we would have to ask questions about cheating.  Yet because he self-censored his response, we label it sensitive, but because it is so unexpected, we now see it through the lens of two sensitivity indicators.

Jeremy was asked if he knew who would have done this to Baby Lisa.  Of matter of course, a follow up question would be asked if he had been cheated against, though he is not married to Deborah.  On the same course, ex spouses would be sought, within the extended family, as police go on the vein of infidelity.  Even though unmarried, they would want to know if Jeremy has felt cheated upon by Deborah.  But perhaps there is something too easily overlooked here.

Reader:  As you follow this case, do you know anyone who has cheated on her husband?

We would ask questions to learn what was her status with her husband when she met Jeremy; did she cheat on him to be with Jeremy?  Does Jeremy think she has cheated on Jeremy? and so on...

As Jeremy has given more interviews, we have seen more indicators of sensitivity in his answers.  It is likely that Jeremy either knows, or has strong suspicion, that Deborah is being deceptive in her answers, and he may, at this time, be covering for her.

In what some analysts call "leakage"

Question:    Is it possible that in the answer the Jeremy attempted to stop himself from giving, that he has told us who is responsible for what happened to Baby Lisa?
Peter Hyatt as Statement Analysis Blog at 6:09 PM

That he refuses to be interviewed away from debbie either by LE or the media tells me he has something to hide, does he need her there to keep track of what has been said regarding what happened and also to turn on the tears and thus distract the interviewer when he gets stumped.

He knows what happened, he may also know where Baby Lisa lies.
I wonder why he is defending his lover rather than his daughter?
he lives with a woman who is married to another so there is no legal tie between them nor any spousal protection regarding testimony. Is it perhaps because Lisa was a girl? perhaps he isn't the bio dad? there is no parental bond between him and Lisa otherwise if he were innocent his instinct would be to protect his missing daughter.

That he doesn't prioritise her speaks to his knowledge and or involvement in her disappearance.

I agree with HobNob and right from the start my intuition/statement analysis clued me that 1) he knows what happened, 2) he is not connected to Lisa as he never says "MY daughter," and 3) he's afraid of being charged in this case but has been intimidated by Deb into silence because he has done something else that she knows about and is holding it over him. Nasty bit of work that Deb.