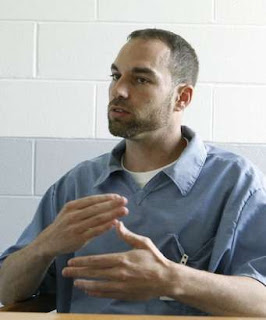 Statement Analysis gets to the truth by looking at the words a subject tells us.

Question for Analysis:  Did Ryan Widmer issue a reliable denial?

Analysis teaches that since lying is internally stressful, most lies are done by withholding information.

When someone is innocent, he will tell us so in a reliable denial that is made up of 3 components:

For more understanding on a reliable denial, please see previous analysis by searching on "Denials".

The innocent subject will not wait until he is asked, he will say "I didn't kill my wife" which will be First Person Singular, Past Tense, and specific to what happened.  If anything is added to these three, the denial is not reliable.  If there is less than three, it is not reliable.

Child killers often will minimize and say "I did not harm that child" minimizing death to "harm".
Another unreliable denial is the future/conditional tense:  "I would not kill my wife" is unreliable as it avoids the past tense.  Eventually, someone is able to read analysis and respond to it by reflecting back the words, but in the case of being asked in court, Ryan Widmer is given the opportunity to say "I did not kill my wife" without hesitation.

The same goes for theft, rape and other crimes.  The innocent will not wait to be asked but say easily, and without sensitivity indicators, "I didn't steal the money" with Reid Institute research showing an even higher rate of reliability with the contraction "didn't" as it shows ease.

We have looked at the 911 call made by Ryan Widmer when he called Emergency services to report his wife was dead in the bathtub.

Analysis showed red flags of guilt and the need for investigation.  In it, he appears to be alibi building.   Upon being convicted, he was given a chance to make a statement which was made extemporaneously.

The following is Statement Analysis of the statements made by Ryan Widmer after his convictions in the death of his wife.

"I loved my wife. I did not hurt her. I was never given a chance. The day after she passes away, they charge me with murder. I didn't even… If I had an answer, I would give the answer of what happened to her, but I can't. I was not in the bathroom with her."

In denial, he stops himself with "I didn't even..." which indicates missing information.

The following statement made by Ryan Widmer was in 2011 in the third trial in which he was found guilty.  He told the judge:

"I didn't do this. I don't know why this has gone on for so long....I loved Sarah. I would never hurt her."

In his denial on Dateline, he used present tense language, which is not reliable.  He avoided answering, showing the questions to be sensitive.

His appearance on Dateline indicate deception. When the transcripts are published, we will analyze them.

He was unable to answer why he did not ask for an ambulance and why he had to say he was downstairs (alibi building).

Dateline interviewer did a good job.

He refused to say that her body was wet, but only that the police lied. Rarely do we see such a strong questioning on national television.

Ryan Widmer did not issue reliable denials at his two trials when he addressed the court.

Ryan Widmer was deceptive in his responses to the interview on Dateline.
Peter Hyatt as Statement Analysis Blog at 11:47 AM

He says "he can't" give informaiton.

He can't, he won't let himself, because it will show him guilty.

Peter, this was an emotionally charged case in Clermont County, OH and surrounding counties. I have a close friend, an atty who practices nearby, and when he came down a few months ago we discussed the guilt vs innocence of Ryan Widmar. The families were rather well known in the area and I wanted to know his legal opinion.

He told me that many attornies in that area sat in on portions of the trial and discussed it amongst themselves (himself included); and of course, knew the prosecutor and the attys who were representing Widmar.

The consensus was about 50-50 among them as to whether Widmar was guilty or innocent, and to this day they still hash it over and dispute about the verdict.

My friend came to the conclusion that no matter how innocent Widmar and his attys portrayed him as being, or how much case law they tossed around; the final straw for him was when Widmar did not take the stand in his own defense after saying he would in the initial stages of the trial. That ALONE threw my friend over to the side of guilty.

Anytime he has a client that ends up in a court hearing, he insists they take the stand in their own defense and if they hem-haw and will not, he determines right then they are guilty unless there are some highly unusual and mitigating circumstances that prevents them;

(and it better be a good one), in which case, he explains to the court and the prosecution why his client will not be taking the stand; otherwise, he believes there is no reason good enough for them not to take the stand in their own defense unless they are guilty and are afraid their guilt will surface; thereby making a fool out of him after he has pleaded and believed in their innocence.

Widmar did not take the stand when he could have and said he would. His conclusion; guilty as charged. In the final analysis, he believes he's never wrong about their guilt and that it's never been shown where he was wrong.

I watched this re-broadcast on Dateline last night. In the opening, when I heard the 911 call, I thought "he killed her." But the marriage seemed so happily portrayed, I kept waiting to hear a denial from Ryan. His statement (which you quote above) at his first conviction, wrapped it up for me. He could not issue a denial...he just couldn't or wouldn't say "I didn't kill my wife/Sarah."

I can't believe so many people believe him to be innocent.

I have watched this whole thing via NBC,and I believe he is guilty beyond a shadow of a doubt. He did the crime, he must do the time.

I feel sorry for the old friends and relatives who still believe he is innocent. Especially the girl friend who was interviewed by NBC a couple of times and her friend/husband. Living in denial after six years, they need to learn to 'open their eyes'