The Polygraph and Sidney Moorer 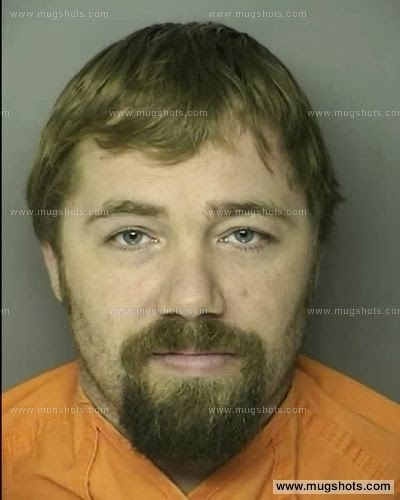 Recently I wrote that John Walsh advises parents of missing children to take polygraph tests, insisting on it, in fact, immediately.

I also wrote that I believe that Sidney Moorer and his wife, Tammy, should both take polygraphs.

But if innocent people can fail a polygraph, why should an innocent person take one?

Sidney Moorer should take a polygraph.  For those of you who could hear the strain and the agony in the voice of Terry Elvis, you can understand, and admire him, for not seeking to gain information from Moorer himself.

He is a better man than me, as I fear I would already have been arrested.

If your child was missing, and for whatever reason, you believed a man had information about your child's plight, would you need to be restrained from getting it, anyway you could?

What if the man's wife posted a calloused and vicious post about your missing child?  How much worse would it be?

Here is what a Sidney Moorer polygraph would look like.  For those who disparage the polygraph, for whatever reason, consider the following as a sample of what it would be like for Moorer, or what would have been like for Mark Redwine, had he taken it, and what it was like for Billie Jean Dunn and Shawn Adkins.

This is a 'back and forth' question and answer session which seeks to enter into the subject's personal, internal, subjective dictionary.

"Tell me about yourself..." is the most basic question.  What words the subject chooses, are carefully noted.

What is being searched for?  The meaning of "sexual relations" from Bill Clinton's personal, subjective internal dictionary.

The pre-screening interview simply lets the Polygrapher know the subject's own language.

In molestation cases, such words as "tickle", "touch" and "inappropriate" are all defined by the subject, himself, and not the police or Polygrapher.

In this case, words like "missing" and "cause" and "knowledge" are all used, as is "relationship", "caused" and "guilty knowledge" so that there is no misunderstanding, like in the case of President Clinton.  (For those of you who may not remember, President Clinton "did not have sexual relations with that woman, Ms. Lewinsky" truthfully, because he said that "sexual relations is intercourse" and not "oral sex."

Seen later with a black eye, Mr. Clinton joked that he liked to wrestle with Chelsea.  He did not say that the black eye came from wrestling with Chelsea.

Some of us believe that Hillary Clinton did not share Mr. Clinton's definition of "sexual relations."

Mr. Moorer, not hooked up to the polygraph, is now given the exact questions which will be given to him on the polygraph.

No surprise questions.   Simple "yes or no" questions are posed.  For example:

1.  Is your name Sidney Moorer?

3.  Do you know who Heather Elvis is?

4.  Did you cause Heather Elvis' disappearance?

7.  Do you know where Heather Elvis is?

8.  Did you have a relationship with Heather Elvis?

10. Are you deliberately withholding information about what happened to Heather Elvis?

III.  Hooked up to the Polygraph Machine

Now, he is told that he will be asked the same 10 questions while his vitals are monitored.  Nervousness is expected.  Most people are nervous about the polygraph because they think they are going to be asked surprise and embarrassing questions.  It is not so.

1.  Is your name Sidney Moorer?

3.  Do you know who Heather Elvis is?

4.  Did you cause Heather Elvis' disappearance?

7.  Do you know where Heather Elvis is?

8.  Did you have a relationship with Heather Elvis?

10. Are you deliberately withholding information about what happened to Heather Elvis?

Any significant change over specific questions is noted.  If he is nervous, his nervousness will be seen, let's say, at a 'level 4" on the needle, when asked about his address.  When asked "Did you cause Heather Elvis' disappearance?" and the needle hits '10' , it then is measured as the follow up question is asked:  "Is today Tuesday?", and if the level drops down to 'level 4' again, we see not only a baseline, but a signifiant change on sensitive questions.

With a skilled Polygrapher (one who enters into the subject's own language) results can approach 100% accuracy.

John Walsh knows the value of getting law enforcement past the innocent family members and onto finding the missing child.

Terry Elvis understands this as well.

No one wants to be falsely accused and falsely accusing someone will not help find Heather.  What is needed is cooperation.

This is something that  Interviewers understand:

In an interview, the Interviewer will generally get a feeling that the subject being interviewed is either working with the Interviewer to get the most amount of information, as if a team, working together, or...

Next:  Why disparaging the victim has increased suspicion upon the Moorers.

What does it indicate?

As a loving Parent you can feel empathy with another loving Father.

And placing yourself In his position .You indicate that you would not be able to refrain from inflicting your person upon him.

Be that a verbal confrontation/interrogation/ violence.

Perhaps all off the above you express admiration of Mr Elvis for his restraint,

And all of this Is based on a persons

SILANCE!
His reluctance to make a statement.

As your Blogs called Statement Analisis .

Where does your apperent insight into this persons guilt come from ?

Given your desire to pound a confession out of him if you were in Mr Elvis shoes.
If he has given you no verbage to pick apart ?

Or does silence speak a thousand silent analytical whispers?

I think Mr. Hyatt's point is the expected vs. the unexpected.

However, he has not done so to date and he has social media at his finger tips to state this as many times over as he would care to. I am sure there are news outlets that are drooling over the chance to quote him as well. Rather, he unexpectedly remains silent, even at the risk to his family (as he and his wife have claimed)

Had he spoken out with a reliable denial, not lied to police about having not spoken with Miss Elvis, and the scathing post from Mrs. Moorer, the Moorer family would not be in the situation they find themselves in.

There is enough evidence for Mr. Elvis to want to know if Mr. Moorer has told all that he knows. The restraint is in this matter is what I understood Mr. Hyatt's comments to pertain to.

Go back to the asylum, Dani. They've got your meds waiting.