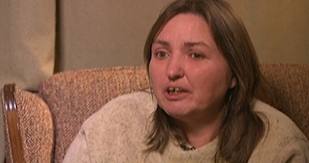 Carol Bengle Gilbert continues to help keep the story of Baby Ayla from disappearing from the public's view:

The DiPietros have not released statements and are acutely aware of analysis of such.  Please see articles here, as well as Kaaryn Gough's analysis and Mark McClish' analysis.

Statement Analysis has concluded that Justin DiPietro is deliberately withholding information about what happened to Ayla, with linguistic indications that Ayla is deceased, and that her remains were disposed of in water.

Media has picked up upon the 160 mile trip that Justin DiPietro made to Portland before calling 911, something known for quite some time, which suggests that some of the evidence was dumped miles from the Kennebec River.

There still has been no arrests in what appears to be a very strong circumstantial case against DiPietro.  One of the reasons why there have been no arrests may be that the "Waterville Three" are all sticking to their deceptive story, leaving prosecutors with the choice of filing charges against all three, rather than just the father.

Linguistic indicators are that Justin DiPietro and his sister, Elisha DiPietro both took polygraphs:  Justin DiPietro said he "smoked" his, while his sister said she did "fine" but refused to answer the question, "yes, but did you pass it?" making the question of passing the polygraph "sensitive" to her. Both were raised by Phoebe DiPietro who was caught on television also being deceptive about what happened the fateful night before Ayla was reported missing.  Police have yet to release the 911 call.

Angela Harry, apologist for DiPietro, published an online account (see reference in Carol's article) which, when shown to be deceptive, was taken down and replaced with a new "story" of what happened.

The original article will be republished here, shortly, with analysis.


Peter Hyatt as Statement Analysis Blog at 8:26 AM

"Before making that 911 call, DiPietro allegedly took a trip of approximately 160 miles, to Portland and back."

“He told police he drove to Portland because he thought Trista had taken Ayla,” Hanson said.

Is this info correct?

It is from a statement made by Jeff Hanson on a blog. A statement, I might add, which will never be analyzed on this website.

Are you asking whether the fact Hanson said it is correct (yes, he acknowledged that on his blog) or whether the underlying info is correct? He says investigators told Trista that; he is relying on them and her.

Justin Dipietro will continue to lie and fabricate alibis about his part in the disappearance of Ayla Reynolds, until he is locked up in jail.

He will only tell the truth when it is evident that he has nothing to lose and something to gain.

Just like Ronald Cummings and Croslin clan, the Dips are a clear and present danger to children.

I believe that could be said about the maternal side as well. Not that I personally think they committed this crime but there is a theme of neglect and immature uneducated child rearing in both of these families...kids being removed by the state , drug abuse, violence and so on.

This baby girl was failed by everyone around her.

Anon, there is a difference to be noted between being "failed" and being murdered. Regardless of how her parents may both have failed to do what was in her best interests, one of them *murdered* her. This is on a whole different level than failing.

It is time to arrest and charge all 3 (or 4) since they are in this together. Is that too much work for the prosecutor?