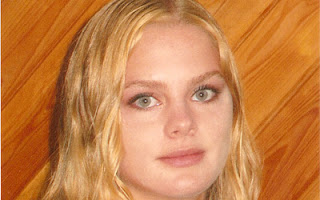 November 13, 2012 – Retired Virginia State Police Lieutenant, Joe Rader has released an open letter appealing to persons with information about the 2009 abduction and murder of Morgan Dana Harrington. Before retiring earlier this year, Lieutenant Rader was the lead investigator on the unsolved homicide case.

While the reason behind the release of this letter is unknown, Rader – a self-described “father, husband and person of faith” -- is likely moved as he imagines the Harrington family who face their third Thanksgiving and Christmas without their daughter.

Morgan Dana Harrington was a 20-year-old Virginia Tech student from Roanoke, Virginia who was abducted on October 17, 2009 after leaving a concert at John Paul Jones Arena on the University of Virginia campus in Charlottesville. Her remains were found in January 2010 on a farm in Albemarle County about eight miles away. While the FBI and Virginia State Police are still actively investigating the case -- no arrest has been made in connection with her murder.

In the years following their daughter’s abduction and murder, Dan and Gil Harrington have been strong advocates for improved legislation regarding campus safety and reporting protocols as well as the use of familial DNA testing in unsolved violent crimes. The Harringtons have also founded a public service and resource foundation called Help Save The Next Girl aimed at educating young women about personal safety, encouraging community vigilance and providing resources for victim’s families.

An Open Letter to The Person with Information on Morgan Harrington’s Death
You know my face and voice because you have closely followed the case. Now, I no longer speak as a COP or for the state police, but as a father, husband, brother, friend to others and person of faith. I retired from law enforcement and the case, but their hard work continues every day. I have not run away from wanting to help find the TRUTH of what happened that chilly October night at JPJA and the bridge in Charlottesville, VA. Some people evaluated every word I said in press conferences as some sort of secret coded messages, but that was never the case.

So there is no confusion for you, I will be very blunt- YOU are not the same person you were in October 2009, because you hold the TRUTH of what happened to Morgan that October night and it has consumed your conscience every day. You see, you have important information from that night! It is time for YOU to DO THE RIGHT THING and free the burden of your conscience with the information you have. It is time for YOU to stand up in the name of humanity and justice. It is time for YOU to show that you have a sympathetic and dignified place in your heart so heavily troubled, regardless of your involvement in the circumstances leading to Morgan’s death.

Money has not brought you forward, but I understand it. No amount of money can clear a conscience that hides the truth. So what has held you back from making that call? Maybe you talked to law-enforcement and they missed your message. It can happen, so pick up the phone and call the VSP, AMW, FBI, or Crime Stoppers tip line. You have no excuses of lack of options to call! Is it embarrassment, fear, stigma, or skepticism that your information might point the finger at you? YOU have the TRUTH that will lead to solving the case, and that information will set your conscience free and bring peace to a family. The facts you have can be verified, but you must be totally honest. Half-truths are no more than little lies and will not relieve your heavy burden. It is time for YOU to come full circle and DO THE RIGHT THING!

How have YOU faced your children, friends, siblings or parents these past couple of years? I bet YOU have imagined the pain of losing one of them to a death that was senseless! I bet YOU would fight every battle to bring them back or at least find the TRUTH and the person responsible. YOU would accept nothing less than for people to fight for your cause if you had suffered the same tragedy. I know YOU have a conscience because you consider these things and it makes you nauseated! What have you seen when you look in the mirror? That has to be an image that causes you shame because you have the answers and know YOU must DO THE RIGHT THING.

So, there is no option to free you of this burden except to make the call now. One day, we all will face the judgment of who we believe is our Creator. At that time, there is no second chance to clear your conscience because you failed to DO THE RIGHT THING. Maybe you are not religious, but I wonder if you haven’t sought forgiveness from a Higher Authority. If so, I am certain you haven’t found that peace because you have yet to DO THE RIGHT THING! Call the tip lines or Crime Stoppers with the information that you know will bring this case to a conclusion. Call someone that you feel comfortable will talk to you and the police to understand what happened that night with Morgan Harrington!

This letter could appeal to anyone of the unsolved cases featured on this blog.

I love this man for his steadfastness.

I may not be experienced in Statement Analysis, but the impression I got, is that the killer and the police have had communication in the past.

My reasons for this conclusion:
You know my face and voice because you have closely followed the case.
-I believe her killer had contacted the police in the past. The Lt. felt he had to explain why the killer knows his face and voice. It was because he not just followed the case, but “closely” followed the case.
Some people evaluated every word I said in press conferences as some sort of secret coded messages, but that was never the case.
- What we say in the negative is important. I believe in the past they were speaking directly to the killer. Maybe not in coded messages, but in words only the killer would understand.

So there is no confusion for you, I will be very blunt- YOU are not the same person you were in October 2009, because you hold the TRUTH of what happened to Morgan that October night and it has consumed your conscience every day. You see, you have important information from that night!
--I think the killer has spoken with them about what happened and may have indicated remorse. They are appealing to that part of his character.
Maybe you talked to law-enforcement and they missed your message.
--He stated this as a sentence, not as a question. To me this means he talked to law enforcement, but his message was not understood or comprehended. Maybe communication between them did not go well. It appears to me that they are trying to get him to call back.
The facts you have can be verified, but you must be totally honest. Half-truths are no more than little lies and will not relieve your heavy burden. It is time for YOU to come full circle and DO THE RIGHT THING!
--I think the reason the communication lines ended was because the killer started lieing to them.
How have YOU faced your children, friends, siblings or parents these past couple of years?
--Order is important. I think the killer told them he had kids.
I know YOU have a conscience because you consider these things and it makes you nauseated!
--How does he know the killer has considered these things if he hadn’t spoken with him in the past.
So, there is no option to free you of this burden except to make the call now.
--“the call”, not a call.

I apologize if this is not the case. I remember when this happened and felt awful for Morgan and the pain her parents continue to live through. I pray that her killer does come forward or someone who knows him.

Anon- you did a great job on this, and my feelings on the case are simular to yours.
I hope this case is eventually solved.

OMG...I have now read this letter so many times I've lost count. I tend to get into the psychology of it rather than stick with SA, but here is my take on it.

Joe Rader is speaking to one person, "the person" who somehow knows a bit of info on what happened to Morgan Harrington.

JR is not speaking to the murderer, but a person who possibly was in the car earlier "what happened ...at JPJA and the bridge..." or helped lure Morgan to her death. Or maybe a spouse of the killer because Joe Rader leaves that relationship out of the list "How have you faced your children, friends, siblings, parents..."

Joe Rader knows or feels he knows the person he is speaking to. Has that person sent messages? Been interviewed and released? Or is it that he knows it is right in front of him and he can't see it so hes telling the person to speak out?

The change COP to POLICE stumps me. He was a cop. The others are police. Cop is softer, friendlier. Is he possibly encouraging the person to come to him? Does he see police involvement? I don't know this case. Is there?

He says he is not talking in code...in the negative. I believe he is. All caps on some words...COP, DO THE RIGHT THING, YOU, TRUTH.

He spends the first entire paragraph telling about himself ...isn't that strange? It is a letter to a person he wants to tell about a murder, but the first paragraph is all about himself. I don't get it! Was there something behind the scenes? Where the murderer taunted the police?

Anyway, he wants someone, a witness or accessory to come forward.

Oh, and look at the last sentence. I have read and read it. Please Peter...what does it mean?

"Call someone that you feel comfortable will talk to you..."
He is worrying about this person's feelings and comfort level.
"will talk to you"
will listen to you, believe you, take you seriously.
"and the police"
Hear your story and tell the police. Ok, an attorney. He was saying to cop a plea.
"to understand what happened that night"
tell your side before someone else does
"with Morgan Harrington."
WITH?? Shouldn't it say TO? He is seeking an accessory or witness.

Most likly Matthew left an object behind at the crime scene. Her (Morgan's)neckalce was missing and her T-shirt found near a college dormitory (11/11, IIRC);her body located 10 miles away in a desolate pasture. 101 days later a farmer finds her remains.

Being he was a cab driver, someone who would have been a godsend to Morgan, perhaps he left a clue. Perhaps an auto freshner in the shape of a tree with "Black Ice" emblazzoned on it's smelly trinket of a sacrifice to those whose stalking and murdering ways will always be a reminder of how they know him.

Did he call them and confess? Doubtful. He like the boardgame of letting them know his identity.