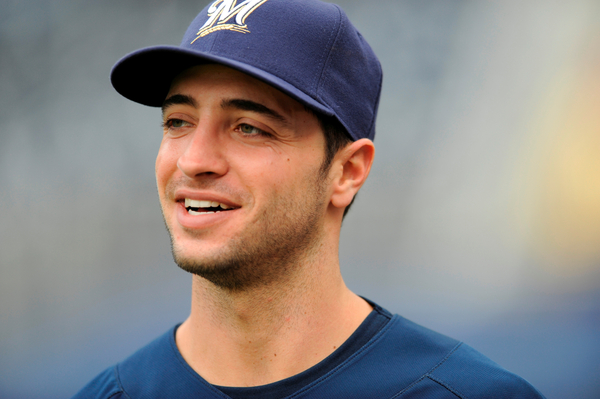 He is now part of yet another investigation...

The shortest sentence is best.  Just how weak is this statement?

"This substance never entered my body" is the shortest working sentence.  By itself, it is not a reliable denial, but let's look at the extra words:

"I believe that this substance never entered my body."  This is weak.  To "believe" allows for other beliefs.

"I truly believe in my heart" means that he has:

"I truly believe in my heart and would bet my life..."

Take the six weak indicators above and not add that he "would bet" making it even weaker.

He does not say that he does bet, but that he "would" bet.

"I truly believe in my heart and would bet my life"

Not only "would" he bet, under some circumstances, but would be his "life"; giving indication that he might bet other things too.

"that this substance never entered my body" uses the word
"never" which is not a reliable substitute for "did not" or "didn't"; further weakening an incredibly weak statement but the liar is not finished:

"at any point", which signifies a singular point, separated from plural.

In other words, as he is making this statement, he is leaking out the many (plural) times (points) the point of a needle entered his body.  Strange, isn't it, how he used the word "point" when talking about a drug that is painfully injected into the body?

Ryan Braun tested positive for exegeneous testosterone.  He was found to be 'substantiated' or 'guilty' and suspended from Major League Baseball, who is said to have the weakest drug testing policy of all sports, but appealed on the basis that his sample may have been tampered with.

Although the lab and the delivery man testified that the sample was not tampered with, the arbitrator ruled in his favor, of which Braun said, "the truth was on our side" in his statement made afterwards.

He was unable to say:

"I did not take testosterone" and "I told the truth."

Even those who are able to say "I didn't take testosterone" when they really did, are unable to look at their statement and say "I told the truth."

There is something deep within all of us that knows that lying is wrong and feels the stress of it.

This is how lie detection works:  it picks up the sensitivity indicators that associate with deception.

Even sociopaths use language that shows deception and a desire to avoid the direct confrontation of a lie against reality.

Im no SA expert however, that has got to be the worse denial ive ever heard since i started learning SA.
That statement should be used for training purposes..

I truly believe (Sounds religious, flag) IN MY HEART AND I would ( wrong tense) bet (unexpected, gambling) MY LIFE, that THIS SUBSTANCE never ENTERED MY BODY AT ANY POINT."

I used twice: I truly, I would
My used three times: my heart, my life, my body…shows sensitivity
THIS substance: this shows closeness.

I'm extremely inspired along with your writing skills and also with the format in your blog. Is that this a paid subject matter or did you modify it yourself? Either way stay up the excellent quality writing, it is rare to see a nice blog like this one today..
Feel free to visit my web site ... on line roulette for money


Police acting on a tip-off discover a handcuffed 17-year-old boy who says he has been locked in his home since September.

The boy had been kept in his parents' basement for months.

The boy lived with his parents in Kansas City

A frail 17-year-old boy has been found handcuffed to a pole in the basement of his parents' home in Missouri.

According to a police report, an officer and social worker found the teenager after receiving a tip-off.

Police say the boy said he had been confined to the basement since his father took him out of school in Kansas City in September. They say he looked very thin for his height.

The report does not disclose the name of the teen or his family.

Police said they are still investigating and have not yet submitted a report to prosecutors to consider possible charges.

MONUMENT – What was supposed to be a day of celebration was another day of gut-wrenching pain for the family of Dylan Redwine, a Monument boy who vanished in southwest Colorado while visiting his father over Thanksgiving break.

But they didn’t celebrate. Without the guest of honor, they couldn’t.

Instead, more than 50 people marked Dylan’s birthday during a somber gathering at Limbach Park, shining lights — or “beams of hope” — into the dark sky as a light snow began to fall. Similar gatherings were held in Farmington, N.M., and Bayfield, the town in southwest Colorado where Dylan once lived.

Dylan disappeared during a visit with his father, Mark Redwine, in the Vallecito area near Bayfield. Authorities have said they don’t believe Dylan ran away, but extensive searches in Vallecito have turned up few clues as to his whereabouts.

Goodall, who has terminal cancer, said she had celebrated every birthday with Dylan since he was born.

“I want to see him before I die, and it won’t be long anymore, so I have to see him,” she said.

Wednesday’s gathering started with a prayer by Dylan’s older brother, Cory, who asked the Lord to bring his little brother back home safely.

“We’re all very, very sad he can’t be here to join us. It’s probably the hardest day out of all of them so far in the past 2 ½ months,” Cory told the crowd.

Elaine Redwine, Dylan’s mother, said she wanted to have a birthday gathering for all the people who love and care for Dylan.

Elaine Redwine said she and her older son have been pleading with Dylan’s father.

“Dr. Phil is offering to put us on this Wednesday,” she said, referring to daytime talk show host Dr. Phil McGraw.

“I would love for (Mark Redwine) to join us,” she said. “It’s very important that we get this information about Dylan out there. As I’ve said all along, this is only about finding Dylan, and we need to work together as a team to do this.”

I think i mentioned needles when this was first commented on in this blog in regard to use of the word point.

It stood out since he was injected :)

this whole performance enhancing situation is out-of-control- the answer can not be don't do it- yt won't work- goes against human nature- so what WILL work?