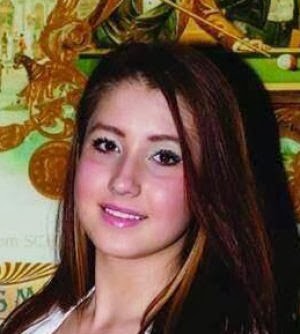 Some thoughts on the case...

Elvis' statements that I have seen to date do not contain deception.  This means, simply, that these statements do not have deliberate attempts to deceptively withhold information.   Remember, the "statement is alive"; that is, analysis of the case, and analysis of the person, are separate issues:  This is analysis of a statement.

Note also that angry responses, including the possible threatening of the married man's wife or family, are not "unexpected" responses.  An innocent father will be desperate to have his daughter found and would likely say or do anything in means, to bring about the end.

As more time has passed we will find two things:

She has been missing for more than a month.  He is a male.  Males and Females often have different "denial times" which we find in language.  Males will use past tense verbs earlier than females (mothers, in particular, more  than anyone else, including siblings, aunts, etc).

It is not an indication of guilt if he should reference her in the past tense, as past tense references in missing persons cases, particularly in missing children cases, indicates a belief or knowledge that the missing child is deceased.

How the subject has come to this belief (or knowledge) can be:

a.  Guilty knowledge
b.  Things told to the subject by police
c.  Signs of risk in the missing person's life (substance abuse, for example)
d.  Pessimistic personality
e.  passage of time

In other words:   Don't be surprised if you hear police jargon from a parent of a  missing child if the police are working closely with the parent, just as you should not be surprised to hear lawyer-speak in the language of a guilty parent who is being heavily guided by an attorney.

We saw, repeatedly, (by way of example) Billie Jean Dunn's claims to be working closely with the police, when, in fact, the police were not communicating anything from her.  Her language not only showed deception, but it was void of police jargon or expressions.

Regarding Terry Elvis' statements, it is true that he does not appear to have been asked, specifically, if he was involved in it, so we may not see a denial.  Nor do we have a police statement from which to base opinion on.

What would be interesting would be to have an interview with the married man, Sidney Moorer, who is reported to not only having had an affair with her, but also having spoken on the phone to her just prior to her disappearance.

His wife, a woman scorned, is in deep pain, as her posting shows.  He betrayed her, and likely shook her foundation.  One of the quickest defenses we see in infidelity is to blame the OT (other woman) for seducing her husband.   She calls Sidney "stupid" but reserves her venom for the missing young woman.  The lack of empathy or compassion shown towards Heather Elvis may shock some, but it likely is born of a deep, personal and intense pain of betrayal, as many consider this to be the second most challenging trauma, after the death of a loved one, that an unsuspecting spouse might encounter.

She may be in too much pain to realize the venom of what she wrote, and with the internet being what it is, it isn't something she can take back.

These things may be the case, or, perhaps, she is terribly cold-hearted, herself, and cares nothing for a missing 20 year old.  Her post shows a need to blame Heather Elvis, which likely did not sit well with  Terry Elvis.

It also may be that a very unfavorable portrait of Heather Elvis emerges, particularly if she aggressively pursued Moorer; regardless, she is a very young missing woman who needs to be found.

We hope for some statements to analyze in this case, particularly if journalists ask open ended questions and give real quotes.
Peter Hyatt as Statement Analysis Blog at 4:32 PM

I was posting stuff saying I suspected Terry before I saw anybody else saying it. And I think now I was wrong. I think foremost I picked up from him that he knew more than he was saying , namely that he had a pretty vivid idea in his head of what happened to Heather - and I realixe now it was because he knew facts the police asked him not to publicize.

When Tammy called Sidney stupid in her post I wonder if this means she may suspect him as being responsible for Heather's disappearance.

I don't think she did it. Here's precicely why: Sidney was the one in contact with Heather that night so if there was an intent to lure Heather out and murder her -- it would have to be that both husband and wife were involved. which would speak to intense alliance. But Tammy's post shows anger and distance towards her "husband". Therefore I do not think they are partners in crime.

with the info we have now I think it's more likely sidney acted on his own -- motivated by fact Heather was pregnant.

however -- I would like to know how often Sidney and Heather exchanged calls through the night. there is a very slim chance but a chance that all this business is circumstantial to what really happend to her and why nobody can find her.

if they were exchanging calls till 6 in a.m. --- isn't that getting pretty close to sunrise and morning traffic? hardly the time to go doing violent crimes out in open. I suppose there are exceptions.

then comes question -- if Sidney did it -- was it a preconceived plan and did he hire anybody to help him?

either way he still likely did it -- but if he called her first that says to me it was preplanned.

somebody called heather from a gas station payphone on the morning of 18th . no doubt whoever made that call can answer these question.

after reading the intervire with Tammy poted above -- I actually beliebe Tammy. at least I believe she believes herself. I'd like to hear from her husband as well/ no doubt he didn't tell her whole story of his relationship with heather -- /

I do think it's possible that heather wad so upset that night that she tried to buy drugs or do something self medicating like that --- and there's a whole other scenerio that led to her disappearance - beyond what we know about.

Wasn't Tammy also involved in extra-marital relations outside the marriage? If so, then I don't see how she could have been so 'scorned' by her cheating hubby by the time Heather went missing when she had been doing a little scorning herself... hummmmm?

However, I do still see her as the big bully intimidating cow woman who would exact her vicious vengeance against another woman her husband had bedded if given the right opportunity, regardless as to what she might have done herself in the breakdown of her two-way-street cheating marriage.

I was googling for updates on Heather Elvis, and was reading one of the stories of the father pleading for her return. This quote struck me as odd:

“If by any reason at all you should hear this Heather I love you your sister loves you we want you home,” said Terry Elvis.

The reason it seems odd to me, is that it does not mention Heather's mother. I saw the mother appearing with the dad on Nancy Grace, but I recall the father did most of the talking. I think it seems odd that he didn't mention that the mother misses Heather, too. It may mean nothing and I don't think the mother was involved. It may be an indication that maybe Heather and the mother had a strained relationship. Still, I don't know if that would cause him to leave her out of the comment.

The rest of the article is here:
http://theobamacrat.com/2013/12/28/findheatherelvis/

Chelsea Hoffman (journalist/author @all voices) posted an article today covering her interview with Tammy moorer. In it, Tammy said Sidney told her he only had sex with Heather 3 times. 3.

The article is more geared towards commenting on the lifestyle rather than journalistic endeavoring to find the truth. There are few actual quotes so Statement Analysis is not used.

That they had sex "three times" is obvious for readers here, but the lack of quotes leaves us with little else to go on.

Yea I told Chelsea that more direct quotes would be fabulous. I thought it was interesting because from Tammy moorers Facebook post that was republished here, it seems to fit that she would say 3 times. Who knows if that's what her husband told her or if she's minimizing the affair.

unless heather was pregnant/ & Tammy woulda thrown Sydney out for this - & this would have been unbearable for sidney -- either financially, emotionally or both -- I still don't see motive.

maybe best person to answer that is Tammy -- .


also there's gotta be some very hard fact to examine in terms of alibi and timing. was Tammy with Sidney all through 17th, 18, etc? or was there unaccounted time?

the father had another on air interview today. he can not bring himself to address heather "in case she is watching" as requested by interviewer.

he can't keep looking at camera and has to change the address to - whoever has answers.

it seems to be he has no belief she is alive and never has - since car was found or thereabouts.

maybe he has been told to keep quiet about even more info by police -- than just the early morning phone calls.

Correct me if I'm wrong; but hasn't Peter already determined that Terry Elvis is not being deceitful? If so, then why all the suspicious questions concerning Terrys' statements?

Concerning Heathers' mother; I'd say that she would definitely have had many discouraging and bitter disputes with her daughter; likely Terry would have too if he knew all that his daughter had been doing. Sometimes fathers aren't told everything, just for the sake of peace and less conflict. Heathers' father would be angry with her mother now for not telling him everything.

Mother Elvis would not have approved of her daughters' relationship with a married man and would have said so at every opportunity she had with Heather. Neither would she have approved of Heathers' drug use. She would have been very angry; what mother wouldn't be? She would be heartbroken now, thinking "I told you so", with few cautious words to excuse her errant daughters' behavior, doing the best she can.