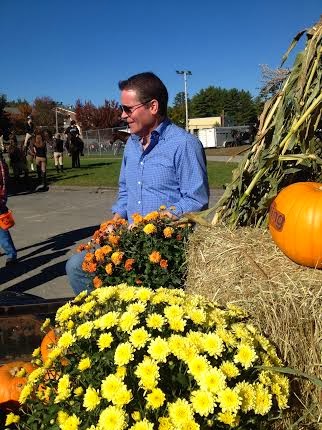 We see that language is shifting over time, and cross culture, but what remains is the expectation to be understood when speaking.  When this expatiation is in place, we can employ analysis.

Yet even analysis must be fluid so that it shifts as language shifts.

We have words like "selfie" (that is when a person uses a cell phone to take picture of one self) and "photobomb" (when one interrupts or inputs himself into another's photo) and a host of abbreviations that are creeping into our language.

It is not just "google", which has become a verb (imagine that!) that we must respond to, but even the cultural changes that influence language.

I was thinking of this very thing recently when a study came out that showed that more and more people are watching television while operating an electronic device, like an iPad.

One issue that came to mind was the word "with" in analysis.

When we find the word "with" in a sentence used between people, it is a signal of distance.

"I am working with the police."  How might the same thought be stated differently?

"The police and are are working on..."

This subtle change can be the difference between strong cooperation and a lack of cooperation, depending upon the case.

The word "with" when found between people, suggest distance.  Sometimes the distance is very important.  Other times, the distance may be something very minor.  Recall our example from Christmas:

"I went Christmas shopping with my wife."

In this case, I most certainly did not want to go shopping.

"My wife and I went Christmas shopping" was a much more enjoyable outing for me.  In the latter, perhaps it was that we looked at things I enjoyed looking at, while in the former, the distance is due to me being preoccupied.

"I had lunch with my wife yesterday.  I ordered seafood while she ordered chicken."

Here, the word "with" indicates distance, and it may be that the distance is merely that we ordered different meals.

"My wife and I had lunch yesterday.  We had chicken."  Here, there is no use of the word "with" and no distancing language because we ate the same food.  It can be something this minor.

I was watching TV with my family" has distancing language even though all four of us were watching the same program.  While watching the hockey game, I was typing on my lap top, Heather was looking up some statistics on her iPad, and Sean and Christina were texting friends.

If the study is to be believed, it may be that more of us are watching television while operating cell phones, iPads and other devices, and it will find its way into our language.

Sergio Celis said: "...a lot of things that we wish we could just close the book on"

Yes, I'm sure he would like to close the book on the entire situation. He's not saying he wishes to FIND his daughter, but just that he wants to close the book on a lot of THINGS. He is more concerned with how HIS life has been invaded. The expected natural concern of an innocent parent would be to find their missing child no matter what and their life would be an OPEN book.

I wonder who Sergio is molesting NOW, now that he's lost his sweet daughter due to HIS molestation of her....

Let us not forget her childish words scrawled on the inside wall of her closet: "my daddy is a bad man." AND, very likely her mommy too. This depraved cow HAD to know something.... 'eh?

That right there should tell us all we need to know.

There is more here Kellie Sue.

My apologies for another OT.

To me a lot of what he's saying relates to things you write about in your blog here.

he constantly compliments the police and saysa they are doing everything they can.

he doesn't use Heather's name in talking about her -- in the poster he made about her it reads "everybody is somebodies daughter this one is ours." -- just seems to be such awkward language.

he talks at great length about his own suffering but doesn't talk about what she might be going through.

in his poetry on facebook since she went missing he uses lots of imagery about smothering and darkness. last breaths, void, reaching out, etc.

before christmas he said she wouldn't be home for christmas.


--- what do you make of all this?? could this be an example of somebody demonstrating these "red flags" and yet NOT be involved?? how do you tell the difference? I can't find anybody else saying they suspect him from his behavior.

The study would also lend credence to the idea that being on a singular electronic device in a statement would not necessarily mean one was alone.

Honestly, I always thought you were wrong in your opinion of people prefacing statements with "honestly,...". I feel like this us typically used to say "you're not going to like this, but....". That's all for tonight.

i'm with you on this peter.

Anonymous said...
Honestly, I always thought you were wrong in your opinion of people prefacing statements with "honestly,...". I feel like this us typically used to say "you're not going to like this, but....". That's all for tonight.

Good post. It could also signal that the subject is more likely to say pleasing things, even if not true, as we fine this expression among the "polite" crowd; those who learned as children to give polite but not entirely true compliments.

The one thing, i strongly disagree with, is "sure"... my brother and his friend had a fight over this, as where we grew up if you said, "sure" it was the exact same as YES.... his friend asked him to do something and he said "sure, I will do it." and he took it as "If my brother had too do it, but that my brother did not want to do it."... Sure=yes where i grew up..... I am always wondering about different "slang-terms" sure is one I will never understand the way you describe it.