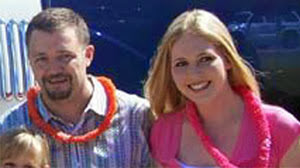 Matt  Baker lied to his attorneys, well seasoned vets, and some local reporters, about not having an affair.  His attorney and the "cynical"  reporters believed him.

He was a pastor who had an affair with a school teacher, and murdered his wife.

The jury struggled to believe the other woman, because she was a liar.

"Once a liar, always a liar" the jury forum said.

"I truly believe in my innocence and that the jury made a mistake." Baker said to the court.

Later, in prison, Baker was challenged about his lying.  Note the statements are in italics and the analysis is in bold type.  Was he this great liar that he was made out to be?

Here is what he said from prison where he is serving 65 years for the murder of his wife:


"I'm coming clean on the lying about Vanessa.  I made a mistake.  I'm human.  I was having a tough spot in my marriage and I took the chicken way out.  But, I would never hurt my wife.  I never did.  I never laid a hand on her, ever. "


"I'm coming clean on the lying about Vanessa.

2.  "on"  This is a verbal signal that he is coming clean on something in particular, but not on something else.  Since he was convicted of murder, one would expect that this would be the thing he is going to come clean on:  the murder of Kari, his wife.  Instead, he addresses "lying."

3.  Note that she is "Vanessa" without a title.  Not girlfriend, or lover or ex girlfriend.

These are often the words heard during minimization as the subject feels the need to 'level the playing field' as if the expectation is that the subject is "above" human being status.  (see Chris Christie).

I was having a tough spot in my marriage

Note the absence of the pronoun "we" in the marriage.


and I took the chicken way out.

But, I would never hurt my wife.

1.  Please note that the vast number of liars do not like to lie directly and will use the conditional/future tense verb, "would" rather than "did not" or "didn't."

2.  Please note that the word "never" and "ever" are not reliable, and should not be interpreted as "did not" or "didn't"; as they are appropriate when being asked "Have you ever...?"

3.  Please note that "hurt" is minimizing language because Kari was murdered.

4.  Note that here, with regard to "hurt" she is his "wife", yet she is not given a name, which is an incomplete social introduction, indicative of a bad relationship.

Unreliable denial.  Do not substitute "never" for "did not."

Note that he again uses "never" and then weakens it with the follow up, "ever" in his denial.  This is also an unreliable denial.

Was he able to say that he never laid a hand on her because he poisoned her?  Yet, the "never", coupled with "ever" is unreliable, so that even not laying a hand on her is not to be deemed truthful.

"I would never hurt my wife."
i would like to mention, imo, "wife" used in this way may be "ownership". what is his internal definition of wife? what does "wife" mean to him? imo, he believes he owns her and can do what ever he wants to her. he would not "feel" her pain if he hurt her. no remorse.
it would be harder for him to say he would not hurt a specific person by name, because then they have individuality and he has no authority over that person do do what ever he wills.

I read the book about Matt Baker. He is as cunning and deceitful as they come.

His parents taught him well. His father was a child abuser who exploited his foster children. One girl said that she was passed around by Matt's father to his "friends" for sex, one of whom was a minister.

Matt's mother denies everything and stays ever "enduring."

Cover ups, alibis, betrayals, lies, and excuses are a real part of his personality. Murder was easy for him once he figured out how to pull it off.

I used statement analysis when I read his statements and didn't see a reliable denial then.
Why should he tell the truth now?

This man has nothing but contempt for others.

Trigger- why did the book say he killed her? Money of some sort, not having to share kids, or that he was just done with her? This is usually a very narcissistic behavior.

"I truly believe in my innocence "

What innocent person needs to BELIEVE in his own innocence? Especially "truly believe"?

Matt Baker got tired of his wife according to Kari's family. He needed Kari dead so he could be a "respectable widower" who had "long suffered" with his wife's "depression" over the death of their daughter

He had a long history of "surprise" sexual assaults on young women throughout his life.

It's like childhood fairy tales, the harder one believes, the more real and true a fantasy can become in oneself. I think he has to believe in his innocence because he knows it's a tall tale. He does not say "I am innocent", but he BELIEVES in the fantasy that he is innocent.

Matt Baker had escaped responsibility by fabricating explanations when women accused him of sexual assaults.

His lies kept him safe from accountability for his lewd behavior against unsuspecting young women the same way a pedophile protects themselves from prosecution.

it wasn't surprising since he was most likely emulating his father's secretly predatory behavior.

Peter Hyatt It's hard to believe he was able to lie to a "cynical" lawyer and "cynical" journalists and get away with it.
--------------
in the age of political correctness, no one's career will last if you call a spade a spade.

A South Carolina man arrested in the 1990 cold case murder of a North Carolina girl made his first appearance in court on Monday.

Ferguson is charged with first-degree murder and first-degree sex offense in connection with Shalonda's death after forensic evidence linked him to the crime, according to police.

Capt. Mike Richey said detectives had been working the case for years but were never able to make an arrest. Shalonda was the only child murder cold case in the Greensboro police files since 1969, according to Fox affiliate WGHP-TV, which interviewed Detective Tony Hinson, the lead detective in the investigation.

Hinson declined to elaborate on what kind of evidence he said linked Ferguson to the murder.

"It was incredible," he told the station. "At first, I was very cautious when I began working this particular lead on Mr. Ferguson. I didn’t want to alert the family too early."

The girl's body was found behind an elementary school -- in an area where police said Ferguson occasionally worked. Authorities said the child had been sexually assaulted and then strangled.

Ferguson is being held in the Spartanburg County jail pending extradition to Greensboro.

The judge appointed Ferguson a public defender and capital defender. He is expected back in court on Feb. 27. He could face the death penalty if convicted.


Once a crime id doner it cannot be undone, Sooner or later justice will catch up with you.

Take note all you murdering parents.

Sounds good Hobnob, but it's not the reality of the situation. Many murders are never solved, many deceased bodies are never found, many parents and others go to their grave getting away with the children and others they murdered. Some are set free on a legal technicality and never pay for their murders.

Then, you've got all those who were erroneously charged and convicted, some spending their lives in prison for crimes they did not commit, with some being executed; while the guilty walk free and enjoy their lives 'til the day of their death with no one being the wiser.

The only justice we can actually count on is in the hereafter.

"I was having a tough spot in my marriage"

Charlie Webster, Sky Sports Presenter, Reveals She Was Sexually Abused As A Teenager

In the 911 call, Baker didn't use a greeting, but he does sound kinda calm and collected.
My question is: Is the way a 911 operator answers a call (ie- "911, what is your emergency " vs "911, is this an emergency " ) a factor on the callers response?
On new years Eve my neighbors trailer caught on fire, 2 people were inside. I made the initial 911 call. I remember her, the 911 operator, said "911, what is your emergency" and I answered her question without even thinking "my neighbors trailer is on fire. People are in there. Hurry its goin fast'' (then I cried and started yelling....).
What is the best way for a 911 operator to answer calls?

Matt never asks for help for Kari in the 911 call. He sounds unconnected and matter of fact, like an observer.

He goes right to alibi building when asked,
"What is your emergency?"

He doesn't have an emergency nor does Kari because he knows that she is dead.

"She's cold"
Isn't that what every cheating husband says about his wife?

Matt Baker's attorney believed Matt when he said that he did not have a sexual relationship with Vanessa Bulls. Matt was convincing.

Vanessa Bulls denied it in the police interview, also.

Matt Baker later mocked Kari's mother in a cruel, cold sardonic way, he really believed that he had committed the perfect murder, but Vanessa had remorse for Kari's death and compassion for her family. Vanessa also feared for her own life when Matt got tired of her.

"She's cold" would be the logic and reality for Vanessa in due time.

It never ceases to amaze me, the narcissis ability to try and create a cocoon of lies to insulate themselves from accountability, no matter how ridiculous or numerous their lies become. I wonder sometimes if they have any concept of how ridiculous they really do sound when they are spinning their fantasies? I am a highly educated middle-aged southern women who has just about seen and heard it all in my lifetime. The truth is not that difficult to find or see. But I do have a problem with someone trying to use the guise of Christianity to help hide insidious behavior. They best "pray" every night that there isn't a higher power waiting to greet us at the end of life. They'll have some explaining to do! Maybe Christ will "believe" in their innocence. Somehow, though, I doubt it.

Elf, I recently called 911 for police assistance and the operator responded with "911, WHERE is your emergency?"

Her question jolted me from explaining what was happening to where it was happening. I was surprised, but it calmed me down and by the time I had finished explaining the emergency, the police were on the scene.

It seemed to me to be the best 911 response because, no matter the panic, confusion or hidden agenda (establishing an alibi) there was only one way to answer, and help was on it's way!

I believe Matt Baker killed his wife. His mother said that he never had to be punished when he was a child. There is a HUGE difference in never being punished and never needing to be punished. His parents treated him like the second coming. He felt entitled his entire life. He lied under oath; he is a preacher. He told his mistress that God was a forgiving God as long as you asked for forgiveness. I believe you have to have remorse to atone for your sins. He has no remorse. He makes my skin crawl. Kathryn Casey's "Deadly Little Secrets" is a great book. I can only hope the children understand that their mother didn't take her own life. Love thy father, but know who he really is.