"We Were Losing Light" Examined

Regarding the pronoun confession found in the transcripts of murderer, Dennis Dechaine, we examine his wording. Whether it was his cleverness, or if it came from his defense team overnight, makes little difference.  It highlights the need to explain.

Statement Analysis of the transcripts of the trial of Dennis Dechaine in the murder of 12 year old Sarah Cherry in 1988 show not only deception on the part of Dechaine, but include a "Pronoun Confession"; something that is said to be in as much as 80% of police files of homicides.  The principles of Statement Analysis are applied in the same manner, case after case.  Please see, via search, the original analysis, as well as "Pronoun Confessions."

In his reply to the prosecutor, Dennis Dechaine explained that "we" was used by him because it was universal.

He was speaking "collectively" as if "we received 6" of snow" universally.

"We" may all get 6" of snow, but only those who need light lose it. 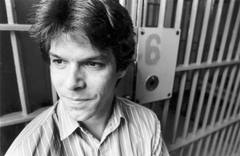 Only one in need of the sunlight, dependent upon it, loses it as the sun goes down.  In the cross, the prosecutor did catch his errant use of a pronoun which forced Dechaine to have to explain himself.

This means that Dechaine had a need to explain.  Pronouns do not "need explanation." Pronouns and articles are exempt from our personal, internal, subjective dictionaries. That he gave a clever response further supports the analysis conclusion that Dechaine was an accomplished liar in life, just as he was an accomplished drug addict.  Addiction and lying are organically linked.  He sought to portray himself as a casual drug user, but his language, and practice, show otherwise.

The evidence was conclusive and not difficult to follow.  The arguments pressed by his supporters are emotional and thin.  His own attorney said that the DNA testing could "backfire" on them, meaning that it would injure his client.  This shows knowledge of the crime and a lack of confidence that Dechaine's DNA could be on Sarah Cherry, a victim he feigned to have never seen.

Should he receive a new trial, he could get away with the murder as attorneys can prey on those who, after almost a quarter of a century, may not serve them well.

This would be a re-victimizing of Sarah Cherry's family.


Peter Hyatt as Statement Analysis Blog at 8:47 AM

I had never read aboout this case, but after seeing recent postings here decided to go look for a court transcript. When I came across the "we were losing daylight" statement, it stood out from everything else he had been saying, clearly pointing to deception and what I believe to be his guilt.

This is a really astute and I don't think I would have picked up on the pronoun change! I have listened to him talking in an interview and he definitely seems like he "believes" he is innocent. The facts in the case are so incriminating towards him. He does seem highly intelligent. I think if anything he has convinced himself of his own lie. This change in pronoun you picked up on makes me extremely skeptical of his claims of innocence.