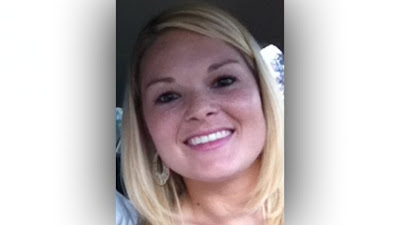 Kelli Bordeaux, 23, has been missing since April 2012, last seen being given a ride home by sex offender, Nicholas Holbert, who worked at the bar that Kelli was at.  She sent a text message about being home safe, and has not been heard from since.

Nicholas Hoblert is the only known Person of Interest, and is being held by police on unrelated charges.

He has not spoken much, but we begin with the 'expected' that is, what we expect an innocent person to say

The expected:  "I didn't kill Kelli."

I.  "As soon as you drive into the entrance to Meadowbrook, she said stop right here," Holbert said. "So I stopped and she said, 'I'll walk home.' I said, 'Are you sure?' She said, 'Yeah.' I said I figured she didn't want me to know where she lived, or somebody was there and she didn't want to be seen together."

The first thing we notice is not only does he begin in the 2nd person, "you", instead of the first person, "I", but that he begins in the present tense.
This short statement is unreliable.
He should have simply said, "I drove..." but he cannot.  Since he cannot bring himself to say it, neither can we.
Note next that he quotes her as saying stop "right" here, rather than "stop here"; this is heightened language and tells us that there may have been a demand on her part due to an argument or altercation (increase in tension).  Note that "here" is used, instead of "there."  If he was standing at the location he stopped, it would be appropriate.  If he was elsewhere when making this statement, it is unusual, as he first distances himself from the statement with "you drive", but then "here" closes in, as if he is thinking of the place at the time.
Note the order:  she says "stop right here" before telling him that she would walk home.  The more casual, "I'll walk, stop here..." is missing.
He then said, "I said, I figured..." as if he is quoting himself in speaking to her, which would mean he spoke to her and said to her, "I figured she didn't..." which would be improper grammar.  He appears to be confusing what he said with his own thoughts.
Please note what his thoughts appear to be:
She didn't want me to know where she lived;
Someone was there;
She didn't want to be seen together.
Two of these sentences contain insults towards him:  she did not want him to know where she lived, nor be seen with him.  This is very concerning.  The two that are insulting are both in the negative, making them very important.  He knows that someone would not want him to know where she lived; someone would not want to be seen with him.  This is recognition of what he represents.
They should have included more quotes.  Note that the article says he denied involvement but there is no denial within his statement; only a short, unreliable and concerning statement.
He is the Person of Interest in the case and even in this short statement, we see why.
Holbert is a registered sex offender and was convicted as a 16-year-old of indecent liberties with a 5-year-old child,


II.  A journalist was able to ask him two questions:

Here are the questions posed to him, with Statement Analysis in bold type.

Question:  "Did you have anything to do with her disappearance?"

Here are the same two questions with analysis:

Here we have what looks like a good denial, but stops short of saying what he "did not" do.  He did not say that he did not kill her.  This violates principle #3.

A reliable denial uses the pronoun, "I", the past tense verb, and is directly related to the accusation.  (specific to the event/allegation).  Any deviation from this three component formula makes for an unreliable denial.

Since he did not say "I did not kill her", we then would want to ask him,  did 'water' kill her?  Did 'drugs' kill her?  In other words, in his mind, did something else kill her?  This is what is done when there are cagey responses that do not use the simple and easy reliable denial that innocent people give with little thought.

When one is unwilling or unable to bring himself to say "I didn't kill her", we are not permitted to say it for him.

Did he have something to do with what happened to her that led to her eventual death?  The second question seeks an answer:

Question:  "Did you have anything to do with her disappearance?"

Here he gives what appears to be a good denial, but, only if you interpret his words. If you listen carefully and allow his own words to guide you, it is not a good denial as it violates principle #2:

"I have nothing" is in the present tense.  He does not say "I had nothing to do with it."  In this case, he cannot bring himself to say that he did not have anything to do with her disappearance, so we cannot say so, either.  In the present tense, we can believe him:  at the time he spoke these words, he was not involved.  It is only the commitment to the past, via the past tense verb, that can be considered reliable.

Note next the words "That's it."

Please note that "I picked her up and took her home that night" is not what he said previously.  He said that he was bringing her home but she did not want him to know where she lived and told him to let her out where they were, instead of driving her home.

Even if you consider his first answer as a denial, his second answer is not.  Perhaps, in his mind, whatever state he left her in he does not attribute her death to him as killing her, but he does not deny involvement in her disappearance.  We have heard this before when someone gives another person enough drugs to cause the overdose:  it is easy to say "I didn't do it" but "the drugs did it."

He knows more than he is letting on.

His statements thus far continue to show us why he is the Person of Interest.

OT: This blog has supposedly been confirmed to belong to John McAfee. I haven't read through it all yet, but it might prove interesting for study.

OT: It's been about a year since Michelle Parker went missing. Remember, she went missing on the afternoon the suit concerning the return of her ring(?) was aired on court tv.

Her former boyfriend Dale Smith, with whom she had two children, has been the only person of interest so far.

Do you have any updates on your statement analysis of him, Peter?

"As soon as you drive into the entrance to Meadowbrook, she said stop right here," Holbert said. "So I stopped and she said, 'I'll walk home.' I said, 'Are you sure?' She said, 'Yeah.' I said I figured she didn't want me to know where she lived, or somebody was there and she didn't want to be seen together."
__________

[Please note that "so, since, therefore, because, to,"
(and so on) tells us why someone is doing something, making it sensitive, or important.  -PH ]

I noted the "So" as sensitive, or important. Is it, and would this be a "blue"?

OMGoodness, this is amazing.

There is a lot of " I said,She said" in his statement, i was wondering if maybe that was sensitive to him,making a point that there was a two way mutual conversation.

I don't agree. He's relating what he claims he said to her (reported or indirect speech) = I said I figured she etc. Sometimes this is clearer with the 'that' used between the reporting verb and speech being reported.

If he dropped the ''I said'' it wouldn't be incorrect grammar. It would just mean he was relating his thoughts to the interviewer, rather than relating what he claims to have said to the victim.

I love your blog but feel your analysis is hampered by your difficulties with grammar :-(
In this case you have actually added a comma to make your own sense of a construct and changed the meaning!

It matters. Him saying this kind of stuff to her is deeply creepy and her reaction to it may be relevant to what he later did.

Ps who's = who is
whose = belonging to

It's pedantic perhaps but it does matter in a blog about
analyzing language. Surely?

Indirect speech (related what has been said without speech marks)

When direct speech becomes indirect, ie is related in an account without using quotes, the original tense goes back one tense in time.

She said it was raining.

I hope this makes it clearer!

What I notice most is the moment when he goes from quoting her and his direct speech into reported speech. Up until then what he and she say is likely to be accurate. Why does he then stop quoting and start using indirect speech? Because that's where the emotion comes in. With indirect speech we are less accurate because there is more leeway. When journalists use direct quotes they can't insert or delete any words. When they use indirect speech they can use innuendo or change emphasis. It's often used to 'clean up' swear words for example which is why swear words sound amusing in indirect speech. We do it almost automatically to cut down on detail and emotion.

I believe this is the point when he flipped out on her and screamed something along the lines of ''what? you think I'm such a ****ing loser you don't want me to know where you ****ing live?'' etc If you put the indirect speech into direct speech you realize that no-one can say those words without affect (anger, contempt or self-contempt)

The change in language tells you when he started to do and say what he can't own. So guilty.