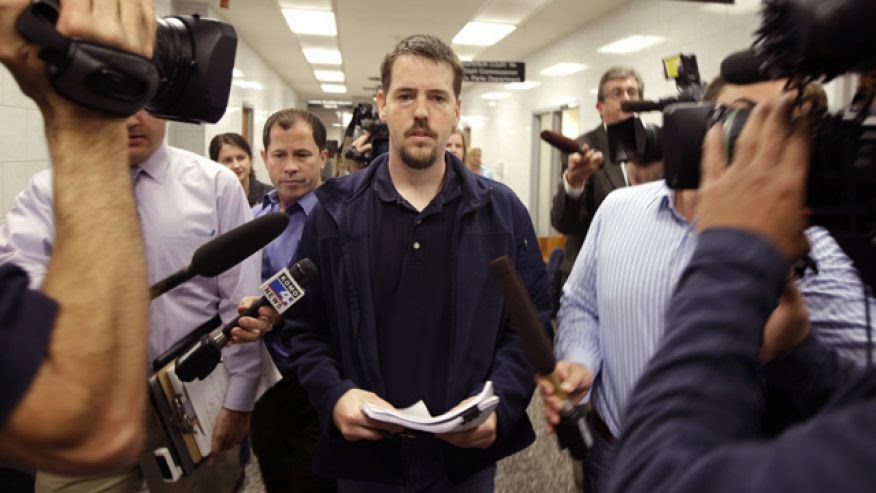 Josh Powell remained incredibly silent in the wake of his wife's Susan's disappearance.  Eventually, he did speak and gave us linguistic indicators of Susan's death on the night of the phony unprepared middle-of-the night camping trip.

His violent murder of his own children, as well as his perverted father, bring no surprise to the headline that he was being investigated for child pornography.

This can only add more frustration to the Cox family who fought for custody and sought to keep their grandchildren safe.

The statements Powell did use suggest that Susan also died a very violent death.  He was envious of her successes in life as his own inadequacy and perversion ate away at him.

In 2010, Josh Powell's brother committed suicide.  The perversion and molestation, from their own father, left a trail of violence, as child sexual molestation is an act of violence against innocence, with few able to understand the generational damage done to the victims and all who come in contact with the victim.


The FBI was investigating Josh Powell for child pornography at least 17 months before he killed himself and his children, according to a published report based on FBI documents.
The Salt Lake Tribune reported that the bureau was investigating Powell for possession of child pornography as well as for the death of his wife, Susan, who disappeared in 2009 and has never been found.
Anne Bremner, an attorney for Susan Powell's parents, said the family was never told the FBI was investigating Josh Powell for child pornography. If the state of Washington's Department of Social and Health Services had known about the suspected child pornography, it "never would have let him have those kids," she said.
Powell, who had visitation rights, died along with his two sons, 7-year-old Charlie and 5-year-old Braden, on February 5, 2012. After a Washington state worker dropped the boys off at Powell's rented home in the town of Graham, Powell locked the worker out and ignited a fatal fire.
Josh Powell had been previously linked to child pornography, the Tribune reported. At hearings in the state of Washington to determine custody of his children, then-Assistant Washington Attorney General John M. Long said Powell was under investigation for child pornography after cartoon images of incest between mothers and children were found on his computer in late 2009 or early 2010.
Long, who has since retired, told the Tribune that neither the FBI nor local law enforcement officials told him about any other images or any ongoing investigation. The documents seen by the Tribune do not specify any images or what they showed or depicted.
The Associated Press contributed to this report.
Peter Hyatt as Statement Analysis Blog at 10:06 AM

Disgusting! I think even the fires of hell are too lenient of a punishment for Josh Powell.

You are right on, Peter.

Josh Powell's childhood experiences left him with rage, fear, and desperation, in adulthood.

Josh chose murder, suicide, and violence over honesty and truthfulness when pressed for accountability by social service agencies and law enforcement.

I don't understand this. Why did so many departments sit on info that would've removed two innocent boys from the hands of their mentally disturbed & perverted father. Especially the FBI. Why? I hope we'll find out the answers one day. The grandparents, at least, deserve answers as to why their grandsons were allowed to be with a pos & every branch of law enforcement knows he shouldn't have been in his presence, even supervised.

Gosh this story just gets sadder and sadder.

This is deplorable. The more information that comes to light about this case, the more baffled I am about any law enforcement's willingness to "protect". There was so much KNOWN about Josh and his dad and yet LE, at all levels and jurisdictions, just coasted and left those two kids in harms way.

The Powell saga is the stuff of nightmares.