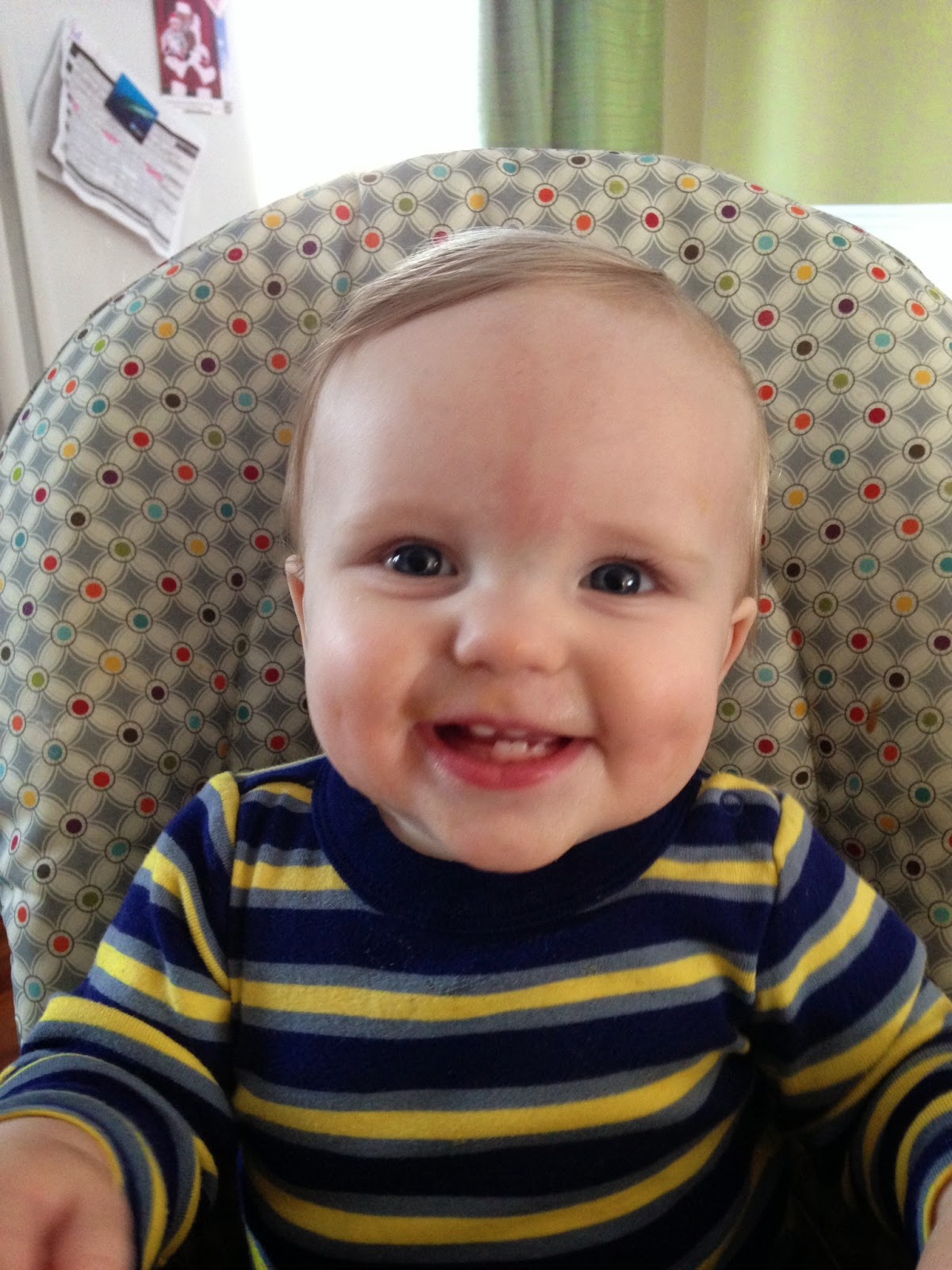 "Even a child is known by his doings, whether it be right or wrong...." said Solomon, more than a few years ago.

Question:  Is it right to publish analysis of a statement made by a child?

I've read people criticize analysis in print of a teen or child who has made a statement. Somehow, in their thinking, it is not right to analyze; that is, to discover whether or not the child is truthful.

This is not the reality, however.  Because:

If there is a quote in print, and you read it, you have an opinion on whether it is true or not.

It is hypocrisy to have an opinion, only to condemn another for expressing the opinion because it is about a statement made by a child.

If there is a quote in print, and a person reads it, the person will formulate an opinion on whether it is believed or not.  In statement analysis, we give the reason for the belief, but everyone has a belief.

Interviewing children is a specialized skill and Statement Analysis is able to discern:

Did the statement come from memory?
If so, did it come from experiential memory?
Or, is the child entering the language of an adult?

I've interviewed more than two thousand children over the years.  Each interview is a lesson within itself.  Sometimes standard "book" guidelines fit, and sometimes they did not.  Body language of children was all over the charts, impacted by everything from the weather to medications.  The language was the best guide, and interviewing parents separately from children helped discern wording.

By the time a child is three,  the first person pronouns are set in strongly as the child will not confuse "I" from "we"

Toddlers will err, at times, "him and her" but will do so consistently.

"Him scare me" speaking of a female teacher.  This child will, at this young age, stay consistent in the masculine.  This is sometimes heard in two year olds.

"My" and "me" are set in stone in the first few years of life.   This is why the possessive pronoun is so incredibly accurate in analysis. "My" and "mine" come because we are possessive creatures by nature.

"My guilt"   OJ Simpson, Patsy Ramsey, even while both attempting to deflect guilt.  The instinctive pronoun "my" has been used since the earliest days of speech.

Interviewing children is a specific skill.

Children can be coached and guided into almost anything, which is why great care must be placed upon the interview's flow, getting the child to choose his or her own language, and define his own words.

But when a child speaks, you will have an opinion on whether or not the child is truthful.  Having an opinion, or a judgement, is inescapable.

Having an informed decision is a choice.
Peter Hyatt as Statement Analysis Blog at 7:42 AM

Family of Tammy and Sidney Moorer speak about struggles since couple’s arrest in connection with Heather Elvis’ disappearance.


“It’s running her crazy,” she said. “You can tell by reading her letters. She loves her kids and she’s happy about this baby coming.

“There’s no way that my child done this and I’m sick and tired of every time I see the news or read the paper it says my kids are charged with murder,” she said. “There’s no way the child could do anything like that."

This is a quote from the boyfriend:

"She was planning to leave Nashville and head to Sparta and Crossville within the hour. That was the last contact I had with this wonderful, beautiful lady"

Proverbs 20:11- KJV
Even a child is known by his doings, whether his work [be] pure, and whether [it be] right.

^^^^^^^^^^^^^
Parents and guardians should observe their children, that they may discover their disposition and genius and both manage and dispose of them accordingly, drive the nail that will go and draw out that which goes amiss. All our powers and faculties are from God, and are to be employed for him.

was planning to leave
planned or did leave
and isn't leave = left?

That was the last contact
"That" is distancing from truth.

In my opinion, there's no problem analyzing the statements, or forming an opinion about them. After all, that's why the kids spoke out...to garner sympathy for their plight, and influence opinions about the situation.

These kids SHOULD be as far removed from all of this as possible. The selfish adults who used them as props for the media to advance their agenda, should be ashamed.

Such irony! The entire family has a meeting, (with press attending) to bellyache about how unfairly they have been treated, and how they have been victimized by public opinion. Then they use this meeting to subject the most vulnerable members of the family to the same 'horrible' treatment they are SO upset about.

Maybe they should try stepping out of the spotlight, if they want some of the craziness to subside. They can start by NOT holding press conferences to talk about THEIR problems, while the Elvis family suffers REAL loss and frustration!

*of course, I'm speaking of the Moorer kids. I just realized I didn't identify them in my post above, lol

I don’t think people are bothered by objective analysis, it’s when you start throwing around judgemental statements like “The apple doesn’t fall far from the tree,” that people are right to criticise. All kids lie at times regardless of their parenting, so to assassinate the character of a child based on one untruthful statement and the wrongdoings of his parents is unnecessary and unfair. Analyse the statement, not the person.

God calls us to protect the defenseless, including children.

Throughout the Bible one will find plenty references that we should be concerned about the welfare of the poor, weak, and helpless. Many Scriptures make this very clear.

James wrote in the New Testament about religion that is pure and faultless (James 1:27). We should be concerned about those who are unable to care for themselves.

I just watched about the last 40 min of a special on Charli Scott called: 'Missing in Maui- A Disappeared Special'.

It was really good, and appeared to have been filmed following searchers and Charli's family in the early days of her disappearance. For anyone interested in the case, I recommend checking it out.

insinuating that Tammy's son is in some way culpable in murder by saying the apple doesn't fall far from the tree is not analysis, it is your slandering a child. shame on you.

Who consented to the children being interviewed/interogated by the police?
I urge every parent reading this to educate their child that he/she does not HAVE to talk to the police. Better yet, tell them to NEVER speak to police unless mom/dad is with them in the same room or the kid has a lawyer present during the questioning. This is especially urgent when the kid attends a school with a cop on campus(schools call them resource officers). So much school misbehavior is converted into criminal behavior by zero tolerance zealots. They can unobtrusively say "I'm going to wait for my mom to get here first before we talk"

B.J. lies to Brad and me on a regular basis. He is constantly being coached, by his mom, not to share information with us, or to flat-out-lie. He is 5, but the coaching started at 3 years of age, when he started speaking.

He will say things that are vague..i.e., "Did you have a good week?"...and he will reply, "I didn't go to so-and-so's"... He also looks around and frowns when he doesn't want to tell the truth.

We saw video of him riding on the busy street on his bicycle without a helmet. We asked if we needed to buy him a helmet for when he rides. He would not answer and looked around. Then he said, "No, I have a helmet." (Which is true) Then Brad asked him if he wears it when he rides his bike...and death silence...then he said, "Yes I usually do." HE IS 5!

We asked his mom his doctor's name and she said, "He mainly sees Dr. So-and-so" ..so Brad asked her, who else does he see? and she said, "no one, that is his doctor, why would you think he sees anyone else?" Brad said because "YOU said he mainly..which means he sees someone else too?" She said no, only that doctor.

Kids mimic the main adults in their life's. It is okay that we analyze kids statements. It can show how close to the tree the apple truly falls.

The baby in the picture at the top of the page is deceptive. I can see it in his hate filled eyes and satanic head.

Stella35
There are so many better ways the handle the 5year old's safety. You should have taken him shopping and bought him a really cool helmet that he loves! Then he wear it cause he wanted to, not cause he's told to (or told not to). Go on the internet with the boy and show him the pictures of kids who didn't wear helmets= that would maybe influence him to wear it too.
And stop questioning the boy so much! After the boy lies I bet you feel angry. Even if you r not angry at the boy, he can sense your anger and will assume its because of him. This messes a kid up bad! So stop it! There are better ways to get info that don't hurt the innocent kid. This poor kid is stuck between a rock and a hard place. He will have guilt for lying to mom/dad or guilt for telling on mom/dad. Its no win for the boy. But you can change that. I hope you do. I don't think you'd comment like that if you didn't love the kid like crazy and want what's best for him. But it can be hard to recognise when you inadvertently hurt the one you're trying to protect. I can see it, though. You all are both causing harm, just in different ways.