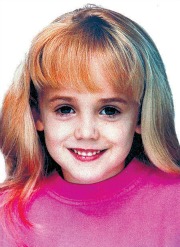 The Jonbenet Ransom note has phrases that have shown up within the language of John and Patsy Ramsey.

Statement Analysis has indicated both for deception. 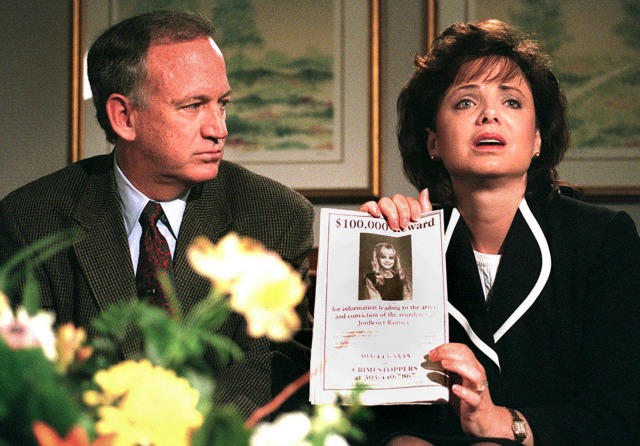 It is my belief that Jonbenet's death was unintended and related to child abuse, with some linguistic indication that the abuse was sexual. That they were deceptive about what happened has been clearly covered in previous analysis.  This is just a tid bit submitted by a commentator.

Thanks to an astute reader who picked this up:

At the mark of 3 minutes, 28 seconds, John stated the following:

"To think that they would, uh, withhold her body for proper burial was . . . was barbaric."

In Statement Analysis, we like to say "the shortest sentence is best" because short sentences can get to the point.  Recall the example:

"I locked my keys in the car."

This is, on its own, very likely to be truthful.  But let's say that the subject is not certain that she locked the keys in the car.

"I think I locked my keys in the car" gives us the addition word "think", which is appropriate if she is not certain.

In John Ramsey's statement, it is not:

"To think that they would, uh, withhold her body for burial was, was barbaric" but called the burial "proper burial."  To him, there is a difference between her burial and her having a proper burial.

We also note that he did not say they would withhold my "daughter' or "my daughter's remains" or even the parental-close language of "my little girl" or "Jonbenet" but
"her body" is all he used.  This is distancing language.  I would have expected him to say "Jonbenet", "my daughter Jonbenet" or something less distancing.

Like other phrases ("And hence..." which was in the ransom note and in a Christmas card written by Patsy), we find the linguistic 'footprints' of the Ramseys.

"You will also be denied her remains for proper burial."
Peter Hyatt as Statement Analysis Blog at 12:34 PM

meh, religion is strange that way sometimes. if something is dead you bury it. if you are religious you give them a proper burial. if you aren't religious but you highly respected the person or wanted to show you held that person dear,you would mimic religious burial ceremony and go all out with a "proper" burial.
even non-religious people will have church weddings.

Religion is strange, this I do agree with. I wouldn't have personally connected "proper burial" with religion though. I have the Sedlec Ossuary pictured in my head when considering the connection. It's a church that has the bones of 40,000 - 70,000 people within it, the remains are used to make decorations and furnishings in the church itself.

Google it if you're interested to see. In this day and age, someone doing that would be charged with desecrating corpses, at the very least. Clearly not "proper burial" by any modern definition. In those days, I suppose that the bones being in a church was enough.

Gerry McCann: We thought that was the best thing erm, and it seemed to work absolutely fine and we didn’t have any problems right until the Thursday morning when Madeleine said “why didn’t you come when we cried last night?” We thought that’s odd

Interviewer: You now think somebody had either tried to get into the room or was in the room and woke them up the night before


Kate McCann: Er it seems too much of a coincidence that she made that comment and then that happened that night.

Interviewer: Looking back now, you think that could have been your one chance...to save her

Kate McCann: Well as soon as ermm I’d discovered that Madeleine had been taken it..it just hit me straight away what she said that morning and I just thought, my God, someone tried the night before.

Alone, the father of Madeleine McCann began the saddest journey of his life Daily Mail (no longer available online)

Seventeen days after his four-year-old daughter disappeared, Gerry McCann flew back to an empty house that is still fresh with her memory.

Her room is as she left it when the family set off on their holiday to Portugal last month. Her toys are still there on the bed, her clothes in the wardrobe.

But with remarkable fortitude, the 38-year-old consultant embarked on a heart-rending mission in his ceaseless campaign to find his little girl.

He will trawl through four years of family albums and videos to select new pictures of her for his 'Find Madeleine' website. Then he will prepare to return to the Algarve to continue the search.

The visit was the first time Mr McCann has been apart from his wife Kate and their two-year-old twins since Madeleine vanished from their holiday apartment in Praia da Luz on May 3.

He volunteered to make the journey alone to spare Mrs McCann the ordeal.

She described how, after taking the final photograph of Madeleine before she was snatched, she can no longer bear to use her camera.
"She looked lovely," said Mrs McCann, recalling the moment Madeleine was pictured with her father beside a swimming pool.
"She was wearing a new outfit, a pink smock. That picture sums up her week. Every minute of every day she was enjoying herself. She went to bed exhausted. I haven't been able to use the camera since I took that last photograph of her."

Anonymous,
these two biological parents are bizarro, everything we see published purported from them reads like a horrible fatal romance novel.

It's not about religion, its about the language they used.

The Ramsey's used the same phrase in the 'ranson' note:

"You will also be denied her remains for proper burial".

"withhold her body for burial" vs "denied her remains for proper burial." He uses the same strange grammatical construction that the writer of the "ransom note" used. He doesn't quote it directly, which would be understandable, since he has seen it so many times. Rather, he makes the same type of error.