Revisiting Analysis: After the Conclusion Part One 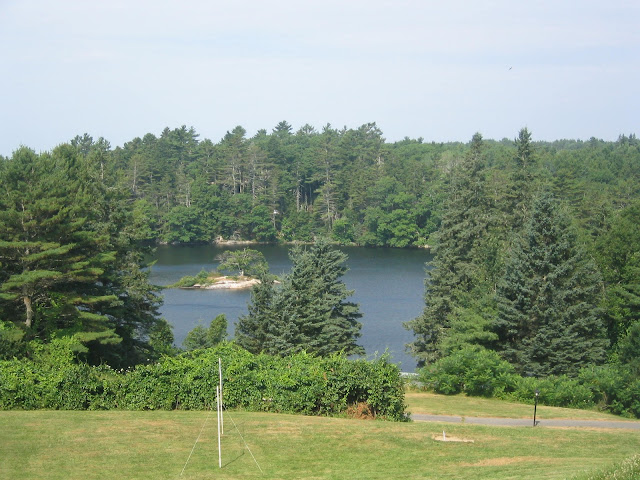 Statement Analysts  revisit their own work and review the work of one another.

If enough time has passed, the revisitation is said to be done "dispassionately" by the analyst.

LSI teaches that up to 40% more material may be gained.

In other words, he began thinking "this person is innocent and telling the truth" but as he was confronted with the lies, he could not help but think, "This person killed...this person stole...this person raped..." and so on.

Once this settles into the mindset of the analyst, he must struggle to see the "unexpected" as the norm becomes deception.  This is why it is so important to withhold a conclusion until the end.

Accusation / Question for Analyst:  Did the subject kill the child?

Expectation:  The analyst waits to see "I didn't kill the child" in the statement, expecting to see it.

By the time an analyst has reached the halfway point of the statement he knows the subject cannot bring himself to make a reliable denial.  How can he proceed, fairly, in the last part of the statement?  It is difficult, and having another analyst check his work is of great value, but also, if possible, putting the statement away to work on others, attempting to forget about the statement, child, and everything else.

Without the same emotional and intellectual (I list "emotional" here, first, because not only is the topic lying but child murder will impact the analyst emotionally, perhaps even more than intellectually) impact, the analyst's eyes are clearer and he may make it further in the statement because he can see 'this has been covered' and 'that has been covered' but land upon words he previously did not cover (it is exhausting covering every single word in a statement) as he was on the "big picture" of deception versus truth.

As he progresses, with less emotional and intellectual impact, he is free to look at the words "in between" the words analyzed which increases the yield of information plus another element enters into the equation.

This element is something that we will examine in specific detail next...and...

we will apply it to well known cases.


Grace: So let`s go to the mom, Billie Dunn. What`s your response to Benay in New York that you were so jealous of your boyfriend`s attention to Hailey that you murdered her?

BILLIE DUNN: Wow. I`m definitely not jealous of her. I`m so proud of her for how smart she is, how pretty she is, how funny she is. She didn`t get any special attention from Shawn.
http://seamusoriley.blogspot.com/2011/12/hailey-dunn-case-and-nancy-grace-show_5614.html

She didn't answer the question.

Peter thanks for putting that article up,now you have reminded us I can see how we can be one blinded when analysing a provocative statement and possible becoming biased when we first conclude guilt.

Can we apply this to Ayla's case? I would love to see statements from her case revisited.

Ot: Peter, I was reading this article, and while not directly related to SA, I wonder if this approach could (or will) be applied to Ayla's case. They are prosecuting both adults with basically a failure to protect charge, rather than have to prove which one did it. Could this be used against the Dips??

Ot: Peter, I was reading this article, and while not directly related to SA, I wonder if this approach could (or will) be applied to Ayla's case. They are prosecuting both adults with basically a failure to protect charge, rather than have to prove which one did it. Could this be used against the Dips??

I totally agree Peter.
I have just done an analysis (check your mail)
i found it tiring and had to make myself read each word in each sentence as the temptation is to skip words.
It helps taking a break from from a statement, a coffee or in my case milk helps me look at it with fresher eyes.
I also fnd on going back not only more information but also how can phrase things diferently, better..

I don't know about you since you have years more experience and practice, i find i can see the deception (or the truth) i find it can be hard at times to explain what i am seeing to someone who is not familar with the case or familiar with SA so they can see and understand what i am seeing.
With me it is not just the spoken or written words i see, i also see/feel the way the subject is thinking, i see the why's behind the words, the reasonings, the emotions.
It's hard to explain, i am stepping not only into their internal dictionary, i am also stepping into their psyche if you see what i mean.
Some are easy because they are open, others not so much so, i have to wait a bit and see where i am pulled to.
With others i have to 'study' them, see what is normal for them when not being asked about the topic of interest, when talking about things in general.
I learn their pattern, their rhythm.
I know i am not explaining it well.
Vita knows what i mean when i say someone smells nice and someone else smells horrible.

Learning SA is an ongoing experience, we never stop learning, language changes, behavior changes, people change both the subject as well as ourselves.
It cannot be unlearned nor would i want i to be.
It has helped me understand why some things 'felt off', why their rhythm was jerky, why what they said didn't make sense linguistically or logically.
Speech is a path, follow the path and all is well, leave the path and my ears will prick.
was their a junction in the path or did they step off the beaten path so to speak.
Look for the expected and when something that is unexpected showsup have a darn good rummage to see why it occured.

I hope this makes at least a bit of sense.

Has there been any news regarding Carnel Chamberlain case? I can't seem to find anything.

America's original most-hated mom Susan Smith was found in a pool of blood in her prison cell after she slashed her wrists during one of her bizarre cutting rituals, according to reports.

The 40-year-old monster mom came to national attention in 1994 when she strapped her sons - Michael, three, and Alex, one - into their car seats before rolling the vehicle into a lake so she could be with her wealthy lover.

She is serving a life sentence in Leath Correctional institute in North Carolina after she eventually confessed to the murder of her children.


Former fellow prisoner Stephanie Hulsey spoke to the National Enquirer about Smith's suicidal behavior and revealed she has a butch lesbian lover.
She said: 'Susan says she cuts herself because it releases all her pain. She has terrible raised scars on her wrists, maybe 15 of them, some three-inches long.'
Smith first told police she had been car-jacked by a black man who had driven off in her car with her children inside.
A nine-day nation-wide appeal followed. Susan and her estranged husband David appeared in front of TV cameras pleading for the safe return of their children.
Police were already suspicious of her story, especially after results of a polygraph test were inconclusive and her statements changed each time she was interviewed.


She eventually confessed, saying she killed them because they stood in the way of her being with local businessman Tom Findlay who had just broken up with her.

The Dear John letter was also found in the car.
Miss Hulsey, 32, explained to the Enquirer about the moment she found Smith in a pool of blood in her cell.

She said: 'She had been caught with some prescription pills and was locked in a room waiting to be sent to solitary.
'A friend and I knew she was a cutter and we were worried she might harms herself so we decided to check on her.
'The room was locked but we could see her inside - sitting on the floor and slashing deeply at her wrists with a razor she snuck in with her.
'There was blood spurting everywhere and though she was weeping, she wasn't crying out in pain. She used to say, "You don't feel pain when you cut. Cutting takes all the pain away".'
Susan was then rushed to hospital before being placed in solitary confinement for 60 days.
Miss Hulsy also revealed that, not only does Susan have a lesbian lover on the inside - who is 'a big woman like a man serving life for armed bank robbery' - she also has a male suitor on the outside who she plans to marry if she gets paroled.
'I've seen him visiting her. Over the years he's sent her thousands of dollars and paid for her hospital bills.'
The wealthy suitor - though not been named - is not Tom Findlay, the man she killed her kids over.

Darn. It's a shame they didn't leave her and saved us the expense of keeping her/

It is exactly what we are going to do:

go back over the statements of those cases with the presupposition of guilt.

I was ashamed to admit that I felt the same way.

OT. What a beautiful area in the picture you used in the post.

Reply to Jazzie, Re, Carnel, nothing, have found not one presser, no updates, nothing. I check everyday. Oct 26th, the cut off for Motions to be submitted, the *Trial set for November 13th, Bennett.*Federal Court.

NO News on Carnel either, where is Carnel? no one has said anything of his remains. Was he returned to the family? did they give him a funeral? or the publicly held memorial, his mother not to attend was his funeral? Sigh. No autopsy results have ever been in the press. To conclude his cause of death. I don't understand the yield on the updates. No one has been charged, would not be a seal on the autopsy results, if you have no charges against anyone. Must be the red tape, of this being a Federal case. Jazzie I guess we wait, that is not the answer anyone want's to hear. If I find anything I will post it here, on Statement Analysis.

Thank you for responding. I am still heart stricken over Carnel. I search and search for news for Carnel. I search for info on Anthony Bennett. There has been nothing. Who has Carnel's burned little body? Who will give him a proper burial? Who will talk and pray to the Eternal Spirit and guide him on his journey? Why the silence? I tremble to think he might go forgotten. I am still horrified that someone Beat him Black & Blue, Burned and Buried Carnel like some dead possum under the porch. I can't stand that even after his gruesome, torturous death, Carnel still suffers indignation with all the silence and lack of justice.