False rape allegations are vicious and can put a man in prison for a long time.  In dealing with several cases, I found that Statement Analysis showed that the words did not come from memory, and each case was then solved by confronting the accuser, often with a supportive person present, and gaining an admission that no rape took place.

All of the false accusations I have investigated including language that lacked sensory detail.  Some had confused articles, and present tense verbs.

Each one in which Statement Analysis proved to be false concluded with an admission, yet none were prosecuted as false reports.

The motive is often revenge, though some have child custody issues, and at times, shame or embarrassment over consensual sex, including false reports made after a break up.

Our words give us away, including childhood sexual assault.

One case I handled in which a teenaged girl had been coached by her mother into making a false claim against a neighbor of whom the mother had owed $1500, and did not want to pay it back.  The child entered her mother's language (both mother and child were interviewed separately), and the alleged perpetrator, who's life could have been ruined, gave a reliable denial.

Statement Analysis shines the truth in the area of "he said; she said" sexual assault cases.  In some cases, the liar actually goes through with the rape test and the usual response is "inconclusive" on it.

This is something that frightens some victims away from making a report.

Victims of false reporting can have their lives ruined, their freedom taken from them, and consequences far beyond the 16 months this woman received as punishment.

Some liars are willing to see the male go to prison whereas some, when they learn how long the prison term could be, feel remorse.  In a number of cases, the liar's fury did not die down for weeks.  In one case, a woman's advocate refused to believe the woman was lying, even after the woman admitted that she did it out of spite and revenge.

The truth is always the safest place to reside.


Compulsive liar is jailed for making her ELEVENTH false rape claim, against an innocent man 'who she decided she didn't like any more' 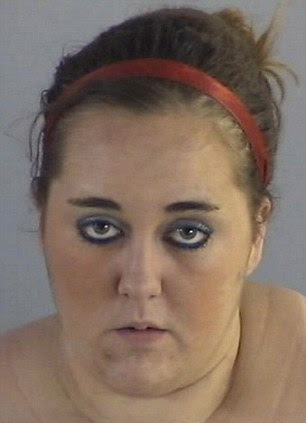 Jailed: Elizabeth Jones, 22, faces 16 months in prison after making 11 false rape claims since 2004
A compulsive liar has been jailed for 16 months after falsely claiming she had been raped 11 times in nine years.
Elizabeth Jones, 22, made her first fabricated allegation to police in 2004 when she was aged just 13, Southampton Crown Court was told.
Police said that the young woman had accused at least one individual just because she did not like them anymore, putting innocent men through a 'terrible emotional experience'.
Jones' latest victim was arrested and quizzed for nine hours before being released without charge because CCTV footage disproved her claims she was forcibly taken to a property and raped.
They had an argument and she was angry with him, so decided to make her eleventh fabricated allegation of rape, police said.
It also emerged today that in 2009 she was given a ten month detention and training order for making up a sex attack.
Between 2005 and 2007 she had made eight other allegations, which police investigated, but she did not face court proceedings.
Police launched an investigation after Jones, from Southampton, Hampshire, instigated a friend to report she had been sexually assaulted.
She later went to the police station for a medical examination and repeated her allegation.
Prosecutor Jennie Rickman told Southampton Crown Court a man was arrested but he denied the rape allegation.
Detectives later viewed CCTV covering part of the house in which Jones claimed to have been attacked. The video did not support her story as it showed she was not forcibly taken there. 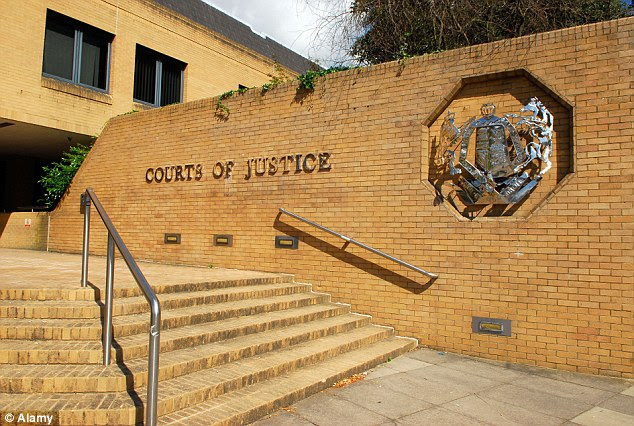 Fabricated: Southampton Crown Court heard that her latest victim was accused because she did not like him
Ms Rickman said: 'There is a history of her making false allegations of this nature and this is the 11th incident.
'Police had to take her allegation seriously and carried out an appropriate investigation.
'She was later arrested and accepted she had lied about being raped - she said she did it because she did not like him.'
Jones admitted to attempting to pervert the course of justice and was sentenced for 16 months.

Judge Derwin Hope said the offence was not only serious because of 'the terrible emotional experience' the man she accused had to endure, but also because it struck at the heart of the criminal justice system.
In mitigation, Megan Topliss revealed Jones' disturbed childhood and the impact of being in care.

Jones immediately accepted she had lied when approached by the police and pleaded guilty at the earliest opportunity.

DC Tim Blanche, from Southampton's Public Protection Department, was leading the investigation and revealed Miss Jones had 'intimate contact' with the last victim, 'but they didn't live together'.

'The man was arrested and he gave a statement - he had to live his life with people accusing him of being a rapist,' he said.

'He became incredibly stressed and when he heard she got 16 months, he was disappointed and felt that the time wasn't long enough, after what she put him through.'

DC Blanche felt that this was the 'final straw' for the 22-year-old woman, adding: 'After the previous ten false allegations, Judge Hope felt that it was the final straw and had no choice but to sentence her to 16 months in prison.

'The evidence in the case was so conclusive as the CCTV images were so clear.

'I imagine that with the previous allegations the evidence hasn't been there.
'We encourage all victims to come forward, but sadly Elizabeth was one of the people that was not telling the truth.'

She deserves a much longer jail sentence than what she got. To give an excuse like "I didnt like him" is so callous and reveals her complete disregard of the law. Her stupid fat head shows an expression like 'Who me? What did I do? Huh? Dur.' Throw away the key!!

She should get the same sentence that the man would have gotten if convicted.
She has cried wolf 10 too many times. I can't believe that police would even take a statement from her.

All I can think Peter, is how fortunate for the man in the case you worked (with the neighbor who owed $) that you were the one who worked it.

It is important to remember that allegations are not necessarily true. I am thankful that SA provides a reliable way of separating fact from fiction (well, at least when the experts do it!)

If she has done this from the time she was young and impressionable, she probably realized at 13 that it got her attention and she may have liked it. I imagine if she was being raised in a home where her mother felt this was an appropriate course of action, she was not being looked after and cared for like a little child should be. She was being used and exploited by her mother, taught to lie and slander, and to not care about ruining someone's life all for the love of money.

She learned these lessons and it is no surprise to see her continuing in that way as an adult….

Hrrm, I see I have melded the two stories into one! haha. Nevermind.