We are hearing very concerning information regarding Nichole Cable's plight, as well as some possible information about the male she met with.

As the meeting appeared to be 'scheduled' via Face Book, it may be that the mother and daughter argued about this meeting (driveway?).  The male took down his Face Book page, and Nichole's cell phone was reportedly shut off.

If a subject is in custody, we do not have confirmation at this time.

Authorities in Maine are searching for a 15-year-old feared to have runaway with a man she met off Facebook according to her mother.
Nichole Cable from Glenburn was last seen by her parents at about 9 p.m. on Sunday, the Penobscot County Sheriff's Department reports.
Deputies will not say if her disappearance is suspicious or if she is in danger, but they want to hear from anyone who has information about her whereabouts. 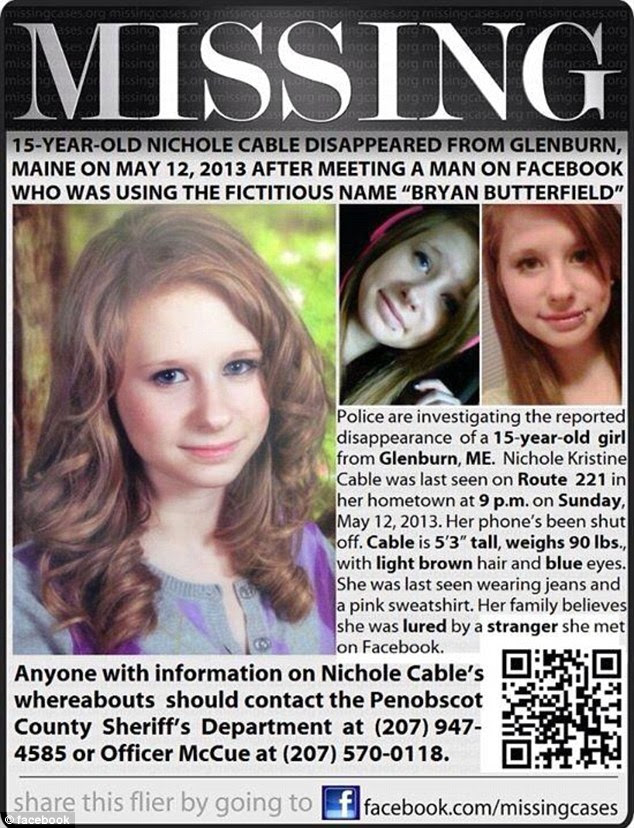 Missing: Authorities say Nichole Kristine Cable, 15, has been missing since Sunday night with her mother suspecting she met a man on Facebook using a fake name of Bryan Butterfield
'We have not heard any word from her through social media or friends,' her father Jason Willey told the Bangor Daily News on Tuesday. 'Her phone’s been shut off. We just don’t know what else to do.'
Cable has light brown hair and blue eyes and weighs 90 pounds. She is a student at Old Town High School.

Her mother, Kristine Willey, told WABI-TV that she was scheduled to meet someone she had met on Facebook.
On a Facebook page labeled Bring Nichole Cable Home, a woman claiming to be Nichole's mother says her daughter had been in contact with a man using a fake name of Bryan Butterfield before her disappearance.
She says that man's profile has since been taken down. 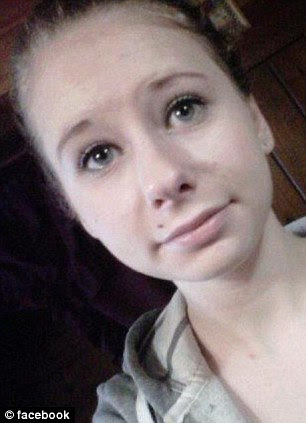 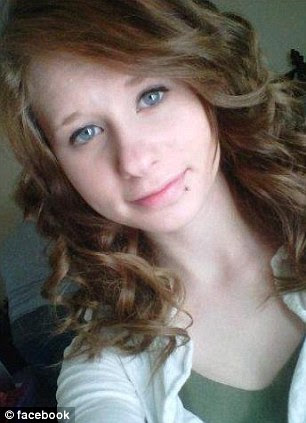 Terrified: Nichole's father says that his daughter's cell phone has since been turned off and they feel utterly hopeless on what more to do 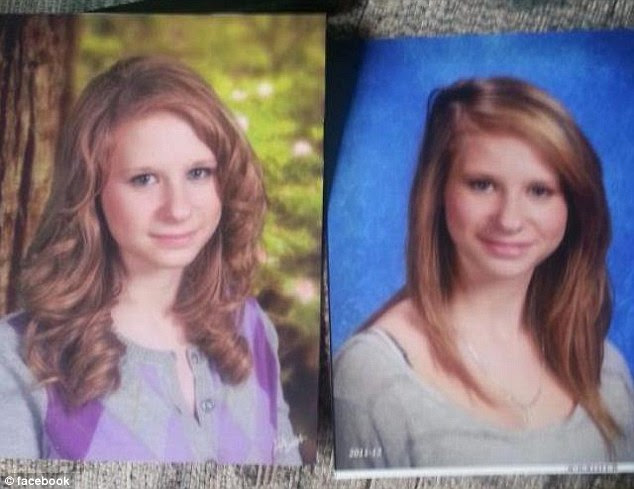 Heartbroken: Nichole's mother has released a heart-breaking plea that whomever is with her that they return her home safely or in a public place where she can call for help
In a heart-breaking public plea to whomever may be with her daughter, the teen's claimed mother begged that she simply be returned safely.
'Please if you have my CoCo, drop her off at a gas station or a park so she can call for help or for me to come get her,' she writes.
'I dont care who you are, I just want her home. She's just a little girl of 15 with her whole life ahead of her. Please bring her home!'
The page has collected more than 3,700 members since its creation with worried members feverishly posting notes of support and concern.
One member claims that the man accused of being in contact with Nichole had unsuccessfully tried to contact other young girls in the past as well.

Another reason parents should know the passwords of any online account, and get on them to "snoop" now and again..... I am not judging or condemning the mom. I am warning other parents how important it is to be involved with any online activity!

The mom shows she is not lying, imo. She uses all pronouns correct, she speaks in the proper tense, and she says her daughter's name..plus we should think anyone who talks is innocent then we learn??

I found a boy's myspace account that he has photos of Nichole, her photo, as his girlfriend. This photo of her she appears as her one *missing* photo dated 2011-2012 (her hair matches)

His pics are outdated, he is younger, not a teenager.

The 2nd photo appears as a webcam still. Both photos have the colored dots on the walls.

Wondering if this is her bedroom?
She taking webcam stills and uploading them to her social sites (?) then, as she was younger.

Link to presser, with 14 photos of Nichole, taken from her FB, her social sites:

The 14 photos above may have been chosen, as she is the only one in the photo. Living through the social sites experience as a mom, my daughter then 15, it was not fun. Sella, yes I agree, that passwords should be known by the parents, kids under 18. The computer should not be in your children's bedroom either.

For example, if you and your son/daughter have an argument, or discussion that ends poorly, they to retreat to their room. They will want to talk about this, the computer in their room, becomes their leverage. I will go to my room! they to know they have a billion possibilities within the internet to reach out to "someone" who cares. To seek out someone who will understand them.

The few photos of Nichole to be on the provocative side, is telling. She to post these, is her way of marketing herself for someone to react.

Teen years: 13,14,15,16,
If you find your own and or (your kids friends sites)to have countless photos of themselves (isolated) no one else in their photos, this should be a red flag.

Not school photos, but countless photos they have taken of themselves in their own privacy, to upload them endlessly. Photos to entice. They do not understand, they are too young to comprehend the consequences. As they find their interaction with the Internet to be their own private bubble. When perps troll social sites, this is who they look for, the isolated young female.

If your daughter/her friends have a ton of photos of her with her friends, she within whatever hobby, sport, photos with interactions friends, family, school: Too high of a risk, Perps know not to pick her.

This is very sad. I found that there is a Facebook set up for Nichole, you must be registered to view it. Usually this is not the case, this chosen by law enforcement, possibly yes. You have to log in to your Facebook to be able to view the family created Nichole's Missing site.

I agree Vita. This is very sad. I hope they find her soon.

Have you guys seen this?? Hey Billie, Justin, Deb, et al, THIS is a Mom doing all she can do to protect her baby!!

Too bad that Billie Dunn couldn't call out to Hailey and say the things in the media that Nicole's mother did.

All BD did was get high, have a party, tell lies, fail a poly, and protect Shawn. What a stinker.

Billie, take a look at Nicole's mother. You should have done the same.

Age 15, 9pm on a Sunday out in a driveway? Is school out? Doesn't sound good..:-(
All it takes is a split second and a stupid decision..Damn, hope the young girl is able to be saved from the evil crap out there..

Sure, there is a mixture of art in everything that people do and say, but what exactly do I mean.
This side slider enables quick typing of the text, probably to mail or type some important information for future use.
Whether you are a fan of NC Hammer or any other hip hop,
you could hear it as many times as you can in a hip hop radio.

clients, Rachel, who got back together with her ex.
It combines RPG elements and strategy for a very interesting game
where you must stop the rows of pirates ship from making their way down the
river. Harry Potter Hogwarts is one more entry into this new series of LEGO board games.