Family Member Speaks Out About Tammy and Sidney Moorer 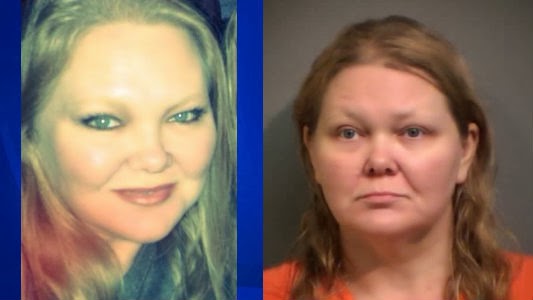 No surprises here, as a relative of the Moorers have spoken out.

We are known by our words, and our words reveal us.  So it is that commentators here had an interesting read on Tammy and Sidney, even from the few statements.

Comments here left by readers are consistent with what the relative has had to say...

*Tammy the dominant of the two...this may end up being seen as being the one who pushed Sidney to lure Heather from the safety of her apartment, to the wrath of Tammy

*Gamers, who have won suits and judgements against others, to fund their Disney trips.  Gamers are those who are constantly seeking to game the system, falling, tripping, claiming discrimination, and so on, (remember George Anthony), who, bottom line, will do anything possible to avoid a job, and obtain money their hands have not earned.  It is legalized larceny.

*That Tammy will not break, but Sidney, away from Tammy, might be the one who gives up the remains of Heather Elvis.

*Tammy's father is a brute, with the apples not falling far from the trees.
Peter Hyatt as Statement Analysis Blog at 8:11 PM

I live in Nashville, I'm the Anon that posted the previous article. I thought ya'll would find this one interesting as well.

NewsChannel 5 Investigates has uncovered what could be explosive new evidence.

That evidence comes from accused killer Zachary Adams' own Facebook page -- and the timing could be especially critical.

Through a source, we were able to obtain access to Zach Adams' Facebook page -- and there we discovered a post apparently made within minutes of Holly's disappearance.

Bobo disappeared from her Decatur County home on April 13, 2011. Her brother told investigators he last saw his sister being pulled into the woods by a man dressed in camouflage.

His words: "You never was you stupid whore."

Was it a reference to the 20-year-old nursing student?

Adams' friends on Facebook asked whom he was talking about, but he never responded.

His on-and-off girlfriend at the time replied, "I'm sure it's me."

Still, one of the leads that investigators have followed in the Bobo case was that the killer might be someone who had sought Holly's attention and had been rejected.

In addition, while the community spent almost three years searching for Holly, Adams posted this picture back in December, showing himself dressed in camouflage.

His caption: "Who am I looking for?"

Now, with investigators saying Zachary Adams is Holly's killer, he could end up being confronted in court with his own disturbing words.

It's likely that investigators will be looking at Adams' Facebook page, if they haven't already. They'll also want to make sure that the date and time showing up on Facebook are correct, and they'll want to find out where Adams was when he made that post.

As to why Adams would post something like that on Facebook if he really is the killer, neighbors told NewsChannel 5 that Adams had a serious drug problem -- mainly, involving meth.

So it's likely whatever he was thinking, he wasn't thinking clearly.

Dominating her hubby, thieving, promiscuous for rock stars, gaming to fund Disney, brutish Dad...sounds like a real upstanding lady. NOT! Good thing they separated Sidney from her, now I bet, out from under her control, he will roll on her and talk. I give it a week!

No disrespect meant, but with the promiscuity and rock bands, who was that guy she was pictured with in her fb pics, that guy from Motley Crue (was it Vince Neil?), although God is my shepherd, I can kinda understand being promiscuous with the Motley Crue guy cause damn. Is that bad?

The article is a really interesting read. Seems the family has turned on this member for not blindly supporting Tammy and caused a divide between them.

Video of family member speaking
Tammy, Sidney Moorer. He is scared, face hidden, voice altered. He is not in support of the dynamic Disney duo. The family doesn't like this.

"I don't think Tammy will ever say what really happened, I think it's gonna be up to Sidney, to man up on this one and come clean," the relative added.

The "man up" reference reminds me of what BJD said about the "person" she thinks is responsible for Hailey's death needs to do.

Tammy calls her husband "stupid". So after she/they managed to confine Heather against her will, did she send her "stupid" husband home and take care of Heather?

Is that why LE was searching the boat ramp? That's all "stupid" Sidney knew about?

What does a daddy's girl do when there is trouble? Who does she call/run to?

I think they have the wrong man behind bars.

Jennifer Garrett also filed an assault report against William Caison on January 19. She said she was helping search for Heather Elvis near William Caison's property in January when he rushed toward her. "He raised a stick and was very close to me and said 'I'm going to. I don't care if you're a woman. I'm going to bash your "blanking" head in.'"

I am still wondering if Heather was pregnant and that's why Tammy made Sidney lure her out that night. He wouldn't want to pay child support and Tammy would be seriously enraged about the whole thing. That's just my thoughts.

WMBF Is reporting DNA related to the case found in the Moorers truck. Attatched to an article on the Angie P murder

I googled for an update on the Moorer case and came across this site that alleges Tammy Moorer sexted a teenage boy:

Here is a site called "Case to Case" that links all the warrants against TM and SM:

The warrants for indecent exposure don't site anyone per se. The do site "on property of others" which could include cell phone.

Also "All Voices" reports that "there are claims" from Heather's "loved ones" (vague) she received a picture of TM's vagina before her death.

Tammy was a photographer as well as travel agent.She was also hurt as a child by a lawn mower which left her somewhat disabled because of pain and suffering from a partially missing foot. If she suffered from a mower accident, she is fully entitled to compensation for her pain.That's not gaming the system. If these vocal members of family failed to mention this, I wonder the credibility of their other statements. Sidney did maintenance work but was also a photographer and was well known for several photos in entertainment. Don't let fact get in the way of a good bunch of hearsay. I will continue to support these people until there is sufficient proof presented that shows they indeed committed the crime. I do not trust law enforcement in this case because they are too closely tied to the elvis family. We shall see in time.

Proof is coming down the pipe line. It is only a matter of time....

Collecting food stamps while having enough money to travel to Disney world several times in a year is gaming the system.

To anonymous supporters of the Moorers who don't trust the police and say that they will continue your support until you see evidence otherwise. Aren't you really saying you'll never believe their guilt? Won't your distrust of the police taint any and all evidence that shows their guilt?