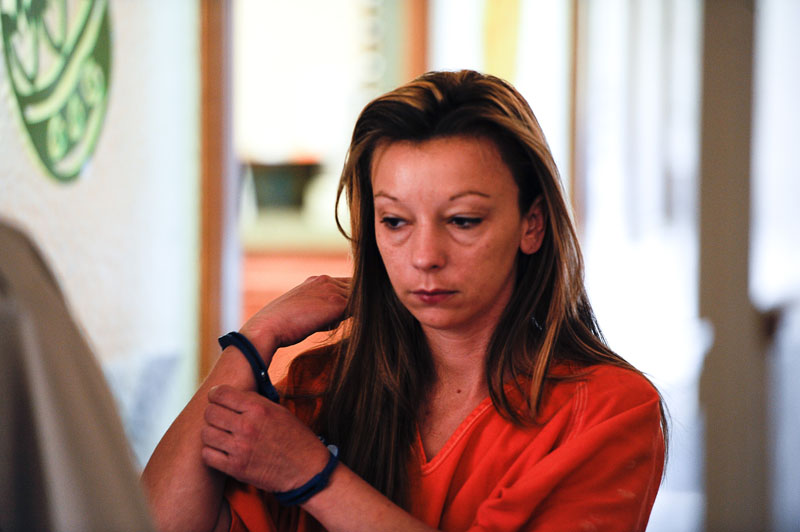 Billie Jean Dunn, mother of murdered 13 year old, Hailey Dunn, has signed a petition asking for a Grand Jury to be convened.

This must prove she is innocent.

Today, on "Statement Analysis With Peter Hyatt" we will examine the case and ask why officials have withheld releasing the remains to Billie Dunn for the past year...

HI Peter, i was wondering what your thoughts are on this statement from BJD?

I find it interesting John, that in that article she references the last year as being in hell. And no arrest and it has been a year.... What about the two years prior when Hailey was missing? Seems she is proving that the last year since the body was found is more sensitive to her than the time since her daughter went missing.

Billie Dunn asking for a grand jury to be convened isn't proof of innocence. My guess is that because its been a year and no arrests have taken place she's counting on law enforcement not having any more evidence tying her to hailleys murder. Billie is bluffing. Even while she's supporting the effort of a petition, she's also sabotaged the effort by once again providing false information (about where the petition was to be sent). Everything Billie has done since reporting hailley missing is mislead and withhold information.

BJD is doing what she thinks an innocent mother would do. She will always get it wrong because she isn't innocent. I wonder what SA has been up to recently....is he managing to avoid attention?

Billie said there is a petition, not that she started it so she needs to show support.

It is hell waiting for law enforcement to knock on the door to arrest you, right BD? It's hell when you see a cop that is on your street and you wonder if they're going to your house or they look at you--knowing who you are? Sleep well.

Billie Dunn said the lack of information is disheartening.

Not the lack of an arrest, just that she does not know what LE knows. Don't worry Billie, once you are arrested, they will tell you what they know.

She certainly didn't seem to be trapped in hell when her daughter was missing... not even in the early days!

I hope the Grand Jury that she is petitioning to convene ends up indicting her for murder.

Prayers in honor of Hailey Dunn....
✞ Please light an online virtual candle and help honor Hailey Dunn with a special prayer or loving thought. Today, March 16th marks the anniversary of the day Hailey Dunn was found deceased in Scurry County at Lake JB Thomas. RIP Hailey, you will not be forgotten.

✞"For where two or three are gathered together in my name, there am I in the midst of them." (Matthew 18:20)

Rest in peace, beautiful girl. May you get the justice you deserve and soon.

BJD says what she thinks people want her to say. Her behavior has always contradicted her words.

Some of the things Billie says on it made my jaw drop! Pictures of Hailey on the Xbox??

This one through me, i don't know who this is aimed at, or if it is a quote.?

Yeah,I just found that out when u did. I'm not friends with any sex offenders,I have met one or two,but wouldn't befriend someone if I knew they we're a SO.

Whats all that about?

You cannot release remains to a suspect. If they release the remains to her, she can finally say see, I told you I'm not a killer. :-/

When Hailey was "missing" Billie was out having fun. Said she "deserved" it.

Once the body is found now she's in hell.

She never stops telling us who she really is.

Did you notice the msg where she's talking about Shawn's cousin dating a teenager and he was an adult? But she's not 'friends'. I bet it was the same cousin in Shawn's stupid video.

It all boils down to LE believes Billie and other family members have been lying since the beginning, so until one of them tells the truth, her remains will remain in their custody. If Billie wants to do right by Hailey, tell the truth. End if story. She is a liar just like Casey Anthony.