Dylan Redwine: No Movement In Case 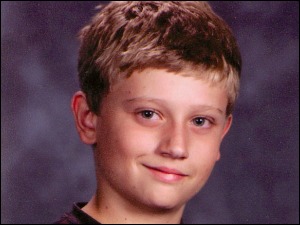 Even after the fumbling, bumbling appearance on "The Dr. Phil Show", and recent revelations of perversity, there remains no break in the case of missing 13 year old, Dylan Redwine.

Police have stated that there were no new clues, and said that they did identify the boys seen by the postal worker Mark Redwine claimed had seen Dylan.

Statement Analysis of the case has shown:

Mark Redwine is deceptive;
Mark Redwine has verbally indicated that Dylan is dead;
Mark Redwine was involved in an altercation with his young son, and remains the target of the investigation and the key to finding Dylan.

Mark Redwine's denials were "unreliable" and on television, he first agreed, and then refused, to take a polygraph, blaming the polygrapher's question, "Are you feeling well enough to take the test today?" for his inability to take the test.

His appearance showed the nation why it is that focus on finding Dylan remains with Mark Redwine, himself, and that his deceptive answers had a pattern to them, in that he often focuses on a single word of a question in order to avoid a direct answer.  He often adds words to his sentences which give him away.  When innocent parents of missing children feel that they have not done enough, remembered enough or reported enough, Mark Redwine says:

"I've done everything that I know how to do to be involved in every aspect of what's going on to find him."


Peter Hyatt as Statement Analysis Blog at 7:47 AM

The lake where the cadaver dogs have hit is thawing....soon divers will be able to search.

Good news about the lake Laurie.

Please let this bring closure to Dylan's mother and brother.

Certainly LE is taking their sweet time and smartly building a nice big case against Mark Redwine...
And hopefully Dylan is soon recovered.

I feel LE is overwhelmed with the high profile cases. It just seems the perps can get away with it if the body can't be found and they hire a famous lawyer. After the Haleigh Cummings case I just don't know what to think anymore, its hard to keep up hope for justice.The Casey Anthony case so disgusting with the whole family playing games with LE.
It is just so frustrating and it's starting to make me feel a little hopeless.

Even with a body abd a mom out living it up (Casey) still were not able to get a guilty.

And even as I watch this Jodi Arias trial, the prosecutor while he has made a few valid points, i feel can't not seem to focus on the right points. Don't spend 2 days discrediting the moron of a specialist. PTSD has no relevance on the case. Even if she has it. If I were him I would have addressed the jury said this is about the murder, not about Jodi forgetting the details. I would then then re-enact the crime with a timer running as Jodi stated. I would bring in closet shelves like Travis, put a gun on the top and make Jodi show everyone how she climbed up those shelves so everyone can see its impossible. I would focus on men vs women upper body strength and Travis being a wrestler. That an average woman is not going to Over power being tackled (linebacker style) by a man and a man who is a wrestler who knows the right positions to keep the opponent down.

Also saw a mock trial the other night on tv on one of those news shows (forget which one) and he commented on Jodi's Perfect hand writing in her journal one day after she claims Travis broke her finger. Ask her if her finger was bandaged and forced straight. Which is usually the case. Then being it was her Left hand, and she's left handed have that same finger bandaged in the same manner, and ask her to write. I personally tried this on mt writing hand, same finger and my handwriting was sloppy. Jodi uses that finger when she writes. They showed video from her writing in court. That could show her handwriting would be affected proving she lied about the broken
Finger.

But alas, we will likely spend his next days talking about domestic abuse.

We have some pretty poor attorneys these days.


And I do feel like Travis treated Jodi like a sex toy, is clearly perfected. Address it then move back onto proving the facts. The time, the closet, etc.

Jodi spent the entire testimony of LaVoilette with her hand to her cheek, finger crooked. Sort of a See what he did to me. Give me a break..

She hasn't realized that the abuser was herself.

QChick,I hear you on the whole pessimism thing, it is hard to watch deceptive parent after deceptive parent escape earthly justice while their children are dead or remain "lost" forever. The list over even the past couple of years is astonishing Deb, Mark, Terri,Casey, Lena, etc it breaks my heart and makes me angry.
I wish that when a child is reported missing that it would be ROUTINE STANDARD PRACTiCE to process the family home(s), vehicles, location che disappeared from, as well as OBLIGATORY POLYGRAPHS for parents and othe family as needed. Why do the rights of the parents come before a lost/missing/abducted/murdered child? I wish police could do this. Also, I wish they could examine all household computers, phones and cell phones. Maybe there could be some kind of immunity for any other "illegal activity" that might be turned up so drug parents would cooperate better. I don't know.... I'm just wishing there were ways to give the authorities more thunk to help the kids. I wish...

You are onto something there!

OT Haha! Does anyone else ever to back and read what they've posted with a mind on SA. I do sometimes, like just now with my "hear and watch" . What a sensate post, how interesting words are~this topic realty "touches" my heart. I love language and am fascinated by statement analysis. I'm sorry there is a need for it but I appreciate Peter and all the posters here!

The Tennessee Bureau of Investigation has issued an Endangered Child Alert for a 16-month-old boy believed to be with his potentially suicidal mother.

Landon Cole Barnes was last seen at 3:45 p.m. Tuesday at his grandfather’s home in Parsons, Tennessee.

According to the TBI, the missing boy’s grandfather arrived home to find that his daughter, 26-year-old Katie Lin Barnes, had allegedly packed all of her and the child’s belongings and left the residence with her son.

The Decatur County Sheriff’s Department stated in a missing poster that Barnes texted her father at 5:45 p.m. that day and said she did not want to live. Police say Barnes is bi-polar and is not taking her medication, according to the poster.

They may be heading to Memphis or Covington, Tennessee, according to authorities.

Landon Cole Barnes is described as a white male with blue eyes and blonde hair. He is 3 feet tall, weighs 40 lbs and was last seen wearing a blue t-shirt and a diaper.

Katie Lin Barnes is described as a white female, 5’6” tall, 150 lbs with has green eyes and blonde hair.

Bravo Shelley. You make excellent points on what the prosecutor should focus on. Making a point of PSTD in trying to negate it is only going to reinforce the possibilty and create the potential reasonable doubt. Demonstrating the impossible is a much better tact. Providing the judge would agree to it

I am hoping there will be a focus on timeline regarding missing children. The idea that your child can be missing a month and you don't report it should have horrible repercussions to the person responsible for the child. I am trying to keep up hope but it is true even after they find a body it doesn't always help prosecution.
Hopefully LE is able to build a case, I still am hesitant to believe as all these perpetrators with their weird personality disorders seem to find people that will defend them to make a name for themselves.

FBI searching for missing 10 yo in Northridge L.A. She disappeared from her house last night. Mom says she checked on her daughter, Nicole at 1 a.m. and at 3:30 a.m. Three is the liars number.
I will see if I can get any direct quotes.

She has been found!

To clarify, Nicole was found around 3 PM today at a mall about 6 miles from her house at a Starbucks, alive and seemingly well. She is being transported to either hospital for exam or police station, not sure. The link seems to be a live broadcast. No word on exactly what happened.

Websleuths interview with Elaine Redwine earlier this month. Elaine talks about the pictures at around the 49 minute mark in the recording.
http://www.blogtalkradio.com/websleuths/2013/03/18/websleuths-radio

"ER: They were picture of him dressed in womens clothing and wearing diapers and ummm.. "
"TG: Eating feces.."
"ER: Yes"

The pictures were also said to have been brought up by Cory, and discussed on the Dr Phil show, however the footage was cut.

Who knows, maybe they felt it went a bit too far for the average Dr Phil viewer? But, it speaks volumes about what may have happened to Dylan, based on the timing of the pics being found (previous visit), Dylan refusing to talk to or contact his dad and the 'sit down' discussion Mark says he wanted to have with Dylan the night he arrived/ disappeared.

I thought the same thing...that's a huge 16month old!

MEMPHIS, TN (abc24.com) - A West Tennessee Endangered Child Alert has been canceled for 16 month-old Landon Cole Barnes after he and his mother were located safely in Memphis.

The alert was issued by the Tennessee Bureau of Investigation on behalf of the Decatur County Sheriff's Department just after midnight on Wednesday, March 27.

At the time the alert was issued, Landon had last been seen at his grandfather's residence in Parsons, Tennessee at 3:45 p.m. on Tuesday, March 26. Landon was found with his 26 year-old mother, Katie Lin Barnes.

Landon's grandfather arrived home to find that Ms. Barnes had packed all of her and the child's belongings and had left the residence with Landon. She texted her father at 5:45 p.m. and advised that she did not want to live.

Katie and Landon Barnes were located Wednesday afternoon at a friend's house in the Frayser area. The mother was taken to the hospital for suicide treatment, and the child was released to the TBI and Decatur County Sheriff's Office.

Girl, 10, FOUND alive but injured six miles from her California home after she went missing in the middle of the night
Nicole Ryan was dropped off by someone outside Starbucks in Woodland Hills
Had no shoes on, was dressed in clothing that she was not wearing the night before and appeared confused
Nicole suffered cuts and bruises to her face
Police search for two men suspected in the abduction
Girl last seen just after midnight at her home in Northridge

OT thank goodness Nicole Ryan was found alive! Her parents must be overwhelmed with emotions! I think I would be grateful the abductors didn't kill her and enraged (to put it mildly) that they had hurt my child. I hope they have a lot of strong support around them and I hope they catch the ciminals before they act again or escalate behavior. Jmo .

There's a reason that lie detector tests are inadmissible in court. I would NEVER take one, especially if I was innocent. Dr. Phil has made the nation think that these tests are always valid and has used them to conduct a witch hunt. They aren't.