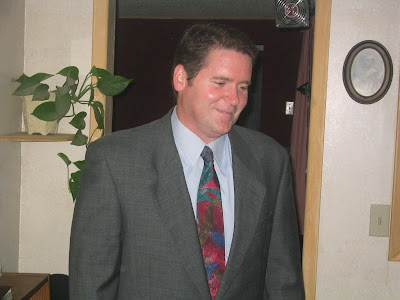 You can hear Crime Wire Investigates Tuesdays at 7 p.m. Eastern.
Please visit our Crime Wire Website for more discussion in the Forum section.
Together we can make a difference.

Statement analyst, Peter Hyatt, has followed the case of Hailey Dunn from the very beginning.
Hailey Dunn went missing on December 27, 2010 and almost immediately the mainstream media picked up on the case in an attempt to find the 13-year-old, her mother appearing on The Nancy Grace Show. The case has twisted and turned at every direction and includes more than its fair share of sex, drugs, and rock and roll, often losing site of the fact that a young teen is still missing.

Peter Hyatt and Kaaryn Gough, both well-trained statement analysts, will combine forces on Crime Wire to discuss the topic of “leakage” in what people say in conversations and interviews. Leakage is defined in statement analysis as the brain knows the truth and the words chosen reveal the truth, even when the person does not consciously want the truth to be told.

On March 16, 2013 badly decomposed and skeletal remains were found in a field of cactus and brush in Scurry County, Texas, 30 miles away from the area that 13-year-old Hailey Dunn was last seen. Peter Hyatt has written volumes about the case and has offered several theories based upon the vast amounts of statements given by the players in the case in interviews. For a wrap up of those theories, refer to Hailey Dunn Case Hypothesis
Since the remains have been found the public has been waiting for an identification and possible arrests. Hyatt hypothesizes, ”that the delay in identifying the remains is not due to DNA testing results, but due to the due diligence applied to this case, including consulting forensic experts. The delay suggests not only due diligence on the part of the prosecutors, but that the remains may have yielded physical evidence to be used in the murder trial. I believe the remains will yield critical and vital information.”
Statement analysis has become an important investigative tool in many high profile cases where case players often seek the limelight and speak in public, often trying to cover up what they know.
In a statement analysis, the investigator focuses on the words, lack of words used, body language and/or handwriting in the response from a witness or subject to to determine truthfulness instead of focusing on the facts that are stated. The key to using these techniques is often deviation from the norm or a deviation or switch from one type of descriptive communication to another. This type of investigative interviewing technique can be quite effect and is used and officially taught by top rated investigative organizations such as the Federal Bureau Of Investigation and the Central Intelligence Agency.
Tune in to hear the in depth discussion about the latest developments in the case of missing Hailey Dunn. Call in with questions or comments, or participate in the interactive chat room.
http://www.crimewiresite.com/
Peter Hyatt as Statement Analysis Blog at 5:41 PM

Wow Peter! Can't wait. Love you blog and have followed you since Hailey went missing. Thank you for all you do.

What is the link to the chat room?

Peter, Don't forget Sidney Randall! No news yet people post constantly every day on Baby Ayla (sp sorry) on random posts. Sidney matters just as much, but you haven't posted on her in a long time.

This blog is very intense and "prods"every single brain cell I possess! Thank you all for making the"Internet"interesting again!ps I hope the victims you publicise get justice.

I missed some of the show when it was live and thought I could listen to it all after but I can't find a link. Would someone please point me to the right place to listen now that it's over?

Please ignore my request. It appears I just had to wait a few minutes to be able to play the show.

ME said...
This blog is very intense and "prods"every single brain cell I possess! Thank you all for making the"Internet"interesting again!ps I hope the victims you publicise get justice.
April 16, 2013 at 8:12 PM >>

thanks for the compliment.

As iron sharpens iron, so do the readers sharpen the analysis. BL provoked me with that wild statement from BJD today, and hobnob keeps things going.

Thanks to everyone who listened in tonight. As Peter said, "iron sharpens iron" and your input keeps us thinking (and on our toes!)

Thankyou for another great show Peter.Kaaryn and KIm, wow Kaaryn you are a gorgeous looking lady.
I am glad peter posted your pic on the blog, i find it helps to be able to put a face to a name and a voice to a face.

I find that in my job that the members often talk the way they type and some look the way their voice suggests though not always, There was a lovely member now passed that for several weeks i thought was a lady as his voice was old and feminine, he had a soft face as well.

I learned a lot tonight and there wasn't too much leakage though peter makes a lousy liar.

I look forward to many more posts from you Kaaryn here and appearances on the show.

Peter and Kaaryn you make amazing and patient teachers and explain things in a way we can all understand be it those of us who have been learning SA for a long time or those of us who are taking our first steps in SA and also those who have never heard of it before now and came here because of the topic being discussed.

It also shows me how little i know, how much there is to learn and that patience is a virtue.
I want to know it all yesterday ~ stamps tootsies~
Kim makes a wonderful host and gets our questions answered.

The show is never going to be long enough.

I can not make it to the show, but could you tell me why Billie called Shawn MHMR? I am wondering is he mentally challenged and mentally retarded? If he is would this help him get off of charges for murder, if they ever filed them?

Peter, is this a picture of you in your new suit?

Love to you Nanna Francis. Pneumonia can be very nasty, but you are one of the strongest people I know. Please get well soon. I am thinking of you.

Nanna's ill? Get well soon, Texas Feisty. We need you here. You're in our thoughts.

I think they found a flip flop with the remains. No inside knowledge, just a hunch.
Poor Hailey. :(

Since semantics is so very important, can it be clarified that "decomposed remains" does not refer to remains with tissue, hair, etc. still attached/intact; all reports indicate the remains were fully skeletonized and were in an extreme partial state (meaning the remains found were minimal, though very likely enough for an ID, I don't want to swing things the other way and make it seem as if I'm posing doubt as to whether or not an ID can be made).

I'm always late to the "party". Sorry to hear Nanna Francis is "under the weather". God speed you are well soon.

I will look forward to hearing tonight's Crime Wire episode soon. Life has turned on a dime and I don't have the same opportunity as before to learn/listen/share.

Happy days, all and God bless.

@ Ms Lemon and Nic
I think Nanna-Ba-nanna is better... TY Peter for letting us know!

I missed the show, but I will listen through the link posted above.
It will be nice to hear the voices behind the words I read. I love reading here....think maybe too much!

Peter (or Karen!) I know you are busy and Hailey's case is important to you and other posters but would it be possible to post more analysis on The McCanns? Kate is in the newspapers again. This case frustrates me no .

I tried to listen last night when the show was live (I think) - around 6:45pm. But I couldn't figure out how from the insidelenz page on blogtalkradio. Any help?

The brother of Tenn. governor Haslam speaks in this very recent press conference about an FBI raid at his company.

Great show last night. As always, I learn something new!

Total Belief in the Subject is the principle I could to remember last night. It is a fascinating paradox.

Appreciate the recommendation. Let me try it out.

It's appropriate time to make some plans for the future and it's time to be
happy. I have read this put up and if I may just I wish to suggest you some interesting things or tips.
Perhaps you could write subsequent articles relating
to this article. I want to learn even more things about it!

Do you have a spam issue on this site; I also am a
blogger, and I was wanting to know your situation; many
of us have developed some nice methods and we are looking to exchange strategies with others,
please shoot me an e-mail if interested.