Where is the Shawn Adkins' Family? 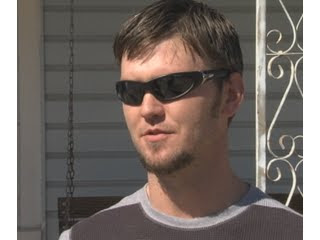 Question:  Where is the family of Shawn Adkins?

If the remains in Scurry County belong to Hailey Dunn, we can expect two arrests to follow closely afterwards.

In a criminal situation where two or more suspects are involved, law enforcement often counts on one or more of the suspects testifying against the other. In the case of missing 13 year old Hailey Dunn, this has not happened to date, as Billie Dunn and Shawn Adkins have remained loyal to one another, not to date "throwing" one or the other "under the bus" to prosecutors.

I think this unity is about to come to an end. 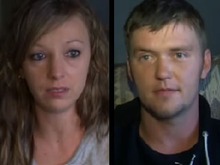 Billie Dunn was loyal in the conspiracy of silence to Shawn Adkins up to the point of even lying to police to protect him.  While many said "they were broken up", Statement Analysis noted the pronoun "we" used by Dunn, the spokesman, and knew otherwise.  Even now, as she is beginning to publicly "suspect" him, even using the word "hate", she continues to use the word "we" to describe them. "When we broke up..." instead of distancing language such as "I broke up with him..."

During the ongoing saga of this case, language shifted from the "Hailey Dunn case" to the "Billie Dunn case" as the missing 13 year old's mother has gone "front and center" since it broke, most of the time going against her own lawyer's counsel. In taking the lead, the deception became easy to discern and she has made her own case, and that of Adkins, much worse.

When there are two or more suspects, it becomes likely that one will testify against the other.  In this case, I believe that it will be the Adkins family who will convince their son, Shawn Adkins, to testify against Billie Dunn, in exchange for certain concessions from officials.

When there are two suspects linked together, one often testifies against the other for some form of favorable returns:  reduced sentence, avoid death penalty, and so on.  This is common.
I think that Shawn Adkins will testify against Billie Dunn in exchange for a reduced sentence in some form of protective custody.  With the child pornography, his family must seek a guarantee of his safety.
Most families would.
I think he will make a deal and here is why.
His family will see some of the elements of the case and seek to persuade him to cooperate with prosecutors.
This is my guess: 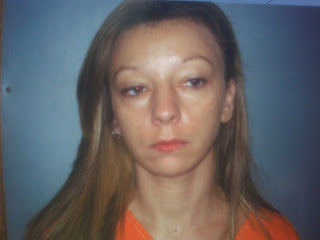 I've read about similar cases before and it seems like the guy usually wakes up to the truth after he has been convicted and has sat in prison long enough to realize he has been duped and is left holding the bag, after the female half has her trial and gets off easily by putting all the blame on him. Hopefully Shawn is smarter than this but I don't know, he seems addicted to Billie to the point he will sacrifice his life to her.

I was wondering Peter if I could get either yours or the groups feedback on a statement. I'd appreciate any help. It's a short reply in response to a request for a groups support for putting up a sign saying "unsuitable for horses". (The group are not affiliated to horses in any way)

The text is as follows:-

"Given forgiveness for the obvious, horses cannot read; maybe the words should be more assertive, "Equestrian passage Forbidden" or such like. I am happy with this embargo to protect the rather brittle nature of the sheets deployed this morning. A dropped brick in this cold weather could induce minor fracture and the substructure would be at risk again. So go ahead, although I must admit that I have not seen a horse and rider trot across the foot bridge in my time. Who gave you this information I wonder?"

I have always wondered how Shawn's family is taking this and what advice they are giving him. I know nothing about them, as Peter says, they have remained quiet. Local news report that they do not answer the door or phone for interviews and neighbors report they are honest, hard working people. I can't imagine what they are going through. I feel for them and hope that they are able to convince Shawn to confess. He may be far beyond taking his family's advice.

Peter: re: your hope that the Casey Anthony jury was a "one-off monstrosity." I also have hope that a jury can and will see through BJD and SA's lies, despite whichever one "makes a deal" first.
However, I think that with the advent of mass media (i.e. Facebook, Twitter, etc) it is just too darn easy to confuse facts among the general public. So, maybe like Casey Anthony, BJD and SA will "get away with it." Maybe OJ, Amanda Knox, the Celis parents.....the list unfortunately goes on and on, maybe they will ALL "get away with it."
Maybe they will have supporters for the rest of their lives despite their inability to give simple, coherent explanations of their last moments with their missing/deceased "loved ones." Yes, "innocent until proven guilty." By all means. Sorry, I am just bitterly disappointed in humanity.

I have always wondered how Shawn's family is taking this and what advice they are giving him. I know nothing about them, as Peter says, they have remained quiet. Local news report that they do not answer the door or phone for interviews and neighbors report they are honest, hard working people. I can't imagine what they are going through. I feel for them and hope that they are able to convince Shawn to confess. He may be far beyond taking his family's advice.

yours is a thoughtful and intelligent post.
Please choose a name.
Your contribution is appreciated in this blog.

OT
Has anyone been following the huge cheating scandal in Atlanta? Multiple arrests, including the superintendant of schools.

The superintendant, Dr. Beverly Hall, claims she knew nothing of the cheating and has retained an aggressive attorney.

I found an old interview with her in which she says, when asked if she was involved, “I did not know and if I ever knew it would’ve been dealt with" and "I can't make anyone cheat."
http://thegrio.com/2011/11/29/beverly-hall-i-cant-make-you-cheat/

It's an interesting one for statement analysis.

This is the most interesting and thought provoking article I have read on the subject of the Dunn case...my thanks to the writer. I had wondered about Adkins' family but this delves into the matter in many ways that I had never considered. Looking at the Dunn family, who seem to be the Carnival of Lost Souls, it's easy to guess that Billie might have been abused as a child; however, there comes a point in every life where we all have to answer for our own actions. That's especially true when it comes to our treatment of those we are charged with protecting, those weaker than us, those dependent on us. I wish Haleigh had had someone to protect her when she needed it; but I am very glad they found her, and hope she can tell them even now who did this. And as for Shawn Adkins' family, they need to remember that he reached the age of accountability long ago. Sometimes sociopaths are sociopaths just because.

Shawn Adkins is a murderer of a 13 year old child. Hailey never went over to her friend for a sleepover as Adkins had told police and Hailey never went over to her fathers' home as Adkins told police. Adkins worked full time yet the day Hailey went missing he clocked into work and clocked out 30 minutes later at 6:30AM telling the police that he had been fired but when talking to his employers they said Adkins had not been fired. Whatever Adkins was into he was in it up to his eyeballs and a willing participant. Billie is a trashy, neglectful mother who didn't deserve Hailey as a daughter. They both need to be arrested- what is taking the police so long? We need JUSTICE FOR HAILEY NOW!

Sheryl I agree the evidence is in their face....law enforcement can be so dumb at times

Just because a family doesn't step into the spotlight and is being discribed by neighbors as 'hard working people' says nothing about what's going on in the home.
There are hundreds of examples of families who are being called 'loving, hard working, and nice people by neighbors while at the same time these people had kidnapped children or are child abusers or have other criminal activity going on behind their front door. Not knowing anything and coming to a conclusion these people are 'okay', is ignorant to me. Sure it is smart to silence and let LE do their job but to me it says nothing about their "kindness".
Without statements or information you don't know who they really are its only speculation. So many neighbors have said 'we never thought this was happening behind those doors". Its even possible to have 13 children and neighbors didn't know there were living 13 children in the home for decades who got abused for years.
So neighbors telling "they are hard working people", says nothing about who they really are.