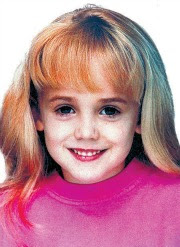 In Statement Analysis, we are especially interested in "unnecessary" words; words in which a sentence is complete without.  Some of these words may indicate the presence of sexual abuse.

For example, a social worker will tell you that a repeated washing of hands by a child not previously known to wash his or her hands, may indicate sexual abuse.  There is no "re-interpretation" of the activity:  the child is washing his or her hands more frequently.  It is the "why", behind the washing, that the social worker, school teacher, doctor, nurse, or concerned person is focusing upon.

In language, it is the same thing.

There are certain words which are not necessary to complete a sentence that enter into statements in which sexual activity (including sexual abuse) enters.

Notice the difference between the two sentences:

What is the difference between the two sentences?  What caused the second subject to give the additional, and seemingly unnecessary information about turning off the lights?

Something in reality took place that caused Subject B to give this additional information.  Follow up interviews, over many years and many interviews, revealed what likely or had often taken place.

Take the following into consideration:

as possible linguistic indications of sexual activity including sexual abuse.  We often find the word "child" within the language where possible abuse exists or is considered.  When I hear someone use the word, I often ask their profession as social workers, nurses, teachers, and others who see children "at risk" often will say the word "child" instead of "boy, girl, kid" and so on.

When someone speaks of growing up and refers to himself or herself as a "child", it is closely associated with child abuse, with a high percentage towards sexual abuse.

Toronto Blue Jays pitcher, RA Dickey claimed to have been sexually abused in childhood, as did LaToya Jackson of the famed Jackson family.  Both, in speaking of themselves growing up, used the word "child", a verbal confirmation of their claim.

Lights are often associated with sexual activity; some positive and some negative (lights off), including failed romance (turning off the lights) in a relationship.

Doors opening and closing are sometimes found in the language of children, recalling a time of abuse, where the door opening increased anxiety, for example, in the statement.  For some adults abused in childhood, we find similar references, where there is no necessity in referencing water, doors, windows, but it is found, just the same.  These are found in child interviews when it appeared unnecessary for the child to add it to his or her account.

The lack of necessity in the statement, itself, is what makes it so important to the analyst.

The truck driver killer who raped and murdered a teen on the highway mentioned that he went to the gas station yet felt it necessary to say he washed his hands after using the bathroom.

Misty Croslin felt the need to mention not only a washing machine, but the blanket of Haleigh Cummings, when it was not necessary to mention either.  I believe Haleigh Cummings was sexual abused and likely died from a drug overdose...at the age of 5 years.

Coverings:  Besides those abused sexually, this will sometimes enter the language of war veterans who suffer from the trauma of having elevated flight/fight hormones leaving horrific imprints upon the brain.

"I went to bed, pulled up the blanket and went to sleep."  It is not necessary for most of us to mention the blanket, but to the one in need of "covering" or "protection", it is necessary and important, whether it be protection from an abuser, or from artillery.

Note here the interview with John and Patsy Ramsey.  The entire interview is analyzed (deception indicated) elsewhere.  Here we focus upon a specific statement by John Ramsey

Deception has been indicated (see prior analysis) and here are some relevant answers by John Ramsey:

CABELL: Are you fully convinced that your daughter was kidnapped by some outsiders outside your family or circle of friends?

Note that Ramsey answers the yes or no question with "yes" but then immediately stumbles over the pronouns and instead of focusing on the "outsider" who did this, he enters a defense of his own family.  Why the need to assert after a violent crime that "its" a "gentle" family?

CABELL: How did you happen later to look in the basement?

This question is directed to John Ramsey who found the body.  Our expectation is to hear him say what he did.  This is highly personal to a father.

RAMSEY, J: Well, we'd waited until after the time that the call was supposed to have been made to us, and one of the detectives asked me and my friend who was there to go through every inch of the house to see if there was anything unusual or abnormal that looked out of place.

Before stating what he did, he shows us his priority.

1.  We waited for the call
2.  The detective asked me
3.  look for anything "unusual" or "abnormal" that looked out of place.  Is there something "abnormal" that can look 'in place.'?

He does not say "I found her in the basement" but instead sets a scenario where the responsibility rests with the detective, not him.

RAMSEY, J: Look for clues, asking us to do that, give us something more to do to occupy our mind, and so we started in the basement, and -- and we were just looking, and we -- one room in the basement that -- when I opened the door -- there were no windows in that room, and I turned the light on, and I -- that was her.

Note the plural: "asking us", give "us" and occupy "our" mind; as if he and his friend (who is not named indicating a lesser social introduction) were sharing one mind.

"So" tells us why "we" "started" (again plural; note also activity started but not completed).  This shows the reason he did something making this a very sensitive point.  Why would he feel the need to explain why he did this, or the need to put the responsibility on the police?

Note how far he goes before telling us the simple result. He gives an abundance of detail leading up to the simple and expected "I found her."

"I opened the door" has not only the reference to "door opening" but also has the pronoun "I", instead of plural, making this a very important sentence.

Note the broken sentence that began with the most used pronoun in English:  "I" as an incomplete thought.

What was he going to say?

Please note that he was not able to say "I found her" but only "that was her."

This is an indicator that he knew where she was and did not "find" her at all, only that he showed others where her body was.  This is further confirmed by his need to explain why he even searched for his own daughter.

The Grand Jury indicted the Ramseys in the death of Jonbenet, but the prosecutor, Alex Hunter, in face of the high powered private attorneys of the Ramseys, refused to sign the indictment, and deliberately misled the public into thinking that the Grand Jury did not indict the Ramseys.

There is enough here, as well as elsewhere, linguistically, to suspect sexual abuse of Jonbenet.
Behavioral Analysis shows repeated bed wetting and urinary tract infections, both in which are found in sexually abused children.

I remember listening to a Misty Croslin interview before I discovered your blog. I was so confused about the whole blanket story. I could see that she was trying to avoid saying what happened and instead she was focusing on what preceded the actual event, but I couldn't understand why talk about a silly blanket and not come up with something else. Now I realise she couldn't have come up with anything that wasn't already in her head... what horror...

Maria, It is a well known fact that Misty Croslin lied about every event that she claims took place that night. Maybe she even lied about washing Haleigh's blanket and another load of laundry, or maybe she didn't lie about doing laundry. Maybe doing the laundry was part of what the Cummings coerced her into doing to help hide the evidence.

I'd lay money on it with anyone here that cares to match me that Misty is NOT the one who killed Haleigh Cummings and NOT the one who sexually molested her, or had any part in it. Mother Teresa is the one who engineered the entire clean up and disposal of Haleigh, and every interview that involved Misty; and very likely is the one who was babysitting that evening.

There is NO WAY Mother Teresa, her mama and slick Ronnie would have gone to the great lengths they went too to lie for, cover up for and protect Misty to the extent they did, had she been the one responsible for Haleigh's death. It seems to me that even a fool would be able to see through this. They would have turned on her in a New York minute had it been Misty who drugged, raped, participated in, murdered or disposed of Haleigh.

There was evidence (all ignored and still is) that Misty wasn't even there that evening prior to 2:13 a.m. when the first call went into the PCSO that Haleigh was missing; made by someone else from Ron's trailer to a private number at the PCSO; NOT made by Misty Croslin, who was seen and heard out in the yard crying hysterically at 2:15-2:20 a.m.

It was RONALD CUMMINGS and/or his drug buddies who molested, raped and killed Haleigh, likely a lingering death from an earlier brutal rape and beating by Ronnie that afternoon, and quite possibly overdosed as well; and every Cummings alive knows this. What the Cummings did was dispose of and hide evidence prior to the 3:27 a.m. hoaxed up call they talked Misty into making and coached Misty into telling the lies she told and convinced her she had to cover up for Ronnie baby as they ALL did, including PCSO.

What sickens me is to see someone else who is in a position to see through all the lies, ignoring all the lies and evidence that pointed directly to Ronald Cummings and his family conspiricy, (including his/their buddies at the PCSO covering up for him) and their conspiricy in protecting teflon Ron while setting up and leaving Misty high and dry to take the fall and pay for what RON/THEY did; and still do.

There will be no justice in this case until the judgement day rolls around for those involved in this angel's abuse and death, and all the many lies they've ALL told; then those involved will bust hell wide open.

Anon, I think it's a mistake to assume that because someone lied about one thing, everything they said is a lie and should be disregarded. In fact, statement analysis is able to pinpoint which statements are lies and which are not, to a high degree. Examining the statements of people like Misty Croslin and John Ramsey gives us a good idea of what did happen.

Whether Misty committed the murder or not, she had guilty knowledge of it and it leaks out in her statements. This does not mean the others weren't involved, we have to look at each person's statements to ascertain.

"there were no windows in that room"

The statement is completely extraneous. The fact that "that" room "had no windows" is very important to the story of JonBenet.

Very interesting analysis...I have lays believed the parents were not complicit. This makes me wonder...after all this time.

Anonymous, there are more really interesting and revealing articles on the JonBenet Ramsey case here. Just use the search option of the blog and you'll find them!